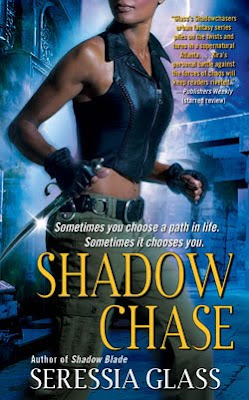 Kira is back – back from the dead, brought back by Khefar and is now the Hand of Ma'at. With new duties and a new role in life, Kira has much to handle – but first and foremost she has to deal with the death of her handler, mentor and father figure. Now the battle is won she has time to mourn and time to put his affects in order and scatter his ashes.

But under it all she worries about her shadow taint. She took on some of the shadow fighting the fallen and now it is a part of her. A devotee of Ma'at, she is painfully aware that her heart is no longer lighter than Ma'at's feather – as well as the harm she did to her friends and innocents while under the shadow's influence

She also has time to explore her relationship with Khefar, the immortal Hand of Isis and the only man she can touch without her powers harming or killing him. But what future is there between them when she has her shadow taint and Khefar is approaching the end of his curse?

Of course the world doesn't wait while Kira balances her life. A chaser has gone missing along with an artefact that could literally destroy the world in the wrong hands – or simply if it is not returned soon. Kira has little time to grieve when she has the world to rescue, ancient Egyptian artifacts to return, a flood that would cover the globe – and the shadow of Set himself rising on behalf of the Shadow.

I love this book – and I was surprised. I expected to like it after the first book, but I didn't expect it to get this much better. But, yes it was a huge step up of an already good start.

I love the world. I love the Egyptian deities – and way beyond the common ones known to many. There's a lot of research here and a lot of information. Beyond that, the world itself is wide and broad with many layers and nuances. As part of that this book has a lot of great world building (and hints of more to come). Admittedly, some of this is done in the form of lectures but it never gets dull or to the point of me starting to wanting to snark it. Nor is it ever unrealistic.

I have an ongoing discomfort with the treatment of Anansee. As a west African deity, I feel he is very much in a servile role and, perhaps, potential pocket deus ex (though they have a wonderful story reason why he can't use his full abilities)

Kira is a very powerful character who manages to avoid so many of the tropes we see in urban fantasy. Her decisions are informed and sensible, she acts independently despite being under the aegis of Balm and Ma'at. She is defiant and refuses to genuflect to authority while at the same time avoids being seen as a rebellious teenager lashing out at any and all authority figures. She has a good and complicated relationship with Khefar and, while she falls in love with him relatively quickly, it's also well explained and justified. She also refuses to fawn over him and is willing to challenge him when he steps out of line, tries to control or instruct her while at the same time not looking like she argues with him for argument's sake.

All in all, I love this character as one of the few that gets it all right. Intelligent, independent without being rebellious or defiant for the sake of it, tough without being constantly enraged, capable without being perfect and all with realistic, decent relationships with those around her.

I don't dislike any of the characters or relationships. They're all very multi-layered, none of them are perfect and none of their relationships are flawless. There's no fawning friend who exists to serve, even if there are loyal friends who are there for Kira. Love doesn't make Kira and Khefar happy-sappy and Kira's relationship with Balm is complex and nuanced with good and bad.

Race wise, both Kira and Khefar are Black and there are a large numbers of side characters of colour, it's a very diverse series without a lot of the tropes we've come to know and loathe.

On the GBLT front, we have an ambiguously gay man. Pavel Gunderson is western Europe's Shadow Chaser who is very close to his handler – he loves him and is wounded when said handler goes missing. It's never explicitly said that they were in a relationship but it is very very very heavily implied.

The problem is, I think I'd prefer it if he was straight. Despite being a Shadowchaser – the elite fighting force of the light, lethal and dangerous enough to go toe to toe with some of the worst things the Shadow has to offer – Pavel is weak. He's emotional, he has the judgement of a concussed penguin and Kira repeatedly thinks about “how green he is” and wonders how he ever passed the tests and means to challenge the Gilead for ever letting someone so incapable be a Shadowchaser. He's worse than any Shadowchaser Kira has seen, he's immature and young for his age, no other Shadowchaser would have got into this position, he pouts like a sulky teenager etc etc etc. He doesn't appear without contempt and derision poured all over his weak childish patheticness. This plays too far into the trope of gay men being so much weaker and more childish than their straight counterparts – especially since he's supposed to be an elite warrior.

And, unsurprisingly, his handler and man he is in love with dies.

All in all this is a great book with very few flaws. I really liked Shadow Blade, but that book in some ways served as an introduction for this – this is much deeper, more epic and much broader than the first book and the characters are really coming into their own. The story is good and exciting, the world is broad and fascinating but above all the characters (the main characters anyway) are what sell this book to me. They're deep, they're nuanced, their complex, they're human and they're so utterly lacking in so many of the tropes we see.