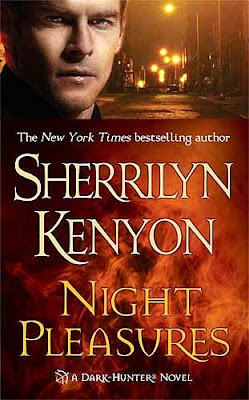 
As such, Fantasy Lover is part of the world/storyline and shares characters but is not considered part of the Dark Hunter Series). Setting that aside, I think this is the first Dark Hunter novel).
Posted by Sparky at 9:00 AM