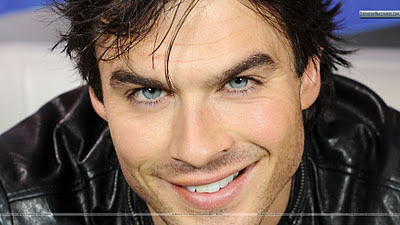 Anyone following Ian Somerhalder on twitter will quickly discover that he has a passion for animals and the environment.  He is constantly tweeting to raise awareness or to encourage funding for various groups that deal with either the environment or animals.  Obviously, these are extremely necessary and worthy causes.  In fact most would be hard pressed to see where this kind of activism falls short.
Somerhadler recently linked to a cat slaying in Arkansas.

This past week, The Washington Post’s Marc Fisher attacked this country’s great media divide. He embedded with South Carolinians of differing political viewpoints and tracked their divergent news diets. “There’s more campaign news and commentary out there than ever before,” writes Fisher, “but more and more citizens are tucking themselves inside information silos where they see mainly what they already agree with.”
For further evidence of this phenomenon, try pumping “liberal dead cat arkansas” into Google News. Those search terms fetch a chilling and apparently partisan story from Russellville, Ark. The skinny is this: Jacob Burris, the campaign manager for Arkansas Democratic congressional candidate Ken Aden, found his family’s cat slain in front of his house, the word “liberal” painted on its dead body. (source)

Obviously this crime is heinous and represents a break of trust between humanity and animals.  I was in complete agreement with Somerhalder's desire to raise awareness until I read the following:

At this moment, my blood began to boil.  He expects police officers to seriously investigate this matter, and then even went as far as to promise to start his own investigation, if they didn't follow through.  Gee, whatever could be wrong with Ian dedicating himself to hunting down a cat murderer because of police neglect?  Well, I will tell you what the problem is. At this moment, there are literally hundreds, if not thousands of missing people of color whom the police in their infinite wisdom have not bothered to investigate. When a White child goes missing, the amber alert flashes, and the media reports on the missing child repeatedly.  The blonder and prettier the child, the more likely that the alarm bell will ring.  Obviously, these categories specifically exclude children and women of colour.


Forty percent of missing people are people of color, and yet they receive nowhere near the kind of attention that White women, and girls receive.  Names like Caylee Anthony, Jon Bennett Ramsey, and Elizabeth Smart are household names, but have you ever heard about Jhessye Shockley, Channie Russell, or Kalisha Madden?  These girls would be household names, if society gave a damn about missing Black people.  It is left to organizations like The Black & Missing Foundation, and various bloggers to raise whatever awareness we can for the missing in our communities.


Craig Henry, executive in charge of production at TV One, says the presumption in this country is that “black people live in impoverished conditions, so there’s not the same sense of outrage” when black Americans disappear.

“We are also accustomed to seeing stories and news reports of black people involved in criminal activity, and not very often the victims of crimes,” he said.

Derrica Wilson, the CEO and co-founder of the Black and Missing Foundation, says it is the public’s attention and media  coverage that help find the missing, and this new effort could save lives or give families closure. She said many of the missing black women are victims of human trafficking. Since 2008, her organization has helped to either locate or bring closure to 71 missing persons cases. This January alone, the organization helped find six people, and all six were found alive.

“We all know that black and Latinos, or any person of color, who go missing oftentimes do not receive the much needed media coverage, which could drastically increase the odds of their safe recovery,” she said. (source)

Ian is not personally responsible for the lack of coverage of missing Blacks, but just like every White person, he personally benefits from the medias constant focus on White people.  The fact that he thought that highlighting this cat was so important, while there are missing Black people who have received no media attention, and have wrongly labelled as runaways, so that the police don't have to actively investigate speaks volumes.

As a White male actor, he earns his living participating in White run media culture.  On his show The Vampire Diaries, there is a constant celebration of Whiteness (all hail the founders), revisionist history in terms of slavery and the civil war, as well as a penchant of having Blacks ending up as snack food for Caroline. His character was a confederate soldier at one point, which of course helps with The Vampire Diaries project of putting a positive spin on the antebellum south.  This is Somerhalder's lens, and to see him tweet about a cat with such earnestness, while Blacks go unreported, simply reifies the very culture he perpetuates every Thursday night on The CW with The Vampire Diaries.

He took time out of his day to tweet about a dead cat, and I cannot help but wonder how much more we would have been served socially, if he had bothered to tweet about just one missing Black person to his 1,591,095 followers? It is irresponsible to suggest that police follow up and actively investigate a case about a dead cat, while so many people of colour don't even receive a cursory investigation into the crimes that are perpetrated against us. Most people get involved with animal advocacy, because animals are dependent upon us for their welfare and are otherwise helpless and voiceless. The missing and dead people of colour are helpless, though not voiceless, because communities of colour have been advocating fiercely on their behalf - the problem is that not enough people are listening.
Posted by Renee at 12:00 PM