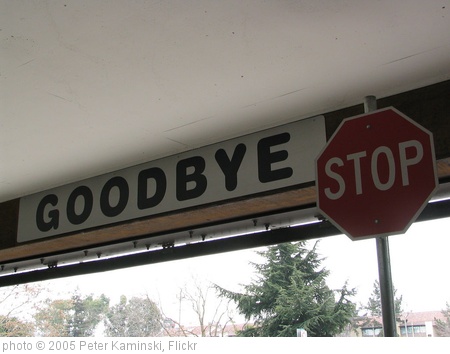 Sadly everything comes to an end - and this definitely applies to Urban Fantasy television series. We’ve seen some awesome series end, others we’ve been glad to see go - and yet others we’re counting  down the days until they can finally be cancelled.

So we decided to have a competition in the same vein as the old Marry, Fuck, Kill Game: Which show will you miss? Which show were you glad to see the back off? Which show just needs to END already?

Sparky
Missed Show:
Other than the obvious (Firefly, oh Firefly, I miss thee - as all right thinking people do), I think I’m going to go with The Dresden Files. Not because it was good - but because it was GETTING good, just as it ended. It felt like it was just getting in its stride. Of course, with it gone I lay in hope that maybe, just maybe, someone may try again, but do it right this time.

Glad it’s Gone:
The Secret Circle oh dear gods, reviewing that show was down-right painful. The plot made no sense, it destroyed its own canon, the characters were beyond vapid and I loathed all of them. Sarcasm was the only thing kept me going.

Please just END!
I’m going to say it... and I know someone will shoot me for this. But I’m going to go with... True Blood. Not, I hasten to add in a desperate attempt not to be killed, because it’s the worst thing out there - it’s not, Vampire Diaries, American Horror Story and Sinbad are all much less fun to watch. But True Blood seems to be slowly descending in quality and I think I’d like it to end now when I can remember it fondly, than for it to slowly drag on, more zombie than vampire and definitely beginning to smell.

Renee
Missed Show:
We didn’t have Fangs around at the time but I was an avid follower of The Event starring Blair Underwood as president Elias Martinez.  There were times when his character was really inconsistent but the show ended when it was just starting to get really amazing.  The last episode ended just when the aliens were about to appear on the west lawn of the white house for crying out loud.  Why oh why?  I still wonder what would have happened and if Sophia and Martinez could have come to terms.

Glad it’s Gone:
I started off really liking The Gates.  It was an interesting mystery when it first started and the premise was absolutely unique but after a time it felt like the story just dragged. It wasn’t helped by the fact that there were just too many storylines that it had no focus. To be fair it was ridiculously scheduled on a Sunday night at 10PM, which means it followed True Blood, but you simply cannot have a vampire story without pushing the envelope. It was just hollow and in the end not worth the time I invested in watching it despite the eye candy and the British accents.


Please just END!:
This one isn’t even hard for me. I desperately, desperately want to see the end of American Horror Story. I began watching it because the premise is interesting however every episode in the first season was laced with some kind of ism. It absolutely had to be intentional and no point was any dialogue introduced to suggest that the writers were making a point about the horrors faced by marginalized people. Having to do the reviews and recaps, I must tell you that I absolutely dreaded each and every single episode. I was positively gobsmacked to discover that American Horror Story was renewed and am now busy trying to talk Sparky into doing the reviews.


So what about your, readers? What are your Missed, Good Riddence and Please Just End?
Posted by Sparky at 9:00 AM