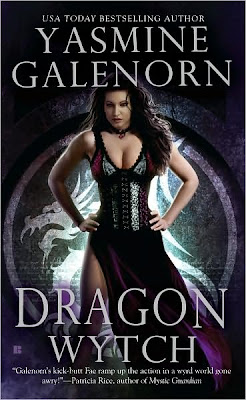 Camille D’Artigo is the protagonist in this book, facing the every growing and worrying effects of the war against Shadow Wing and the civil war in Otherworld – a war that is now affecting their family as well as bringing chaos to the Otherworld, allowing all kinds of monsters to break through the portals and wreak havoc on an unsuspecting Earth.

Now she has a unicorn gifting her with an artefact of legend of immense power that may be one of their best hopes against Shadow Wing – except it’s been lost and it’ll work just as well for their enemies as against them.

And there’s a new spirit seal to find – and this one is being hunted by a lethal and cunning Rakshasa, far more dangerous than any of the other demons they have had to face. Added to that, Morgaine is back and the ancient, power-hungry sorceress has her own plans involving Titania, the long defunct Seelie queen

To complicate all of that – Smokey, the ancient and mighty dragon, is demanding her attention as well, as per their agreement. But Smokey wants into her heart and not just her bed – which is difficult with her current lovers to take into account.

My only major complaint with this book – in fact the series in general, is its poor pacing and the easily distracted protagonists. I think this book is especially bad for it. There’s one moment in particular that stands out. They are trying to find the Pixie with the Black Unicorn’s horn before anyone else, since this is an artefact with massive, incredible power. It simply cannot fall into the wrong hands. Menolly, after working at the bar, gets a lead on the horn (and it turns out to be true) so she goes home and…

… watches Jerry Springer with Delilah, waiting for Camille to get up rather than waking her. When she does get up (early because something else entirely interrupts her) she, Delilah and Menolly start weeding the garden. No, really – the horn could right now be heading into demon hands but they’re doing some gardening. Then they have breakfast. Then Iris regales them with a tale from when she was a House Sprite in Finland. Then Camille potty trains their pet gargoyle. And I am sat there reading this book and restraining the urge to yell at it because the world is supposed to be on the brink of collapse, demons are supposed to be invading, civil war is breaking out in Otherland, the world is in Serious Peril so some urgency may be required.

An additional problem with that is it makes me less happy with the variety of plots. We have a lot of different threads in this book – we have the Rakshasa and his minions looking for the spirit seal, we have the Unicorn and the horn, we have the problem of the Cryptos and the unguarded portals, we have Morgaine and Titania, we have Camille with Smokey as well as big insights into Camille’s past. All of these plot lines add to the overall story and are wonderful threads of the plot that really go together well. And individually I like each one. They really add to the richness of the world and the much greater sense of the coming battle – but because the pacing is already slowed down by random domesticity it makes me less patient with anything that might stop the main plot line actually moving forwards.

I think that’s a problem as well with how long winded everything is, the amount of times they have to sit around a table to the lounge discussing things, even before every battle they consult on what exactly each member is bringing to the fight while their enemies approach. How many times does Trillian have to say “I stab things” before we take it as a given? The more the pacing is slowed down, the less I have the patience even for reasonable deviations and expansions on the plot or numerous side plots.

Which is a shame – because the world and these plots? Are awesome and epic. I particularly like how the series has expanded. From Camille and her sisters doing what they can in their little corner of the war, it’s growing steadily bigger as more and more of the fight rests on them. You can feel the gathering of powers, there’s a real evocative sense of them building alliances, power and even an army against Shadow-wing. And with every force they build it further sets up the enemy as a truly epic force.

It also serves as an excellent way to world build – both present and future. As they form further links with Smokey we learn about dragons. The re-emergence of Titania and Morgaine’s plans furthers our knowledge of the fae courts, the Seelie and the Unseelie. We have the unicorn bringing a whole new side to the conflict and adding much more knowledge of the Cryptos and their part in the war. Even things like the portals becoming unguarded and the invasion of the goblins and the trolls serves to bring more knowledge about how the order is breaking down with the civil war and Otherland descends further into chaos.

And this is a world where I can just revel in the world building. The three realms, their incredibly rich history, even the personal history of the sisters  - it’s all very well designed, wonderfully connected and extremely wide. With every book we learn something knew but there’s no sense of the world being made up as the series progresses – it’s a world that is being revealed, not cobbled together.

Relationship-wise Camille is an interesting character. She’s overtly sexual and always on her terms. She dresses extremely sexually but every time she does she makes it clear that she dresses like that because she enjoys the clothes, she likes wearing them, she likes how they look. She never puts them on thinking of how they look to guys or who men like looking at her dressed that way; her sexuality and sensuality are hers and her possession. And something she controls – which she frequently lays down to Morio, Trillian and Smokey, being clear that she won’t give anyone up she doesn’t want to.

Which is why it’s disappointing to deal with Trillian and Smokey’s constant posturing and alpha-male egos. Especially Smokey. Smokey is a dragon, this makes him proud, determined to get his own way, dangerous and repeatedly something the cast have to tip-toe around for fear of rousing his ire. Throw in his relationship with Camille and this becomes… difficult. Has he ever hurt her? No. Has he ever threatened her? Well… yes – he’s threatened the men she love and he’s presented ominous warnings and, above that, he’s a dragon who could kill her on a whim, is expected to kill her on a whim and expects to be obeyed. While the way he is written makes me doubt very much he ever would hurt Camille and he certainly loves her, it doesn’t change that Camille is frightened of him. It doesn’t change that he expects obedience from her on many occasions and she gives it because he is a dragon and he hasn’t made a real attempt to dispel her fear – for herself, her lovers or her family. It’s an explained by the woo-woo dynamic, but it feels borderline abusive and certainly problematic.

Inclusionwise we don’t have a lot, again. Morio is a POC but he’s a rather secondary character; we do have some POC villains and side references. I am glad we got more of Morio's backstory this book because he was beginning to feel a bit like a null character, especially after the emotional and demanding Trillian and Smokey, Morio just feels like a shape more than a person. Menolly and Delilah have expressed the possibility of same-sex attraction, but it’s opposite sex relationships we constantly see. We do have a very nice insight into disability discrimination with a woman worrying about their inability to adopt because her husband is in a wheel chair, but it’s a reference more than inclusion.

I love this series. I love the world, I love the epic plot lines, I love the characters. In fact, the character building is some of the best I’ve seen out there – all of them are very human. But it has some issues that trip it up and bring it down – resulting in good books that very much had the potential to be great or awesome books.