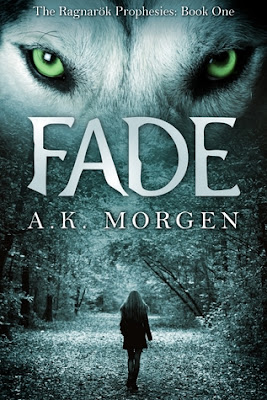 This was not one of those books, alas. Early on I was struggling to keep reading. By 30% I had to go back and re-read as I realised I’d started skimming the book rather than reading it. At 40% I kept getting up to get a drink of water, to make coffee, to do any number of random, pointless tasks in order to avoid the book. I tried to force myself to keep on reading – but it was forcing myself.

At 55% I stopped, I wasn’t remotely enjoying myself, I was having to force myself to sit and read, if I didn’t catch myself I was skipping and skimming and, frankly, it wouldn’t be fair to the other books I DNFed to keep reading this book.

The main reason for this was the writing. Even Barney has never seen prose this purple. The book cover should be a deep, shocking magenta to reflect the content. I have never read a book that is so overwrought, long winded, dramatic and just pure purple in its writing. I found it impenetrable, more than a little annoying and it stopped me both enjoying the plot and forming any kind of connection with the characters.

I can’t adequately describe the plot without including an except so – this is what happens when the protagonist, Arionna, sees Dace for the first time across a university quad:

He was dressed casually in jeans and boots, with a light black jacket zipped up his chest and a beanie cap on his need. Nothing out of the ordinary at all, just another guy in the parade that had already passed by, but something… shifted… as soon as my eyes landed on him.

A warm breath brushed across my neck, my stomach fluttered.. I wanted to revel in the buoyant feelings whirling through me, but didn’t get the chance.

Longing swept through me like a river, melting everything I thought I knew about myself, and reordered it. Pieces shifted, pulled apart, and came back together in new ways, unburdened by the little things that had accumulated over the years. The idiosyncrasies, the pet peeves, the ingrained behaviours and thought processes,.. all vanished for a moment. A massive hole opened somewhere inside me, deep down in a place I’d never known existed before.

{……. I’m going to cut a page here because she goes on and on about this hole…}

The guy tensed as though as though he felt my eyes on him and turned in my direction. He stood no less than a hundred feet from me, too far away to see clearly, but every feature of his face swam into focus as if I’d called his appearance from the depths of my memory. He was gorgeous, with messy golden hair, strong cheekbones, and a sharp defined jawline. Even his vivid, emerald eyes and the small scar above his right eyebrow were crystal clear to me.

I told myself to stop staring and look away. That grief had scrambled my brains, and I only imagined things that weren’t there
I didn’t listen to that little voice of reason
The boy lifted his head

Time seemed to slow, stretching before me in ways I couldn’t comprehend
Our eyes met across the distance

I stopped breathing, heat weaving through me in could, burning away the hole I’d just discovered and leaving me wrapped in a soft blanket if warmth. A thousand different sensations whispered through me like a summer’s breeze, freezing me in place. Joy, fear, loss, hope, sorrow…I couldn’t separate one emotion from the other.

Before I even had the chance to try, a current of energy washed through me, pulling a gasp from my lips. Strength and familiarity tripled through the air between us. The powerful sensation swarmed over me like a thousand little teeth nibbling on my skin, and shook me to the core.

I think maybe I’d always known him, and I didn’t know how. But I desperately wanted to know, because for the first time in weeks, being awake didn’t hurt. Grief wasn’t breaking my heart, my eyes weren’t burning with unshed tears, and my head didn’t hurt from lack of sleep.

I felt… peaceful. As if looking at this beautiful boy washed away everything that happened since mom died. I felt right in a way I never had before, not only unburdened and aware, but complete. Like the gaping hole inside me had filled with him.

This goes on for a staggering 4 more pages in my Kindle. And it’s not the only one – whether it’s grief for her mother or returning to think about Dace, we constantly get these extremely long, over descriptive, flowery, dramatic internal monologues. Rather than truly conveying emotion, it’s actually a barrier. I had trouble feeling or empathising with Ariona’s grief over the death of her mother because the writing was so overwrought it felt fake, dramatized. If someone described their grieving process in such an excessive manner it’d come across more as narcissistic attention seeking than genuine grief or pain.


On top of that I didn’t like the character – partly because the writing put me off so solidly. But all I know about Arionna is that she is sad about her mother’s death and that she likes Dace. The problem is the book starts with her grieving and gives us no chance to identify with the character before she falls into her pit of grief. I have no reason to empathise with Arionna, I’ve been given no reason to care about her grief, I haven’t developed an emotional connection with her for that grief to matter to me. So instead I’m plunged fully into the life of this grieving teenager when her grief is not just the main, but the only defining characteristic about her.

From there she loosely associates with some very friendly girls who are warm and welcoming – until they hit a tragedy. The tragedy hits these friends most, being in their family, but Arionna reflects a lot on her personal pain, grief and comfort rather than theirs over the event that felt very unsympathetic. In the aftermath of this she starts stomping her feet and demanding Dace answer her questions right now – never mind one of his friends has been murdered not a few hours before, Arionna wants her answers NOW!

I also dislike the tell-not-shown lampshading trying to push my opinion of characters and the story – a character is menacing, he isn’t shown to be, but he’s described to be. Chelle is cryptic, we know because we’re repeatedly told she’d cryptic. She doesn’t actually do or say anything cryptic – but when Chelle gives Arionna a short cut to the Inn (Arionna having only just arrived in the area), she decides it’s cryptic… giving directions is cryptic now?

The romance didn’t thrill me either. As can be seen above, there’s a dramatic love at first sight scene – within days they’re utterly obsessed and adoring of each other in a way that feels more like addiction and affection (since they don’t actually know a thing about each other). And he pulls out the alpha male tricks of “she’s mine” etc etc – after a few days of bare acquaintance. Lots of "I am protective and snarly about you", throwing her up against a tree for the dry humping on 3rd acquaintance and similar dull, overdone tropes. She barely even cares that she can read his mind and he is IN HER HEAD because zomg so hawt and twu luv take precedence

I couldn’t really go any further with this book, it was work to read it, I was forcing myself to pay attention and nothing in it grabbed me – not the characters, not the story, not the world and certainly not the writing. And all that blurb about a "Norse prophecy" I was interested in hadn't actually materialised by the point I finished and Loki himself couldn't trick me into reading another page.