The Walking Dead: The Road to Woodbury by Robert Kirkman and Jay Bonansinga 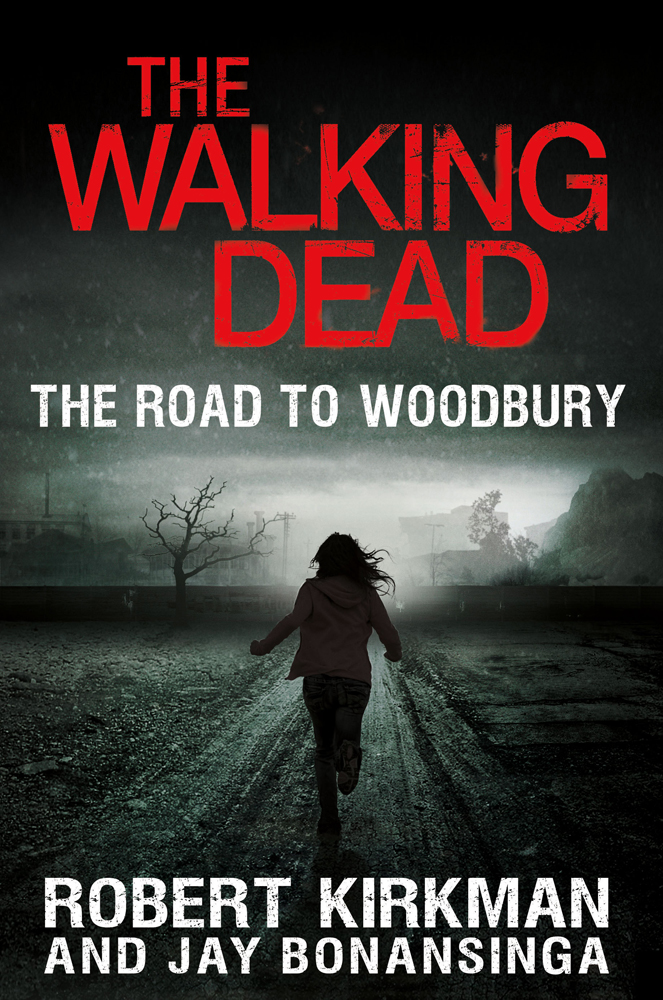 The Road to Woodbury is the sequel to Rise of the Governor.  In this novel we are introduced to Lilly Caul who is essentially the protagonist of the novel.  Lilly suffers from crippling anxiety and has other mental health problem therefore being caught in the middle of a zombie apocalypse is not doing wonders for her. Lilly begins has joined with a group survivors to create a tent city but when her friend and soon to be lover is banished for killing the man who was trying to kill her, Lilly throws her lot in with him and thus begins their journey to Woodbury.

Like all other incarnations of The Walking Dead series, The Road to Woodbury isn't actually about the zombies, but about how people survive when everything they have ever known has been ripped from them and they are forced to struggle to survive. Without laws to force conformity and reduce violence, baser instincts quickly kick in.

I wish that I could say that this book is compelling because I love The Walking Dead but I found The Road to Woodbury boring.  It didn't add anything new to the cannon nor did it develop any of the interesting characters in the series. Because we already know how the Governor dies, the ending of this book is absolutely anti-climactic.

I like that this book centered around a disabled character; however, I found it disturbing that as the book went on, her disabilities seemed to bother her less and less.  For some this could be read as Lilly finding her strength and becoming numb to the horrors around her; however, because it is a common tactic in media to heal or disappear disabilities, I am not comfortable with this approach. The other major female character in this book is Lilly's best friend Megan.  Megan does a lot of drugs and it is clear that she is self medicating.  Megan also sleeps with a lot of men and ends up prostituting herself for drugs.  Though Lilly remains her friend, it is clear that all around her perceive Megan to be a slut and this is a problem.  There is no shame attached to the men who sleep with her but Megan clearly constructed as a home wrecker.

There are a few characters of colour in The Road to Woodbury, but none are more prominent than Josh Lee Hamilton. Josh, who used to earn is living as an executive chef is a very large man and we are told that he is a gentle giant.  Josh is even refereed to as the Green Mile, clearly a reference to the character of John Coffee. He is pretty much as simple as well. What motivates Josh the most are his feelings for Lilly.  He actually kills to protect her and only becomes violent when Lilly is threatened. Unfortunately for Josh, though Lilly cares about him, she does not love him. Josh puts Lilly on a pedestal and we are given no real explanation as to why.  He is nothing but her protector and she even admits that under normal circumstances that she would not have even been in a relationship with him. When one considers the racial dynamic at play, this is disturbing. In the end, Josh isn't simply love struck he is reduced to a servant role.

Once again there are no GLBT characters in this book.  This is a common tendency in dystopian fantasy and it continues to make absolutely no sense.  How is it that all of the GLBT people so quickly became walker food, while straight, cisgender people continue to thrive?

There really isn't much to The Road to Woodbury.  If you are a fan of the series, you need not worry about missing something important to the cannon should you choose to skip reading it. I didn't hate it, but I most certainly didn't enjoy it.  In terms of The Walking Dead franchise, The Road to Woodbury is easily the least compelling and the most pointless.