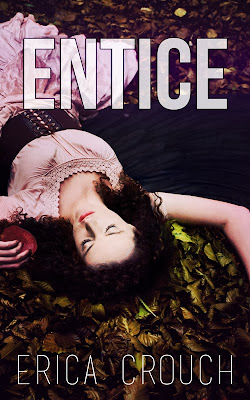 The war against Heaven has just ended – with Lucifer striking Michael down and his soul being imprisoned in Hell. Azael, instrumental in defeating Michael, is eager to rise within Lucifer’s councils and reach the upper echelons of demonhood

Pen, his twin sister and fellow fallen angel, is not nearly so keen. She left Heaven because its censorship, its rigidity, its lack of thought and questioning was too much for her – she’s not thrilled that Hell seems to be little better

But Lucifer is determined to make her fall in line – and he has a task for the twins: the corruption of Adam

I was rather surprised by this book’s length. As a story between book 1 and 2, I expected a novella of some kind, but this book kept going on. And on. And on and on.

I’m not saying it was a bad book – because it wasn’t, not even close. It was just… an unnecessary book. After reading Ignite we know several things about Pen and Azael. Azael is evil, short tempered, impetuous and desperate to get in Lucifer’s good books. Pen is extremely conflicted about this whole Hell thing, she fell because she disagreed in keeping mankind ignorant of language (and ignorant in general), she found Heaven dictatorial, censorious and unreasonable – so she fell but found Hell to be no better and she’s not willing to jump on the “yay Lucifer” train but is dragged along because she has nowhere else to go and because she has an almost creepy attachment to her brother.

And in Entice we’re shown that Azael is short tempered, impetuous and desperate to get into Lucifer’s good books. While Pen is conflicted, not happy with Heaven but really not sold on Hell either, but is dragged further into it because of her almost creepy attachment to her brother.

Both stories are good. Both stories develop the characters well. Both stories show someone who is deep and nuanced with many lairs with a joyous love of language woven into them. The conflict is really well presented, the pressures on Pen shown excellently. I can’t overstate how well presented Pen’s emotional conflict and motivations are presented in both stories.

But we didn’t need both stories to tell us the same thing, to excellently portray the same emotional conflict and torn priorities. It was so well done the first time, it didn’t need to be excellently done the second time.

This isn’t helped that the story in this book is one that Pen referred to in Ignite – the story of how Adam ate the fruit of knowledge and how she and her brother were tasked to lead Adam into temptation. But the broad story has already been told in Ignite, we know how this ends, we know who their opponents are, we know what Penn and Azael’s tactic was, we know what the others’ tactics was, we know which one succeeded and we know what this says about Adam and humanity’s weaknesses.

There are some extra tweaks – like how long held Pen’s reluctance has been, as well as Lucifer’s need to get her on side and the extent to which he will go to make Pen submit to him. But in general all of this story has been covered.

I have to add again that this isn’t a bad story by any stretch. The pacing is good, the writing is wonderful, the descriptions are excellently balanced, the language is nicely judged, Pen is a great character with several issues all of which are really well presented. The settings are really well done, the wonders of Eden, the horrors of the war etc – it’s a really well written book and a good read.

In terms of inclusion – well, we have 1 human – Adam who is described as “tan”. There’s an issue with the succubus sent to seduce Adam – she’s beautiful and she’s Black. Now, if we’re going to go with “the first humans were Black”, I’m all in support of that. But Adam does not appear to be Black; so is this a issue of making the first humans Black, or is this presenting the Black seductress?

Lillith is only mentioned – but what is mentioned of her is excellent. While she definitely rebelled, she is highly respected by Azael and Pen for doing so – because she refused to be subjugated, refused to mindlessly obey and refused to stop questioning.

In the end, it’s a good book, but still one I didn’t enjoy reading. There’s not enough that’s original in the book for me not to be bored by it.