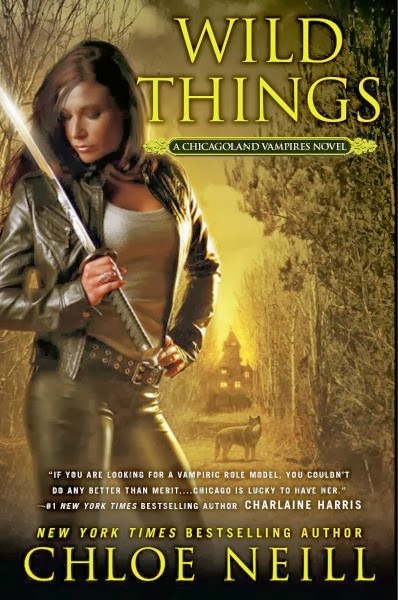 Merit and Ethan are forced to leave Chicago to try to avoid the Mayor’s persecution of the Vampire houses, Cadogan House in particular. They take shelter with the local shapeshifters – though not many of them are exactly thrilled with their presence. Especially since it’s a major werewolf holiday and outsiders are not usually welcome.

That hostility only grows sharper when the party is attacked by a mythical creature that shouldn’t even exist. An impossible attack – and one that builds suspicion, which only gets worse when it turns out the local werewolves aren’t the only supernatural group that has been targeted. Under the threat of being scapegoated by the werewolves, Merit and Ethan have to investigate

But Chicago doesn’t remain quiet with their absence; the other vampire houses now fall under the mayor’s eye.

And Lakshmi, member of the Greenwich Presidium, is back in town with their judgement for the killing of one of their own – and an interesting and dangerous proposal

In many ways, the writing and character development of this book has come a long way over the rest of the series. I can actually believe Merit as actually being her age (and I can believe Ethan as an adult, if not quite the 400 year old vampire he’s supposed to be). Merit also showed some levels of skills and abilities and general thinking that made it clear why people were turning to her for help – something that in previous books seemed a little bemusing. While the book focuses nearly entirely on Ethan and Merit, we also have a fair few interactions between Merit and other female werewolves (including a couple of scenes of them being awesome) and Merit and Mallory  have mended their relationship in a very organic way. Previously Merit had been so very surrounded by men, it’s nice to see strong female connections and some competent capable women around Merit as well. We also have some excellent displays of leadership – more from Gabe than Ethan, but there’s a sense of understandable leadership from both of them.

With both Mallory and Tate the book also brought up some excellent depictions and considerations of redemption – what is needed for redemption, what true contrition looks like, and the necessity of making things right

The relationship between Ethan and Merit also works well. We have some navel gazing about losing Ethan because of the GP plans, and definitely some appreciation of how attractive he is, but on the whole the romance is there, reminding us how much in love they are, without distracting from the matters at hand. We don’t have tense scenes interrupted by drooling, for example.

Unfortunately, half way through the book we have a lull. It’s hard to write a mystery without these – the characters don’t have any answers, are lost and confused and are chasing down false leads. Red herring and dead ends abound while everyone has to wait around until they get answers – this is a very natural part of any investigation, but it’s not very fun to read. It’s hard to keep the story going while still conveying this inherent waiting – and the book does try and isn’t nearly as bad as many I’ve read, but it still has a mid-book lull.

It doesn’t help that the book doesn’t have any real side plots of merit – there are things introduced like the elves and Merit agonising over Lakshmi’s proposal – but the former is just completely undeveloped and the latter is clearly a prequel for future storylines. We have the ongoing Mayor of Chicago is abusing all of her powers storyline but it’s also unsatisfactory – because Ethan and Merit has left the city we just have reports of various things happening without them really getting involved. Which is a shame, because I think the legal drama, drawing in the governor and federal government, suing and counter suing, calling in friends and allies in various establishments could all have been an interesting storyline

It further doesn’t help that the whole angry mayor storyline was rather abruptly and clumsily ended (and overly neatly) this book with a highly unbelievable little twist that pretty much fixed everything. I found it very very unlikely (mayors don’t have background checks? Reporters don’t go digging?) and very anti-climactic. I was never a fan of the storyline because I don’t think it realised it’s potential beyond Merit constantly angsting about them being scapegoats and appropriating heavily on the stories of marginalised people. This appropriation (vampires coming out, comparison to minorities that are scapegoated) not only continues but is exacerbated by a complete lack of GBLT characters (an ongoing problem) and by the POC – Malik and Andrew, their lawyer, being very much in the background.

The main mystery isn’t a bad mystery – it’s a decent story though one I’ve read before, and it added a level of nuance to the villain beyond simple avarice and evil. But it also feels a little adrift – it’s not really related to anything in the series and feels very filler. I enjoyed the story and it would make a decent shot story or stand alone – but at this stage it feels like what it is, filler.

One of the repeated elements of this series I don’t quite understand is how weak Cadogan house is. I can see them having lots of enemies – but the fact that Merit’s own human father has sufficient wealth and resources that Merit is repeatedly tempted by making a “deal with the devil” to having him rescue them is bemusing to me. Why is her father so much more rich and powerful than an entire house of vampires, several of them several centuries old? For that matter, why hasn’t Cadogan house, in all the decades they have been in Chicago, made any appreciable effort to infiltrate or form connections and bonds with the city authorities? Why are they so lacking in allies, so lacking in resources and so lacking in power? What have they actually been doing for the centuries this House has been in existence – what do the vampires of the house actually do all day?

I’m actually looking forward to seeing the new GP storyline develop in the hope that it will finally change this.

Ultimately, this book has a rather disjointed sense of filler. Mallory kind of finishes her path to redemption, the whole city vs vampire meme (which needed to actually end or be fought) ended really clumsily.

It’s not a bad book, but if it were the first book in the series, it wouldn’t make me want to read any further. It’s a stepping stone from one set of storylines to a broader, and hopefully more interesting set – it’s filler and it feels like it; which isn’t a bad thing. When a story reaches 9 books it’s entitled to a filler book to close off some storylines and open up some new ones – you can’t have epic action all the time. But it’s not particularly well executed filler.