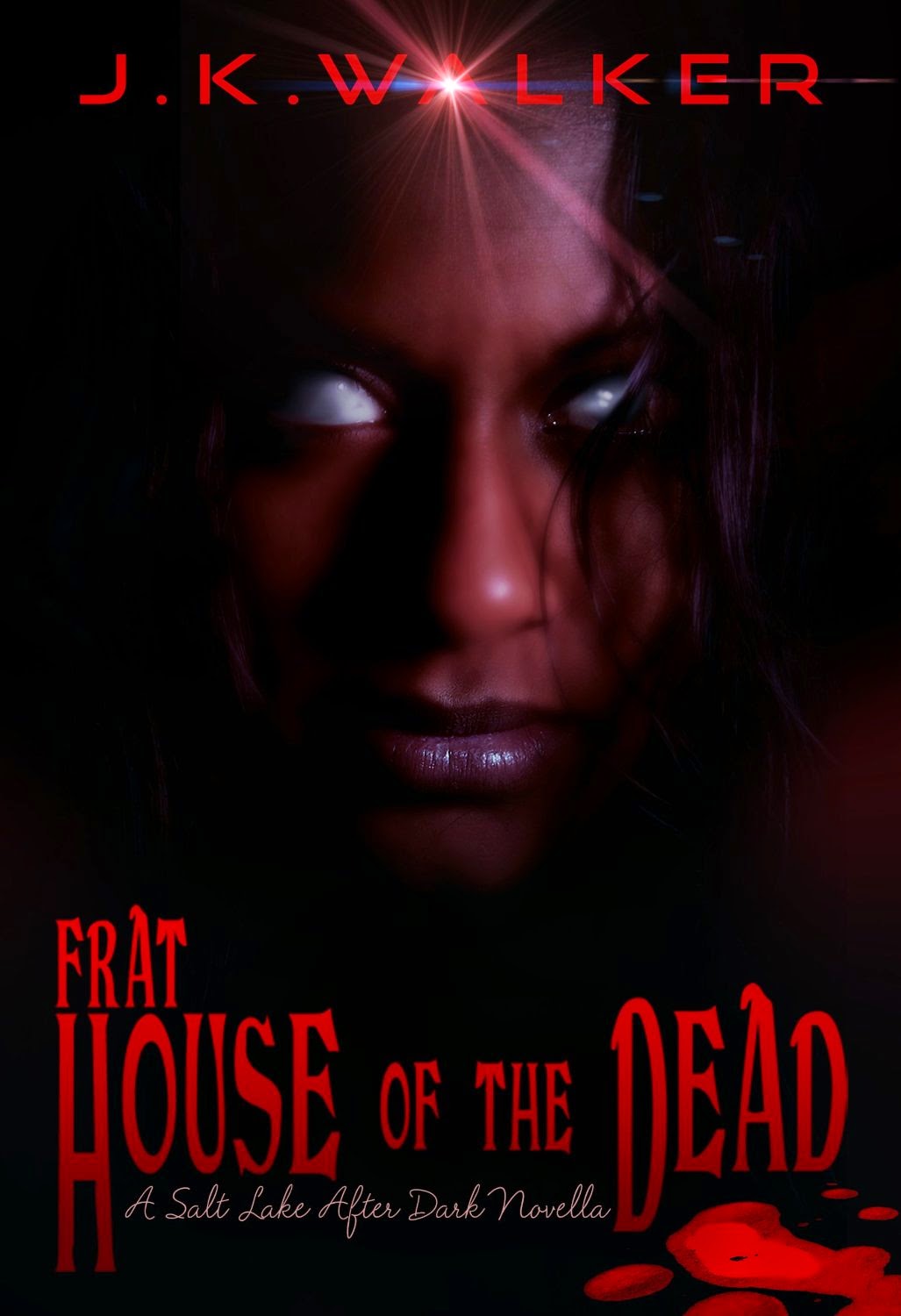 Rachel has finally and reluctantly been coaxed out of her quiet, happy solitude for a Hallowe’en  -party – thanks to Tammy’s determined insistence.

It looks like they may be right – Cassie, Angel, Tammy and Jazz definitely know how to have fun

Then zombies ruin everything. And zombies and frat houses do not mix.

This book was immense fun with a lot of humour and some really great movie references and geeky references. It’s references like this that really build these four women as friends because you can feel the movie nights behind it, the constant back and forth, the long comfort with each other; and poor Rachel’s out-of-placeness simply because she’s way more geeky than them. But they are happy to engage with her geekiness and her geekiness doesn’t mean they’re all less intelligent than she.

It’s awesome interaction and excellent character building. It would have been great if they’d been out camping together or performing an onerous but non-stressful task or any number of other scenarios

It doesn’t work during a zombie outbreak. Especially not one that relies on a lot of powerful pathos to sell scenes of self-sacrifice, the greater good and the intense caring between the four and especially Rachel for Tammy.

It’s hard to put scenes of loss, of terror, of horror in a book where characters are joking and giggling during; not even black humour. It was great, fun, silly humour – and it didn’t work for me. We had excellent humour and excellent horror with a side order of powerful grief and put them all together it was like the most delicious pizza covered in the most decadent ice cream. Separately I’d be in heaven. Together, it tastes really weird and is kind of soggy and cold.

I loved that we had some confirmation of the strong hints on Rachel and Tammylast book – they like women (though, again, we’re dodging around actually using any of the LGBT letters because authors are terrified of them for some unknown reason). Tammy and Rachel care for each other, have finally forged a relationship in the aftermath and showed some real emotion for each other. I think I would have liked to see their friendship develop more, we do seem to have had several weeks pass since the last book and the friendship is just taken as a given, but I do think that will happen in later books as we follow the four women.

In addition to the GBLT inclusion, Jazz and Angel are both Asian (and awesome), though their woo-woo rests in part on their Asian heritage it also had some depth to it in the last book (less so in this book but it’s a short story and not focused on them). I also like how we have hints of Jazz’s growth since the last book, with her moving into her new role for the Supernatural Council and really stepping up to what is demanded of her.

It was a pretty good short story with a lot packed in and some characters I really like – but there’s that ice cream/pizza issue that just didn’t quite work. Quirky or pathos; silly or soulful – silly soulful just didn’t quite hit it off for me. I’m not saying it’s impossible, but here the tone was skewed by it.