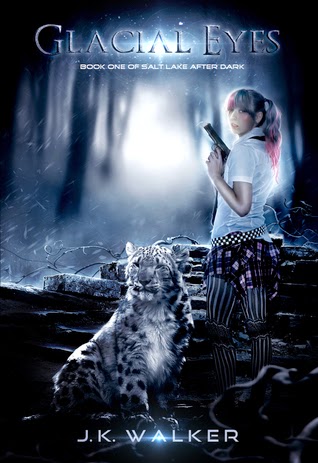 Jazz wakes up in the hospital, woozy, confused, possibly victim of a terrible attack – and extremely hungry. She’s quickly dragged away from the hospital to face a trial for the death of a human

A human killed by a big cat.

On probation and ordered to learn, Jazz has to adapt quickly to being a wereleopard and learning about the larger world she is part of and extricating herself from the various political machinations she gets herself enmeshed in – or enmeshing herself further when it comes to a sexy Cajun dhampire.

Let’s hit on a lot of the good in this book – and there was a lot of good.

Firstly, the protagonist – Jazz. She’s definitely a confident, intelligent, fast thinking and generally fun woman. She’s not perfect, she’s not flawless but she’s not silly or foolish – her mistakes are human. She has a personality, she has good friends (female friends, actual female friends she doesn’t hate or look down on) who accept her and care for her. And she has a cat who is awesome. She also has hobbies and opinions beyond the supernatural. She has her own sense of style, her own tastes and she’s pretty secure about all of them - she was a rounded character. And a fun character. Of course, she’s also an orphan, but there are some tropes we just can’t escape and despite being an orphan she isn’t a character defined by tragedy and angst.

I also liked the world, what we’ve seen is quite broad but also with a good foundation. Even at this stage where there isn’t enough time to go into great depth, there’s a lot of detail that reassures me that the different creatures are more than just names. The magic has an actual concrete system and process to it, the Kitsune are more than just “werefoxes from Japan” and even the Snow Leopard has a distinctive history that sets it apart from just being various were animals that were bitten. There’s politics and rules and co-operation and a general sense that there’s a lot to explore here and it’s all pretty solid.

The book also had some pretty excellent pacing. The action kept happening, but it wasn’t so break neck that I couldn’t keep up or felt lost – which can easily be done in the first book of a new series – and nor did it derail into too many long info dumps (as also often happens – a number of first books that read like lecture notes). There were, perhaps, some side quests that didn’t belong and just confused and overwhelmed things a little much (I think the vampire politics angle could have been saved for later in exchange for more of Jazz just adapting to this new world).

I am definitely on board with following this series.

That all being said, some criticisms. This is a full world and it was a bit front loaded – we had a variety of weres and magic and vampires and dhampires and kitsune and magic lessons all there front and centre in the first book. It was all really well done, it was all realistically well done  and none of it was boring but that’s a lot for a first book and takes some of the focus off maybe developing a few more side characters a little more.

I also think Jazz jumped into this world far too quickly. I don’t think she was a bad character as I said above – but she ends up neck deep in this world really really quickly. A scant few days after learning she may have been raped, she is a wereleopard and with hardly any 101 training she’s breaking and entering, stealing, fighting (to the death), facing murders, deep in supernatural politics, her body is changing, she has all new consequences to losing her temper, is living under a death threat and she’s in a new relationship – ALL AT ONCE. And she deals – but she deals too well. It’s not that she doesn’t occasionally take a moment to reflect or that she isn’t shocked, appalled and stunned by what happens – she is, in fact she reacts emotionally to a lot of what happens; whether that’s her rage at the rapist and affirmed lack of guilt over his death to heart rending grief over her friends being hurt. But she recovers and moves on, she has a moment and then gets going and it’s not just “I have to deal with this crisis now!” even in non-crisis mode she seems remarkably recovered from what happened to her.

And, I have to say, I don’t see how or why becoming a were-snow-leopard is going to make one’s breasts grow. I can picture the greater muscle tone and definition, sure, but bigger breasts? Not following on that one.

And Logan – I have nothing against Logan as a character per se but I hate hate hate written accents and please, if you must have a character deliver lines in a foreign language, be sure that you are really confident that you’re writing that language correctly.

There are a number of POC in this book. Jazz is American of half-Chinese and half-French ancestry with some knowledge of her mythology and culture and some connection to her heritage. One of her friends is Japanese and she has a moderate role in this book with every indication it will grow. There are some Black characters and some potentially growing Latino were-cats, though they’re also gang members so I approach that with trepidation

There’s some really strong indications that one of the characters is bisexual and the other is either bisexual or a lesbian, though the usual urban fantasy terror of actually using those words. In fact, we even have the line “pigeonholed by such trivial things as gender preference.” which is pretty damn offensive. There is nothing progressive about dismissing hard fought identity, something people have fought and died to be able to do – this isn’t “trivial”, this is the very core of defining ourselves rather than being defined by a society that continually demonises us or dismisses us. The other potential lesbian/bisexual is identified because Jazz smells arousal and assumes it’s because of her changing clothes. We also have a trans witch, she’s not in a major role but she is in a position that suggests she will return but, unfortunately, there is a need to describe her as being very masculine looking.

I really like how Jazz, college student, reacts to her appetite as well. Usually when a character gets the metabolism of doom and can eat 10 burgers in a row we get their joy of not gaining weight. For Jazz, this hunger is a worry – not gaining weight is not nearly the same worry to her as her expanded food bill, she can’t afford her appetite. She also worries about eating with friends or letting them host her, because money is such a worry to her, she’s concerned about burdening others. She can’t just forget about cash flow.

In all, my interest is piqued. There’s a large, fairly diverse cast with a lot of potential. There’s an interesting main character I eager to get behind and a big world I want to explore, all told with a writing style that flows and pulls me along. There are some problems and there’s a decent chance that Logan’s Cajun accent may have me hoping something eats him soon, but definitely a great start to the series