The Memory of Death (Death Works #4) by Trent Jamieson 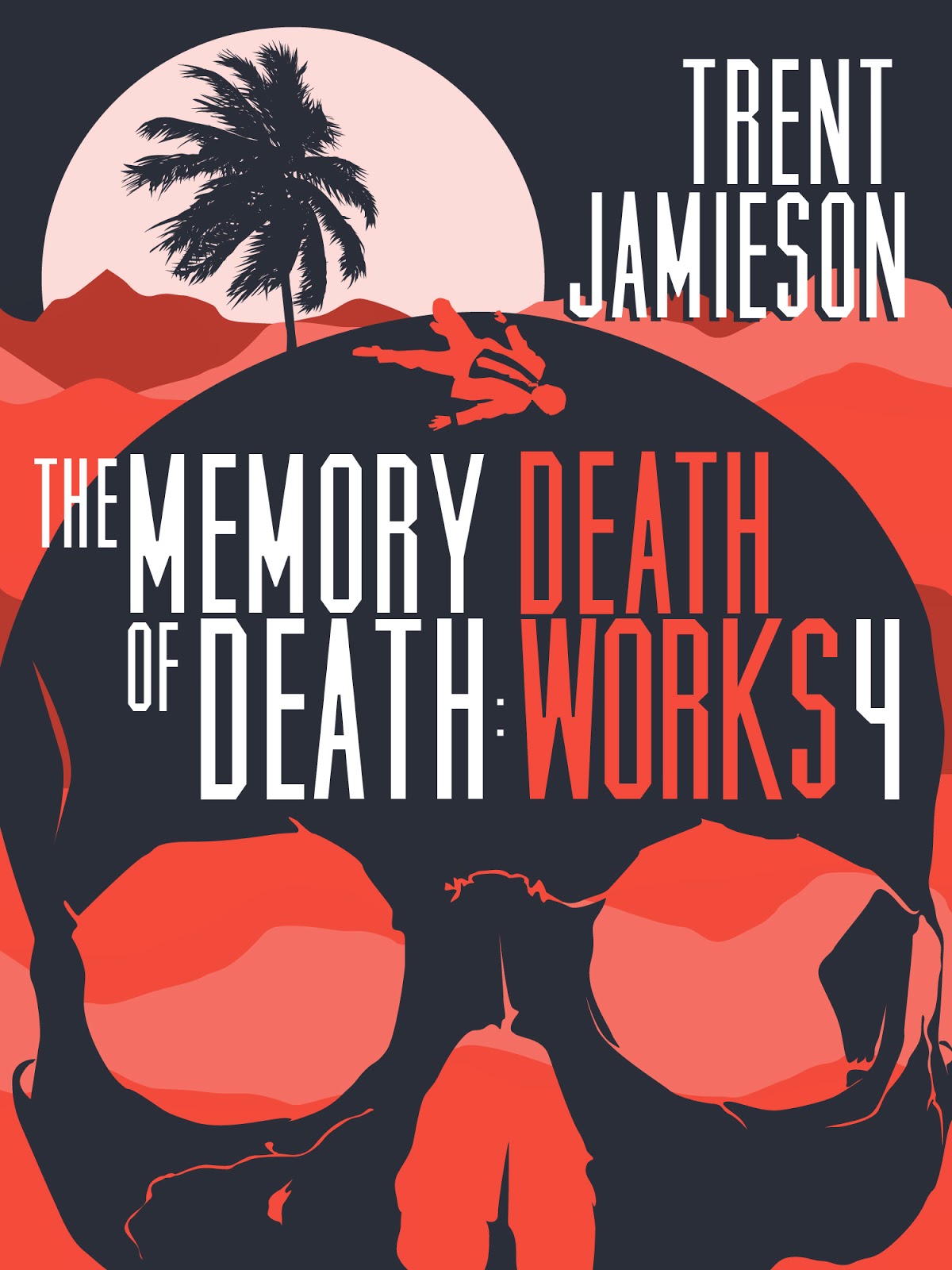 Steve crawls to shore… apparently free from the Death of Water’s eternal hell. This is unexpected – but not as much as being greeted by men with guns… or finally getting home to find that Lisa and Tim think he’s a monster.

And they have 3 other copies of him lurking in the basement. Each of which thinks they’re the real one.

When I first came across this book I was sceptical. The Death Works series had ended – it had ended rather elegantly, if somewhat tragically, and I didn’t see how another book would come out of the series, especially one that still involved Steve de Selby. Or even the universe since everything seems neatly resolved. I admit, I rather cynically expected a poor book that had stretched out a done concept.

And I was wrong.

This book continues on with the same fascinating world and excellent characters and does manage to keep the story going. Steve is still very true to what he was – so well meaning, more than a little inept, but so determined to do what is right. He’s still a little whiney, his optimism still rather expecting things to work out even when nothing owes him a happy ending. Tim and Lisa are the hard edged professionals they’ve always been with some added insight into some of the other entities around him.

The time gap has added some interesting elements – like it confirmed that Tim and Lisa are actually way better at the job than Steve ever was. But also seeing the Hungry Death through Lisa’s eyes, perhaps, gives a better sense of just what Steve was facing as Hungry Death. I also like how Tim and Lisa have grieved to an extent, but are still angry about what Steve did without telling them at the end of The Business of Death. He doesn’t get to come back and have everything be twee and lovely and he can just step back into his old role, his old relationships as if nothing had happened and no time had passed. It’s not that neat

I think that’s one thing that really made me like this book – along with some nifty action and some great world revelations. It resisted the urge to be twee. These books have never been twee, there’s always been an edge of grittiness, a sense that the world isn’t fair and an idea that the “good guys” weren’t really all that good. Just good in comparison. It was one of the things that made Steve stand out as the good, rather naïve, but genuinely nice guy in a sea of sharks. When bringing a character back as happened in this book it is easy to get all saccharine about it. This doesn’t – it’s not sweet, it’s not neat, it’s still rough and painful and difficult and there’s no shiny “love conquers all” fluffy ending. Especially since Lisa is far far too professional to let sentiment cloud her professional judgement

It’s not a long book, but it’s nicely concise. It’s as long as it needs to be to introduce everything, remind us of everyone, show the world and include some really nicely written action. It doesn’t need to be longer and ends up feeling neither rushed nor padded – just long enough.

And despite all the grimness, it’s still really funny – not just Steve’s antics, thoughts and behaviour, but little world building quirks. I particularly like the dread eldritch force known as “The God Who Is Not Named Because We Have Forgotten It.”

I do, unfortunately, have to continue my ongoing criticism that this series is really lacking in any kind of minority representation

This book leaves us with two routes. The foundation has been laid for a full series after this, there are plot lines, bits of the world revealed, new possibilities, factions and forces all of which could be followed – all of which I’d quite like to see followed. But, the book also ends in a way that could be the end of the series – kind of a little add on to The Business of Death to bring the series to as close without being THAT depressing. It may not end with twee, but it ends positively with hope.

In both cases it works – as a precursor for more to come or as a more hopeful ending to the Deathworks series, it’s a really great book and just what was needed.