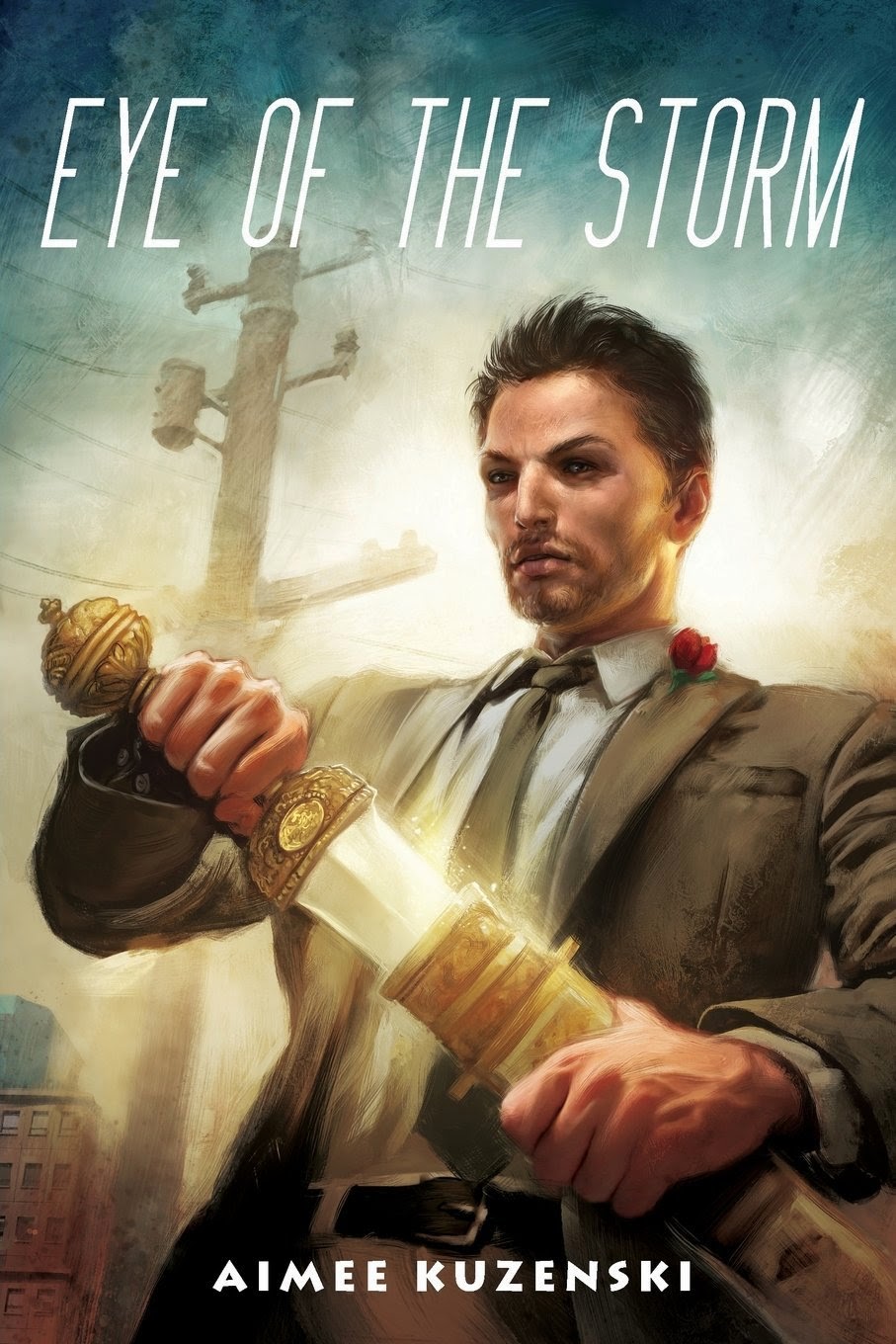 Alexander, personification of War, likes to keep to himself – he certainly has no wish to be involved in Family business. Unfortunately, with a family like his, there’s no escaping it and his neat life is quickly disordered

Now facing an unknown foe – and ominous predictions from his opium addicted relative, Apollo – Alexander has to face some hard truths. He’s sloppy, he’s out of date, he’s badly in need of shaking up.

Enter Camilla, 21st century female soldier – and Alexander’s knew vessel (very much against her will), the perfect person to show him how much the world has changed and bring a new insight to face a new foe. But at what cost to her?

I read a lot on the genre and I’ve read a few books that have brought in elements of classical deities into the story – but this book managed to be completely unique and original both in terms of plot line and world building. The two main characters sharing the same body and, at the same time, being on opposing sides made for a very different set up. I wanted to support Alex, but I couldn’t support what he had done to Camilla. But I still wanted him to win. But I wanted her to be free… It added a really interesting tension to everything – like when they work together I’m gleeful because I want them to, then wary because Camilla must be planning something, then happy again because Camilla’s plan may work and she may be free… then worried because that might end up screwing them both over.

But the concept is excellent – Alex, the personification of War (as in the Horseman, as in Ares, Mars etc) has his life fall apart around him partly due to dastardly schemes but also because he’s gotten sloppy. He’s grown complacent and he’s grown obsolete, he hasn’t kept up with the latest developments in warfare, he hasn’t moved his business into the 21st century, it’s rendered him ignorant, vulnerable and in danger of actually becoming irrelevant

A quick aside on that irrelevance – the concept of War as an entity is interesting because he represents a controlling force, a force that makes War conform to some level of order. Without him war doesn’t become uncontrolled – it becomes even less governed than it is now.

But to fight that irrelevance I love that he chooses Camilla to consult with – and possess. She’s a 21st century soldier and she’s a woman – Alex, a product of a far more deeply misogynist age and decades out of date in his views and practices, has chosen someone who will inherently upset his viewpoint and challenge his assumptions. But it’s not just her gender, Camilla is creative, intelligent, an excellent soldier and problem solver – but has faced road blocks from both being a woman and facing institutional sexism and by having low tolerance for bullshit because of it. She’s an intelligent, knowledgeable capable woman who is not easily cowed or impressed.

And they make a great combination. He with his centuries of knowledge and power, her with her modern insight, creativity and unwillingness to accept “we’ve always done things this way” as a reason to do something. All underwritten with his impatience and distraction and her ignorance to the new world – and fury at being possessed against her will and seeking a way to kick him out of her head. It makes for a complex dynamic between two interesting characters

She also provides some subtlety that Alex (as War) lacks – especially useful for dealing with the Family – the pantheon of gods from a variety of sources who play deadly and conniving games.

My one complaint is it felt a little rushed because there was so much to cover in so little time. Alex had to uncover the plot against him, resolve it and re-establish himself with his new identity, getting out of his rut – and Camilla and Alex had to establish a rapport, a mutual respect and understanding in very difficult circumstances. The book wasn’t nearly long enough to cover all of that – all of these are big, meaty issues. The world building alone could have consumed a book of this length. Alex spends very little time establishing his new identity and even less using Camilla to actually acclimatising himself to a modern context which is the very reason he sought her out in the first place. The actual plot against him was resolved with minimal investigation or even much in the way of action on Alex’s or Camilla’s part. The enemy reveals themselves and they convene a big council of the other gods to address it. Alex and Camilla                have little to no actual input in that council and the big dramatic fallout at the end is clearly a set up for the next book (and, again, because of the rather hurried portrayal of Alex and Camilla‘s interactions, I’m not sure the ending made a whole lot of sense to me).

In terms of minorities, Camilla doesn’t seem to be attracted to anyone, she is a very good friend of Olivia – who I think may be a bigger character in later books (she was present but like so much there was little time to develop her). She’s a POC and a lesbian and the police detective in charge of trying to solve the string of deaths Alex’s little conflict is leaving in his wake, she’s backed by a Latino policeman as well.

Alex is bisexual – his main focus in this book is a female lover but way back in Ancient Greece he did have a male lover. There’s lots of mention of shield brother and the man’s fighting prowess, but I think there’s an implication of actual love and relationship rather than just respect for his fighting skills, though it’s not expressly stated – unlike the female lover which was definitely based on passion – but then, it was the female lover who came back to haunt him. There is a gay male character – he’s hated by his father and dies which is kind of the sum total of his character, sadly..

Ian is a character with schizophrenia controlled by medication – while we see him completely lost and incapable for most of the book, it’s clear with his medication he is capable, knowledgeable and professional within his academic field – and his schizophrenia gives him an edge against the supernatural threat he faces. It’s an interesting combination – even while he fits the worse depiction of a schizophrenic for most of the book, he has elements of far more.