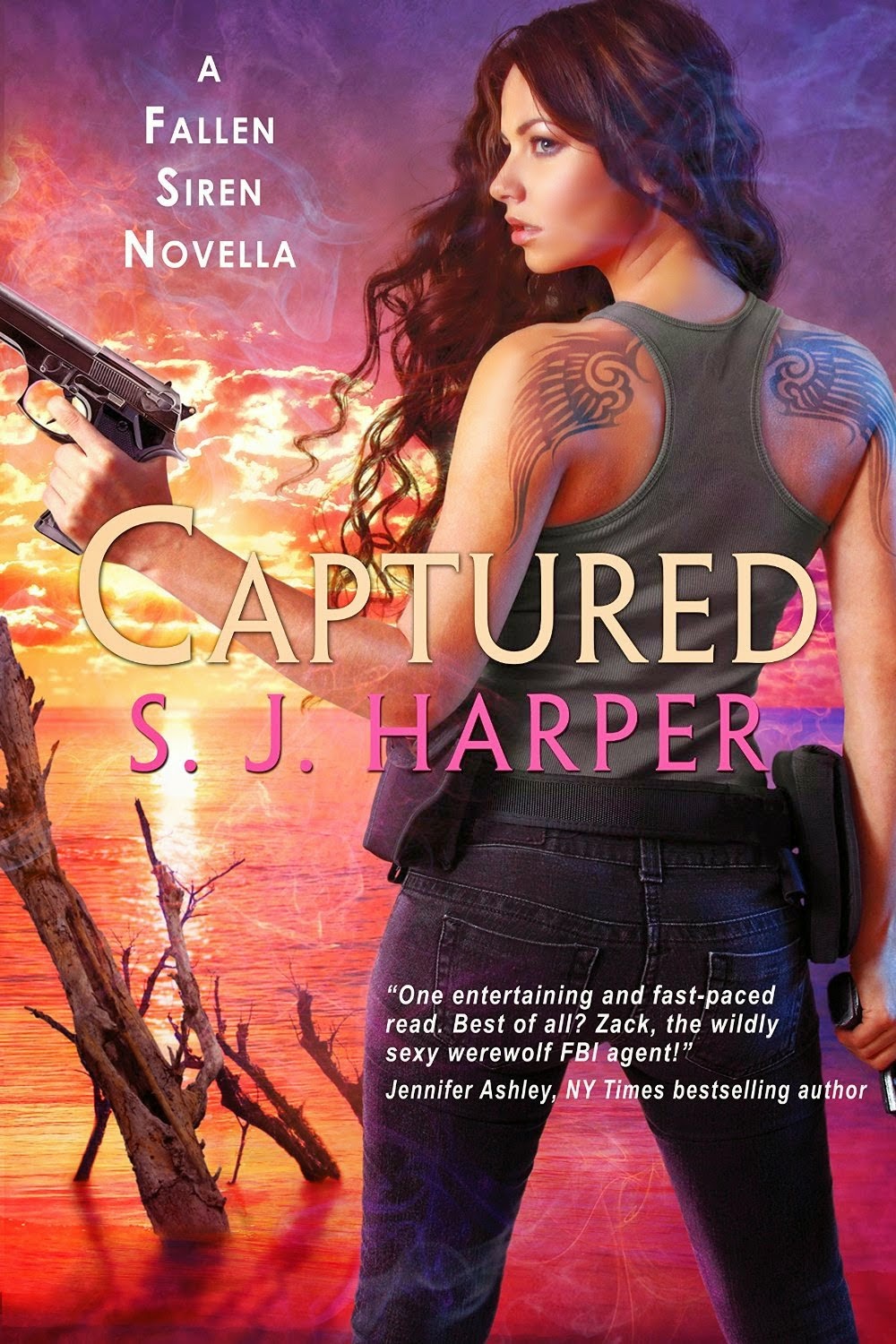 A child is in danger – FBI agents Emma and Zach need to find him and save him.

I was actually surprised that I liked this book. The supernatural elements are really light throughout, we have an introduction in the beginning and the conclusion is much more leavened by it, but most of the book could happily have been replaced by two humans in a non-supernatural world and the plot would have kept working. Normally that would put me off – but this really worked.

I think it worked because the very essence of the frustration and the fear of looking for a lost, possibly dead, child really came through. The leads they chase that go nowhere, the desperation for any clue, the need to go back over old ground again and again and again and constantly hitting dead ends and false leads. There’s no real eureka moments, and the woo-woo can only get you so far, can only help you so much. Most of it is slog, reading the notes, questioning the witnesses, questioning them again, and again, going back over the files again, chasing up every tiny possibility – endless slog

That doesn’t sound appealing – but it is. It’s very real and really well written to convey all this slog with added frustration and fear over the stakes and the heavy emotion of the grieving, angry families who, yes, do lash out and are falling apart and often aren’t facing any kind of happy ending.

And, ultimately, it’s the slog that pays off. Not the woo-woo (though it helps), but doggedly going back over the ground until a connection is found. I like it, I like that magic isn’t used as an excuse to replace investigation or ignore investigation or completely render the gruelling slog of police work completely irrelevant. It means the characters are still professionals who are doing their jobs well BECAUSE they can do their job well and are willing to work hard and go the distance – not just because they have woo-woo and can just show up and spill powers everywhere and call the job done.

The book is prequel short story – picking up on events alluded to in Cursed. It’s not necessary to read the main plot line (I think), but it does add some context to that often mentioned first meeting between them which fills in a lot of the background.

There’s sexual tension thoughout the book, but Emma is also an extreme professional – which I appreciate a lot. After all, a child is missing, other children are dead, time out for a roll in the hay is not what the mission calls for. Not only that, but she’s very good at setting boundaries with Zack and repeatedly telling him when he steps out of line and treats her as a date or an attractive woman rather than a police partner. She doesn’t need him to hold her chair for her at dinner, she doesn’t need him to tip the staff at the hotel for her. She’s very clear every time he treats her differently than if she were a male FBI agent – she’s not his date, she’s a fellow professional, he needs to step back

Of course, sex still happens at the end, we knew it would since it was mentioned in Cursed, and it doesn’t get in the way of the plot.

I also like how Emma feels the need to speak out about misogynist language Zach uses against another woman – and they don’t allow the fact that woman IS an awful person be sufficient reason to let it slide. Yes, she’s awful, yes, she’s mean. No, that doesn’t mean “bitch” is going to be used. In a genre that has a lot of female characters willing to cut any other women dead around them, I appreciate it when it’s avoided EVEN WHEN a lot of readers would be happy to put down the language as “deserved.”

The novella has some minor racial inclusion - there’s a Latino character and a Black man, neither hold major roles though.

I think Captured manages to hit the ideal for a novella for me. It has enough information and development to actually inform and add to the greater series, while at the same time not being so essential that someone reading the series really has to have read the novella – since many people (myself included) often skip the short stories in a series. It was a nice balance to hit, it’s worth reading, but you don’t have to. But, personally, I’d highly recommend you do.