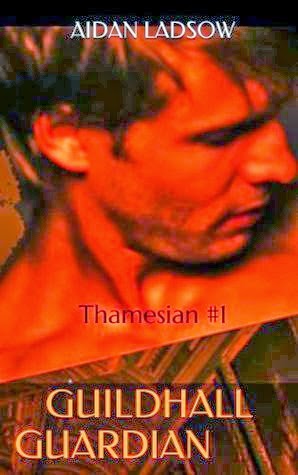 Gioia is an Italian in the UK, chasing a rather gothic idea she has of what Britain is like. Reality is much much more disappointing and mundane.

Very early in the story it was clear there was a problem – this book badly needs an editor. Originally I thought the poor English was an attempt to trying to convey that Gioia is Italian, but it’s the same with Roydon’s POV as well. Some of the language choices are odd – like a barmaid giving Gioia a “gigantic pint” when a pint is a set measure (and referring to beer as “liquor”).

There are numerous times when the wrong word is used: “advert” instead of “avert,” “stoop” for “stood”, “taught” for “thought”, “distinguish” is used as a synonym for “see”, “poshier” is invented. There’s a building that is “well-seated” And some of the passages are just terrible.

“What do you think of her feeling up the cobwebs, the stones, the cobble, Sir?”

My, and I thought I was well versed in the different kinks in the world, but molesting cobbles is a new one.

“There was no fool like a fool old of five centuries”.

“There was a paradox in this man, I had a problem of perspective and could only see a detail of the fresco.”

There are no frescos in this scene. “Fresco” seems to be referring to a part of a person. Front perhaps? Face? I have no idea.

This isn’t the odd phrase – the whole book is in very convoluted, broken language with many many mistakes which make reading it hard in places and outright impossible to understand in others. Frankly, I’d be annoyed if I’d bought this book and found it this lacking in any attempt at editing – at times this book is nigh incomprehensible.

The story it managed to tell isn’t one that compels me either and feels desperately forced. We have Gioia, an Italian in the UK working a dead end office job she hates rather than pursuing her dream as a curator in Rome because she turned down her dream job rather than work alongside her ex-boyfriend (no, really).  She randomly walks into the Guildhall in the city because she likes the building and it is open to the public. In fact, Roydon raises income on tourism. Yet Gioia entering this building is STRANGE and ODD and COMPELLING and suddenly he’s obsessed about her because she’s so strange and different…

While she runs from the Guildhall in terror because she nearly runs into a meeting and then is all tense and worried and scared and panicky – and when she sees Roydon in the pub she nearly falls because she’s so tense and upset and worried… Why? No idea. I have no clue why her perfectly normal behaviour was seen as so special to attract so much attention. I have no idea where her sudden tension comes from.

And this isn’t the only time when I just don’t understand their reactions – like she assumes he’s done a full background check on her because he guesses she’s from Rome. Now, he has – but at the same time surely we’ve all spoken to someone not from our country who has assumed we’re from its capital? It just felt grossly convoluted

As did their whole relationship –because, of course, they’re all completely fascinated with each other almost instantly and for no reason. He info-dumps vast amount of information to her about vampires and what he is – which she just takes in without any real problem, even making  a game of it at time

And the antagonist? He wants… something so he does… stuff… for… reasons. I honestly don’t have much idea. He spends most of the book poking at Roydon to taunt him into doing things (though I don’t know why he wants them) – which Roydon does even though he doesn’t seem to have much actual reason to do them – until we which a grand, not-very-well-explained gathering  and a very confusing show down with lots of people who I’m not entirely sure about doing stuff for reasons.

Some of the characters mentioned may be POC, but I don’t think we had any actually in the book or any other minorities for that matter.

If it weren’t for the terrible editing, this book would have a dull story with lots of forced plot, random events and character reactions that don’t make a lot of sense to me. With the bad editing it was all that – and hard work as well. I’m afraid I didn’t enjoy it – it needs and editor and it needs to be, maybe, 100 pages longer (this book is really short) so Roydon and Gioia can develop their relationship, the world and the plot rather than it all being forced along as fast as possible