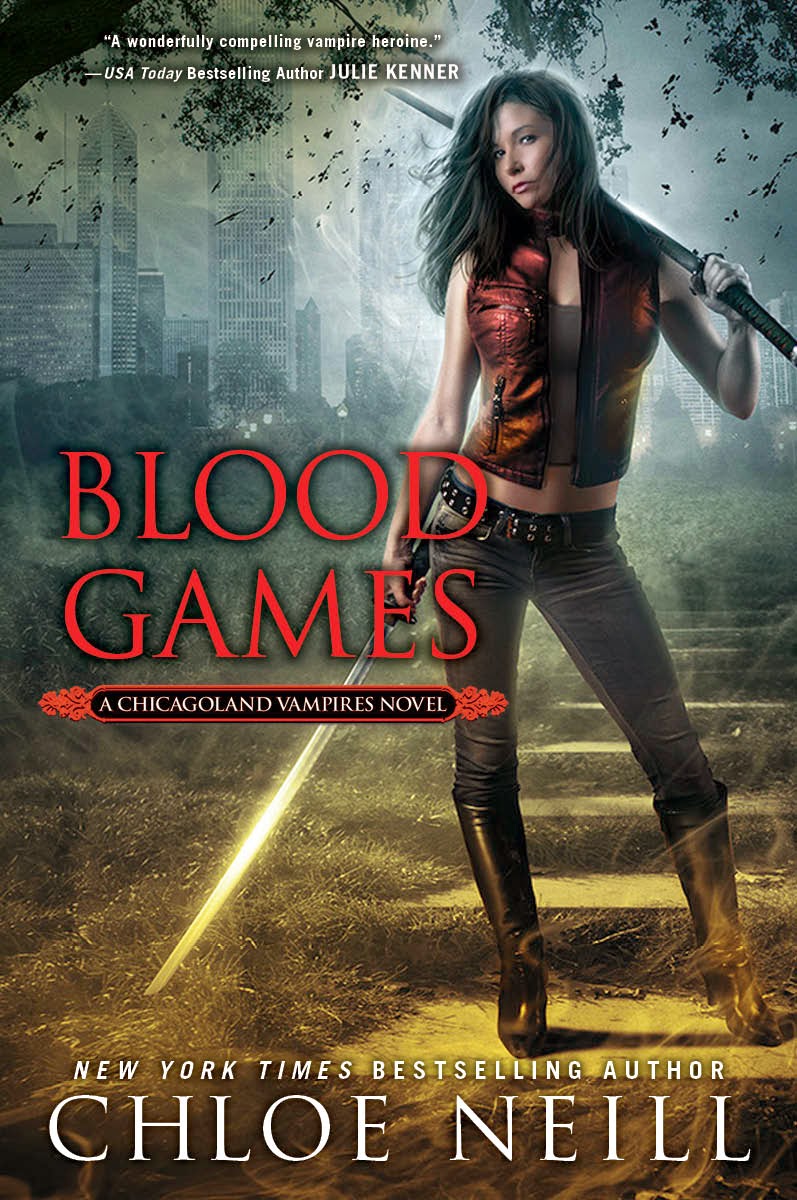 Someone has been murdered – and the police think vampires are involved. The vampire houses are only just enjoying a surge of popularity, the last thing they need is bad press now…

Especially since Ethan has made a play to take over the Greenwich Prisidium. After so long of them being a constant threat to Cadogan house, he’s determined to replace that corrupt leadership – but the testing is difficult, dangerous and gruelling and highly competitive. And some of those competitors are willing to use Ethan’s past to make him bow out – and drive a wedge between him and Merit

And speaking of that GP leadership – Darius, king of the GP, is in town. And he’s acting… oddly.

There were two or three storylines in this book (Darius wandering around up to shenanigans and the creation of a new leader for GP may be seen as one following the other or the same storyline) – and I’m kind of torn over them. They’re all pretty independent of one another, there’s a vague link, but they’re tangentially connected at best – and I’m not sure about any of them

Take the murder mystery – now that’s actually the most interesting and meaty storyline which takes the most effort to solve and the most room in the book. But it’s also the one with the least  impact – it’s a murder mystery, it involves the relative of someone who is somewhat friendly with Cadogan House (I didn’t recognise his name, but we’re assured he said nice things about vampires once) and it’s… mundane. Honestly, when merit and Ethan are called in on the first murder and they declare “actually, it’s nothing to do with vampires because X” I don’t see why they were called in again. Why call in an expert who has already ruled out their expertise? Especially when they have other things to worry about? Merit isn’t police –in fact, since they and Catcher ruled out any kind of woo-woo at all I don’t even get why the Ombudsman’s involved, let alone the vampires. What were they doing at these crime scenes? Why did the police keep calling them in? What was Merit supposed to add to the investigation? Why was this plot line even here?

The problem is that without that plot line we don’t have much else. We have Darius, head of the GP in town doing odd things of oddness. Which Ethan, Merit & co investigate, work on and solve very very quickly. Even the end resolve turns out to be super neat, super easy and not require them to do anything. This could have been a meaty storyline, instead it wasn’t – it was a brief throwaway to prove the point that Ethan and Cadogan House get involved helping people even when they have no obligation to do so – which we kind of already knew. If it had been more involved, the solution required more work etc then maybe – but it didn’t. It was a couple of chapters of distraction

Which lead us to Ethan’s bid to become leader of the Greenwich Prisidium. This should have been the meat of the story but, again, wasn’t. The tests were dramatic and important – but involved Ethan far more than Merit which meant she – and we – weren’t even spectators for the first one – we just knew it happened. The second test, the grand physical challenge, was something we were there for – but it was so simple and quick. I actually blinked and skipped back to make sure my book wasn’t missing, say, 50 pages where the actual test was. I was amazed how brief it was and how quickly addressed.

Again, I think it was another crowbarred in scene to make the point that Ethan is such a nice guy that he will help others even if it hurts himself. I won’t even say “we know” at this point because this almost reached the level of parody.

I do appreciate the way it ended though, since it was unexpected – and I liked that the “bad guy” of the book was far more nuanced than that with her own agenda and plotting. Ok, maybe she doesn’t use the most ethical means of getting shit done, but she has good reasons, good reasons for not being a big fan of Ethan and a goal that is beyond simple “I want all the power!” or “rawr evil!” which I definitely appreciated.

One thing I think this book kind of gets right is the relationship between Merit and Ethan when there are problems – and, yes, the relationship does have problems and dramas that are very natural considering the personalities of both of them. What I like about it is the moderation – yes, Merit is hurt Ethan is keeping secrets, yes, Ethan is annoyed by Merit’s prying. Both learn and adapt and realise their ways of doing things may not be the only way and Merit gets some awesome advise about someone not telling you everything (especially after 400 years) does not mean they’re keeping secrets from you (which is something this entire genre could do to learn! Seriously, I wonder how some of these authors function in their relationships, did they present 1,000 page autobiographies to their significant others first?). Nor is it necessarily a matter of distrust if someone doesn’t want to talk about something. I liked it because, while they were both very upset and Merit definitely hurt, there was never any question of them scrapping their relationship to date over it. It didn’t consume the plot, it didn’t distract them from the task at hand, it didn’t consume anything – they had issues, they spent their spare time addressing these issues, these issues made them upset – but they’re not going to burn everything down and go down in the flames over it. It was a refreshing lack of melodrama.

That being said, I'm also tired of 400 year old Ethan having the emotional range of a 14 year old and having this mega sulky "I'm pushing you away because MANPAIN" pouts all the time. How many times now has Ethan being sad and pushed Merit away?

Also the lack of actual plot – actual involved plot, that is – meant that this romance felt more overwhelming than it was. For much of the book it was the only relevant source of drama, and certainly the only source of drama that actually lasted through the book. And it’s clichéd, even if their ways of handling it aren’t – the whole “I had past lovers/I used to be a terribad person” is a vampire staple – they’ve all got big naughty pasts and/or big tragic pasts.

Merit has rebuilt her relationship with Mallory pretty well by this stage in the book and Mallory was more involved and making a definite play to get her relationship with Merit back on a more stable setting as well as sorting out her own life. I liked this because it showed how strong their friendship was and it put us back firmly on Merit being a female protagonist who has other, strong female friends who are her peers. Similarly, I liked the greater involvement of Lindsey in the plot (albeit still in a very minor role), an underscoring of their friendship and even a clear emphasis on a skill set that Lindsey surpasses Merit in (though, again, it wasn’t actually an asset in this book). Merit has female friends and they are capable which I appreciate.

Merit is also surprisingly sensible (liking to compete with Ethan but willing to lose for the PR) and completely rejects his attempts to protect or shelter her. She is Sentinel after all, she is the one who does the protecting not him.

We have some POC in the book – though this is one of those series that tip-toes round actual definition and goes for a series of sometimes ambiguous description. Malik, Ethan’s second is a POC, though he doesn’t play a huge role. Interestingly the “enemy” mentioned with the nuanced motivation and now a whole lot of power is a Black woman and is very overt about the fact (her second is also a POC – though they have no real part). I am dubious about the enemyness which may change but we shall see – and also the fact that Ethan had to prove to be better than her twice over; but it remains to be seen how she will be developed beyond this somewhat crumbly beginnings (I actually want to know how utterly awful the other two candidates for the throne were – seriously, they were beaten by the “had to be rescued from the challenge” candidate. I’m assuming they stabbed themselves or something). Lakshmi also returned as GP agent making her rather recurring as a character in recent books. We have a few other minor POC (An Asian medical examiner, that friend who was named in the past is Black) scattered around for crowd scene filling. The main characters –  Merit, Ethan, Catcher, Mallory, Luc – who seem to have the most “screen time” are White though.

There was a considerable reduction in the prejudice appropriation that have stained this series really badly – no vampires coming out, no laws that are direct parallels to actual bigoted laws, no comparisons etc. Of course, that’s because vampires are suddenly popular in Chicago because of the whims of public opinion – which I can see, but it also shows how inappropriate the comparisons were in the first place.

In the end, I can’t say I disliked this book. I didn’t, I quite enjoyed it while I was reading it. But then the book ended and I was left with a profound sense of disappointment. There was so little depth there, so little actual involvement or big meaty storylines that, even though it’s not a short book, I was left feeling that it was unfinished or we were still getting to the big plot elements.