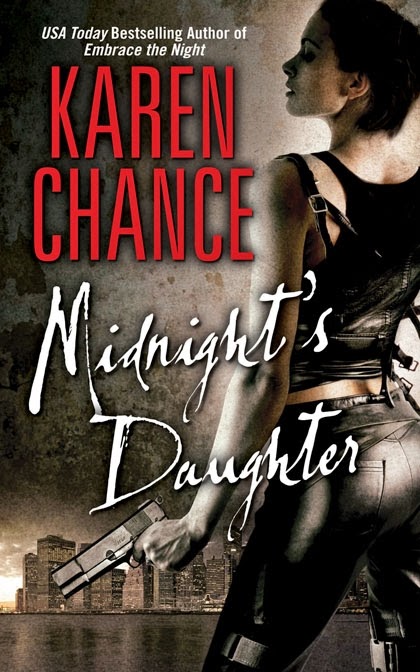 Dorina Basarab is worried about her room-mate, Claire. She’s missing and that’s not like her – worse, she is hearing some very disturbing rumours about what has happened to her. Not only is Claire a friend, but her powers are able to calm Dorina’s Dhampire rage.

Mircea, Dorina’s vampire father, has the resources to find Claire – but to use them he wants something in return; he wants Dorina to hunt down her escaped fugitive uncle. Vlad. Dracula. Who is every bit as terrifying as his legend would suggest.

Working with the reluctant and equally outcast Louis-Cesare, Dorina has to find and defeat a vampire who is legendary for his cunning and evil – but there’s a war raging between the supernaturals of North America and even the fae are involves with their own shady machinations.

We have a very rich world here – with so much going on and being involved in the plot. There’s Dorina and her family, the Basarabs. Yes, Dracula, but more than just a redrawing of Stoker, this is far more about the family from Wallachia. In fact, Dracula’s brothers, Mircea and Radu, play far more of a role in this book than Vlad himself. There’s a lot of complex and involved family dynamics there that are really interesting to explore.

On top of the vampires and dhampires we have fae of several stripes, light and dark, different courts, different factions, different creatures, royal politics and all kinds of shenanigans.

Then there’s a war on between several of the factions that affects Dory, including the Vampire Senate. Even though Dorina doesn’t directly involve herself with the war, the fact it takes resources and creates new factions to be wary of is a constant background to the story – it’s pervasive and even when it’s not overwhelming it’s always there. We never have to really see the war to feel the scale of it and its effect on their society. It all comes together to be a really well written, rich world I enjoy.

Dorina and her side-kick/fairly obvious love interest Louis-Cesare are moderately decent characters. I find them both extremely typical of the genre. Dorina is the kick-ass Urban Fantasy female protagonist, she has woo-woo that is rare, she’s a dangerous fighter but there are definitely darker and more dangerous things out there. She has anger issues, a whole lot of anger issues. Louis-Cesare is a super sexy French vampire who has arrogance issues and a tragic, tortured past. They’re not bad characters, but they’re genre templates, we’ve seen them before and we will certainly see them again. There’s a lot of them raging at each other that gets in the way of the plot, but the inevitable sexual tension doesn’t – both are pretty focused on the mission and most of their conflict comes from them struggling over who is in charge. They do stay on mission –but have drastically different ideas over how to do that

I did find the plot a little confused or distracted. Not extremely so – certainly not so it’s impossible to follow – but there’s a lot there. I feel like there’s a huge number of ideas behind this book and maybe they didn’t all need to be there. The main storyline had to main plots: both the fey and their political dramas over their heir and conflict between the different fae factions on one side and Dorina hunting down her uncle Dracula and the whole Basarab family drama on the other (I am glad I read On the Prowl to help me get some idea of Claire’s storyline otherwise I may have been a lot more lost). I think, maybe, we had two books here because both plot lines were so involved, not so much in action but in the sheer amount of world building lurking behind them that taking them both at once was a bit overwhelming. Especially when you take into account all of that world I’ve already described – there was a lot here to swallow – a lot of issues, a lot of characters, a lot of plot points, a lot of world details, a lot of fantasy creatures all together – this book was very very full. None of the points were bad or flawed or not interesting – but there were just too many good points.

There was also a plot pacing issue. The world building was pretty excellently done – not feeling bogged down or overwhelming, and even the many flashbacks didn’t feel confused or breaking the story. The actions scenes were fast, exciting and well written. But the plot was bogged a little – Dorina wants to find Claire and, through that, has to stop her uncle but a huge part of that plot line involves Dorina shopping for illegal weapons – and finding one supplier is out (action scene inserted) so going to the next and finding they’re out (action scene inserted); it takes up a large portion of the book and doesn’t advance us considerably. It was a plot pacing issue though – because the rest of the pacing, general tone of the book, character interactions, fighting and other action all flowed well.

On marginalised issues, we’re on shaky ground. I don’t remember any memorable POC; one of Dory’s contacts seems to be latino but we never meet him. There’s a random encounter with a random vampire called Casanova who is described as “swarthy” which is extremely ambiguous and, given the name, suggests Mediterranean more than POC. There were no disabled people, but Dorina’s vast rage as a Dhampire (which also comes with super strength, senses and healing) was referred to as a “disability”.

Reading the book without any other context, I would have said there were no LGBT people. We have been told that Radu is gay – but the only indication of that in the book is referring to Mehmet II, his captor, as his “lover”. Except that “lover” took Radu as a prisoner and “seduced” him for political power. And by “seduced” Radu describes fighting him off with a sword, hiding from him – and being 11 at the time. None of that tells me Radu is gay – it tells me he was abused and raped. On top of that, if Radu is confirmed to be gay in later books, he is a pretty stereotyped character. His sense of style is garish (and frequently mentioned), despite being 15th century Romanian, he prefers the fancy velvets of 17th century France and it’s repeatedly made clear he is weaker, less physically capable than his siblings. He was also turned because he caught a lethal STD and Dorina refers to him as “poncy”. It’s far from ideal.

Dory is a good female character in that she is strong and capable, I’ve mentioned her rage issues which is an unfortunate trope – but at least her anger is considered an issue, a problem – not an asset or a source of her strength as we see in the Keille Independence trope. She is quite happily sexual without shame but also without obsession and distraction. There aren’t many other major female characters and they don’t appear for a great length of time – but when they do there is a refreshing lack of anger, hatred or competition from Dory towards Claire and Olga – and both characters are skilled, capable and surprising in what they bring to the plot. I liked them and just wished they were around more.

The book repeatedly refers to “gypsies” which is a slur – but the references to the Roma also include a fair amount of research into Roma beliefs and culture rather than just reducing them to mystical thieves.

This book has a lot of strong elements and I definitely want to see more of the world Dorina gets involved in, especially now so much of the groundwork has been laid. There was a lot of confusion in this book due to the sheer amount packed in, but now that has been laid out, the next should flow so much better