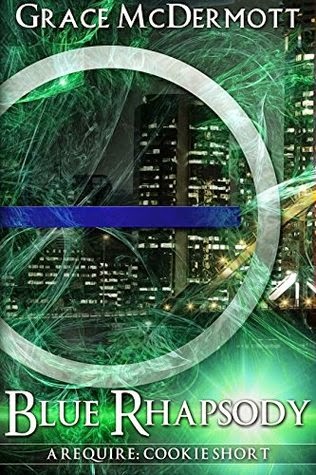 Michael Hu Luk, or Raz as he prefers to be called, is struggling to live day by day with his mental illness, the little support he gets from hat and the long suffering tolerance of his dutiful older sister

Until a chance encounter brings him to the attention of Agent Ryan from the Agency, the enforcers and facilitators of the supernatural world. And Agent Ryan can see the potential in Michael

This is especially true with mental illness as we take Michael (or Raz as he prefers to be called) who is considered completely and utterly unemployable because of his mental illness. His sister regards him as a burden, he himself has fully absorbed the idea that he’s completely useless. But he thrives at the Agency. He’s useful and capable at the Agency. And it’s not because he develops super powers, nor is it because he is magically cured by his mental illness – but he is given a place, a work environment and colleagues who are willing to make the necessary accommodations for him to succeed.

It’s wonderful – and also excellently added to by his sister’s contempt of him. Because she does support him; she is constantly giving him financial support. But it’s clear she doesn’t respect him; it shows that you can actually HELP a marginalised person while hurting them and regarding them with contempt.

We also see racial and LGBTQ diversity. Michael is Asian and gay both of which inform his character, both his family history and, again, with how his sister relates to him (apparently supportive but, again, not wanting his “not normal” gayness being discussed. And her patented “I’m totally not a bigot but I’m disgusted” expression) we have characters who are bisexual and genderqueer, South Asian characters, Black characters – even with the relatively large cast this short story has an amazingly diverse array of characters and some excellent messages about marginalised people in life and the work place.

The only elements I’m shaky on is the idea that LGBTQ people wear a name tag identifying their LGBTQness because, while helpful in their superwelcoming work place, still puts and onus on them. And the line “faggiest fag” even from the POV of a gay man – because a) the author isn’t, b) it’s unnecessary and c) I could do without slurs in a book without hella good reason

This book does a powerful job of showing more of the nature of the agency, how they operate and the people within it than Require Cookie did. It explores more of the support staff behind the agency that we didn’t necessarily see through Stef’s eyes.

It’s not particularly there to tell a story – though it tells Michael’s very personal story (with some additional excellent inclusion on class and disability and how they intersect with his poverty) and through that we get to see the Agency, the large number Agents and what they do as well as laying down the foundation for these characters in future books. This book provides an excellent foundation for future books in the series since it adds just a little more information about a lot of background nuts and bolts and characters that will really

It really is exactly what I would want from a short story that’s part of an ongoing series. It enriches the whole without trying to be more than it is or distract itself too far from the small scene it wants to show us.