The Curse Merchant by J.P. Sloan 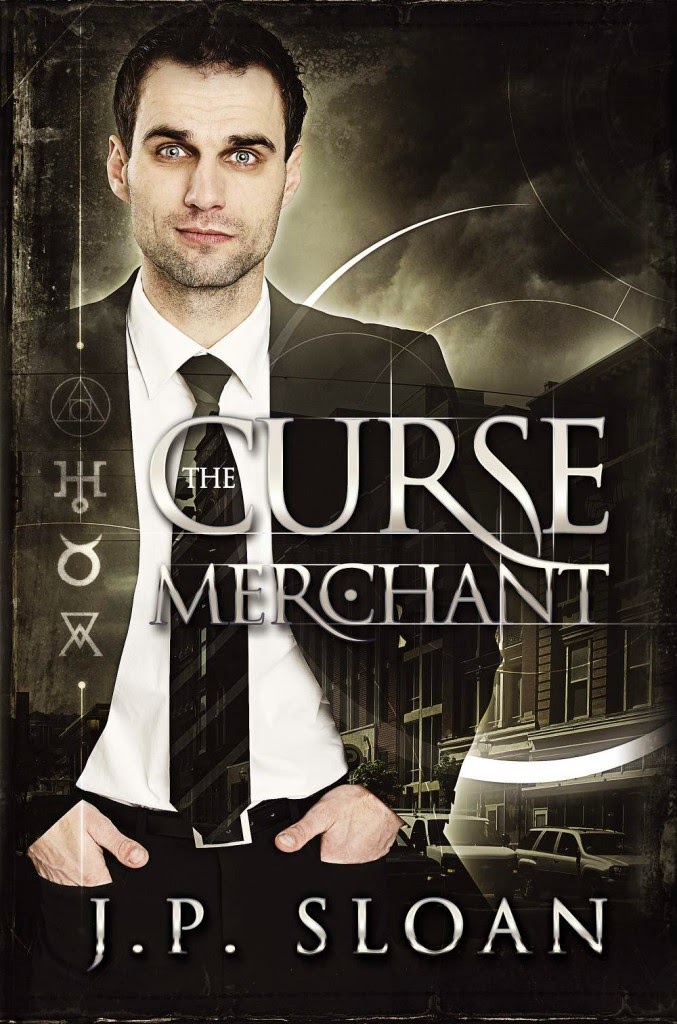 Dorian Lake was the prime mover in Baltimore’s hex and charm market. He was very much in demand for bringing his own version of karmic justice (for a fee, of course) and very careful to make sure that his magic never strays across the moral line for his own soul - and to make sure the Presidium doesn’t pay too close attention

But that was 2 years ago. For the last 2 years he has let a lot go - and now he’s started paying attention again he roughly finds his position has been usurped. And he’s discovering this weakness just as he needs his power the most when his ex, Carmen comes asking for his help… because she’s sold her soul and the debt is coming due.

How far will Dorian delve into the darkness to try and pull her out?

In the early stages of this book I was dubious about Dorian’s character. He’s a smart arse. He’s arrogant. He runs his mouth. I generally want to slap him

Now I don’t mind snark. I love snark. I do so very much like banter. But it needs to have grounding, it needs to have basis and the character better be able to cash the cheques their mouth is writing. For me to like a character who is acting like “all that” then they better BE all that. For me to like a character eviscerating someone with their tongue, the person better deserve it and the situation better not be totally ridiculous
So I wasn’t exactly willing to run with Dorian’s banter (especially since it wasn’t especially witty). But hang in there - because it gets so much better. Because Dorian’s mouth is getting him in above his head - and because of that he grows. Dorian begins this book thinking he is the hottest of hot shit and he learns sharply that he’s not really

In a genre where we have a lot of badass protagonists who know it and a lot of characters who are badass and don’t realise it and have to stunningly realise how amazing they are, there are relatively few who get sharply taken down a peg or three.

This makes Dorian’s growth and progression kind of excellent. As he realises what has happened to him over the last couple of years, re-adapts to his new situation and the way the city has adapted and he quickly reassesses just how good a magician he is he has change a lot and quickly. On top of that he has some amazing moral progression as he becomes more and more desperate and finds himself trying to justify what he knows are unforgivable actions. It’s complex and difficult and really really well done - I love it as he agonises over this.

I can’t stress it enough, Dorian’s character growth and development in this book is excellent

On top of this we have a really nice magic system that is really well maintained. There’s a lot of detail into the world without a lot of clumsy info-dumping, the different magic systems are excellent and there’s some fascinating looks at the way souls work in this world. I also like the introduction of karma as a power source and how that, in turn, influences the magic he uses. I like it, I like it a lot.

There are a number of POC in this book and they’re… generally good. They occupy decent roles and there’s a level of personality to them. The down side is that even if they develop into more, their original “template” sounds like someone just checked out a big book of tropes. So we have a Big Black Samoan bodyguard who is big and menacing in a suit. We have a spicy, hot tempered, sexy Latina sex worker. Those are the two most prominent POC and they DO develop beyond those templates - but the initial casting, as it were, is dubious. We have a cunning, civilised bit slightly devious Middle Eastern character who is cunning but surprising. But there are a number of POC semi-minor characters as well, including Mama Clo, a Creole madam and very influential in Dorian and Carmen‘s life and some of Dorian’s tenants (including one Black woman who was noteworthy for the number of different boyfriends she has…). Again, a lot of characters of colour, but a lot of stereotypes but also some characterisation behind those stereotypes.

There’s also a brief mention of a mentally ill character - she’s a small character largely
characterised by her out of control violence. Which is poor, but the discussion around her is interesting with them talking about treatment, the trouble with expense and lack of support and how, no, she doesn’t need magically curing. Again… dubiousness and then something better put on top.

In terms of female characters the main one is Carmen who is predominantly there are motivation. She is the damsel that inspires Dorian’s entire mission: she is there to be saved, to be protected, to cry and need help. Which isn’t great - but then there’s a twist at the end (yes, this is a theme with the minority representation in this book). There are a few other women in the story - Wren in particular is interesting along with Mama Clo, both are valued but both are somewhat maternal to Dorian. There are no LGBT characters

Writing wise, it’s nicely paced. It wonderfully balances what would be a lot of info-dumping or moral monologuing with a style that really works; it has a touch of noir without going too far, some nice down time but well placed without being a distraction. It’s very nicely put together.


This book intrigues me. Dorian is a somewhat original character by being one who tries to fit the “awesome kickarse protagonist” mold we’ve seen a few times but not quite matching it. He has a lot of character depth, a lot of character growth and enough originality to make me really want to follow this story in this fascinating world

I’m also intrigued by the diversity of this book because of the prevailing “problem… BUT” which I keep seeing - which suggests some decent potential in the future if handled well.


You have my attention, bring on the next book.