Where is the Penis? 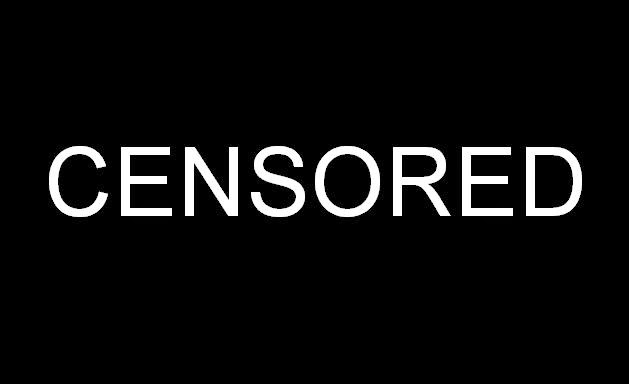 With cable TV there is a lot of scope to show things which make the censors clutch at their pearls and stagger helplessly to their fainting couches. We can show mutilated bodies, horrific violence, even flayed bodies. We can show murder, torture, horrendously abused corpses from wall to wall and endless squishy, nasty rotting zombies.

And we can show naked bodies and sexy times. Something some shows have embraced with immense fervour - indeed it wouldn’t be a HBO show if we didn’t regularly see some breasts bouncing their merry way across the screen.

One thing we don’t show very much is a penis. Breasts jiggle from every angle, buttocks clench with regularity and even vaginas are a not uncommon sight to such an extent that such displays are barely worth mentioning- but penises? No those are still a very rare beast worthy of comment and shock when they actually appear on screen

We’ve commented on this unequal representation before and there have been numerous scenes (commented on by others as well) where this has been blatant. The naked, blood stained Lillith leaves nothing to the imagination, but the newly minted Billith gets shy and the camera is careful to keep it from the back or above the waist. Game of Thrones can show fully naked female prostitutes so commonly that they’ve virtually become wallpaper, but when Olyvar has sex with Loras or Oberyn the camera is careful to keep all crotches carefully hidden - and it wasn’t like there wasn’t enough space between the two men at all times to show everything!

Even when, again as another said very well, the coyness of the camera even damages the impact of the storytelling, we still are careful to keep those penises hidden. We see this also with True Blood when a naked and embarrassed Sam always has the full impact of his nudity lessened by careful camera angles - and naked male prisoners kept by the Vampire Authority are generally allowed the dignity of filming above the waist. In scenes meant to emphasise their vulnerability, the camera angle allows some dignity and reservation


Another element we’ve mentioned before is the nature of sexualisation. Of course sex sells and nudity is used to titillate and entice the audience. If that audience is made of straight men. As we said before, depictions of naked men are often not presented as sexual (including the depiction of the Septon in the High Sparrow), but as comic or horrifying. We are constantly invited to sexualise the naked bodies of women in many shows - Game of Thrones, Da Vinci’s Demons - but rarely are men presented as the same sexual fodder and even then they are rarely so exposed. Sexual titillation as a selling point only applies to a straight male audience (even a lesbian or bisexual female audience is rarely considered since these women are presented often for the consumption of male characters)

So strong is this disparity that even on shows where the directors have recognised the existence of an audience that may enjoy the sexual titillation of male characters, the line is still drawn. It was clear that True Blood was quite willing to use its collection of gorgeous male actors for their sexiness - but even with Jason Stackhouse spending so much of his screen time completely naked, the camera is still very careful to draw a line on how far this sexualisation can go. Alcide will present his magnificent torso to be drooled over but not much further. And, tellingly, even though Eric did do full frontal nudity (showing that the actor didn’t have reservations) it was brief, when he was alone and in a non-sexual situation. This is another pattern with male full-frontal nudity, it is not sexual and often not in sexual situations - the man will be alone or with other straight men.

In episode 12 of Season One, of Starz’s Outlander, which has been much praised for filming for the straight female gaze, viewers were finally offered male full frontal nudity.  Unfortunately, it was not the handsome Sam Heughan, nor was it an overtly sexual scene.  Captain Jack Randall (played by Tobias Menzies), revealed himself in preparation to rape Jamie’s sister Jenny. Randall, despite trying manual stimulation was not able to achieve an erection and was laughed at by Jenny. This is easily the most humiliating scene for the character to date. The next day, there was a lot of speculation as to whether or not Menzies had indeed shown the full monty and why. I admit I was curious as to whether or not Menzies was using a prosthetic. It then occurred to me that it is only because of the infrequency of full male frontal nudity that viewers were even asking this question.  When Caitriona Balfe, who plays Claire is topless, it never once occurs to me to question why this was necessary. It is because we have normalised  the sexualisation of women in the media.

Male nudity is such a rarity even on networks like HBO and Starz that Menzies explained his commitment to the scene and why it was important for his character.


The very fact that Menzies felt the need to speak about why this scene was important is quite telling.  A penis must be justified and explained. It exists to shock the viewers - to force them to pay attention to a message that is trying to be conveyed. It certainly cannot be titillating - nope, that is reserved for porn. It’s mark of how differently we view male and female bodies that this is the case. Can you even imagine Emilia Clarke, who plays Daenerys Targaryen, on HBO’s Game of Thrones having to explain why her breasts have been on display so often? It would be ludicrous because the straight male gaze is forever the default.  It’s clear that even when shows are trying to appeal to different audiences we cannot escape gender because the roles still seem to stipulate the male body must be used judiciously if at all.

We have to stress again that not only did Menzies feel the need to justify his penis’s appearance - but this was on Outlander. This is a show that expressly praised and dedicated to the straight female gaze with scenes designed to appeal to ti and yet, even on this show the sexualised penis is a step too far and even a flash of a penis in this setting needs justification.