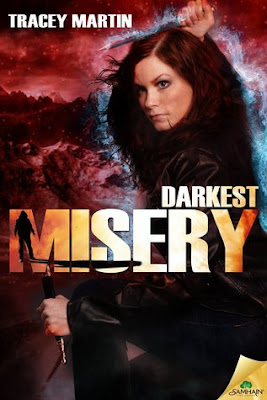 Jessica has successfully forced the various factions of the city to come together to talk about the Fury threat.

Unfortunately talking doesn’t mean they’re going to do anything productive.

But this book? I can’t love and that depresses me when I find myself having to write a negative review about a book I was really hoping would be awesome. Alas, I have to. I do hope that this is just a transition book on the way to a whole new direction to the series – which does happen in several series. So I’m clinging to this because I love this series and don’t want this to be more than a temporary hiccough in my love

So why didn’t I love this book? Mainly because a whole lot doesn’t really happen

At the end of the last book Jess has managed to bury a lot of her grudges and prejudices to forge an alliance between the disparate forces of the city: The Mages, The Gryphons and The Preds. They were going to come together with Jess as the go-between, to ensure the Furies’ plan to unleash carnage on the world doesn’t come pass. So they come together and… bicker.

And bicker. They meet and bicker. Then they…. Uh… bicker. And a mage dies but Jess isn’t part of the investigation and all they do about it is bicker a bit more. The bickering is occasionally broken by Jess having temper tantrums which is somewhat understandable given her frustration but part of her whole choice in the last book was to be the diplomat. She fails spectacularly at it.

We then have a satyr bigwig show up to be a colossal arsehole. That’s kind of the sole purpose of this character.

Eventually Jess and Devon eventually just seem to say “fuck it, we’re going to France” and they do just that, going to the Gryphon’s main library where they read.

Finally, towards the end of the book we have a classic protagonist-kidnapping. Alas this is a tired trope I am sick of – the plot stalls so it’s jumpstarted by having the antagonist actively attack the protagonist to draw attention and direction. If this trope didn’t exist Anita Blake would never stop shagging and actually defeat one of her opponents.

Still, in this book Devon and Jess have clearly find their own level, their own relationship and their own respect for each other. I’m not saying you have to have a close relationship with someone you have sex with – but it’s nice to see Devon and Jess sleeping with each other because they want to rather than just because Lucen has pressured them into it. It’s a nice development and, I hope, will redeem it somewhat

Sadly the marginalised characters are much less prominent in this book as they move to France, leaving Steff and Dezzi behind. We do have a new disabled character who appears briefly but there’s, sadly, not a huge amount of presence. We do have a new Black character in Mitch, fellow Misery addict who hopefully will become a more prevalent part of the story from here.

Which also pretty much sums up my opinion of this book. I wasn’t a fan – but I love this series so I’m going to take this as a blip and look forward eagerly to the next book.