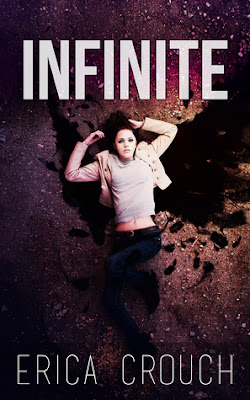 Pen and Azael can no longer avoid their final confrontation – which they cannot both walk away from. Driven to reclaim Michael’s soul, Pen cannot avoid Azael and Azael is driven to bring his sister back to his side – or destroy her and everything else in the process

But while they are focused on their epic show down, Lilith changes the whole nature of the game: there’s a new ruler of Hell and sibling rivalry is not part of master plan.

I loved one excellent element of this book – Lilith. Oh yes, I loved Lilith. I loved how her mythology was so centrally part of her story. I loved that she was the character who would not submit, who plotted so very excellently and whose defiance should, as she pointed out, have definitely being predicted. She is Lilith, the woman who would not submit, who would not be secondary to any man. The death of her children was just the last straw – just the idea that she was a gentle, submissive servant means anyone who falls for it thoroughly deserves the stabbing they get.

Her backstory, her depiction, her craftiness and, even to a degree, how she seems to slowly degrade down the same path when she gains power herself. It’s really well done, contains a lot of challenges against misogyny and is fascinating to read.

The introduction of Lilith as an independent force added a new layer to this series that, while sorely underdeveloped (more on that later), really widened the story. This is in addition to the ongoing examination of why Heaven failed and how it lost its way – expanding on what was already established in Engage.

On top of that we have some really nicely written action scenes and lots of hacking and slashing. We had Kala and Ana – a previously excellently established same-sex couple, one of which is a Black, disabled angel – with a lot of excellent depiction of her furiously objecting and fighting back against any idea that she is weaker or less capable because of her disability. We also had some nice debate about Ana’s pacifism – and how it can really only work for her and her campaign because she is surrounded by people who are willing to fight on her behalf.

It did have some really good elements that I enjoyed

Despite all this I find myself curiously dissatisfied with this book and after much internal deliberation, I think the problem is with the actual structure of the book.

A huge amount of this book is spent telling the story from multiple points of view. And part of this works because we see the events how they’re actually happening as well as from the point of view of each character. We get to see how things surprise them, how they operate in completely different realities and it quite works artistically and stylistically…

…if Penn and Azael weren’t the protagonists. Their POV is, frankly, pretty dull – it comes down to an overwhelming obsession with each other. Which, after 3 books, I kind of get long since. They’re obsessed, their co-dependent relationship is extremely unhealthy and while it’s nice to get some more elaborate back story on that which really emphasises how powerful this relationship is – but it has been so overwhelming for so long. It takes this nicely artistic style and turns it into a huge barrier that the pacing slams into; it derails the book.

In addition to these long internal monologues about how hard it is to fight their sibling because ISSUES is mixed in with Azael’s eternal insecurity and Pen’s long winded love of Michael – which is yet mooooore slow.

On top of that we get some training montage scenes which, again, take up space. Like Michael learning how to resist compulsion or Ana learning how to use a shield, which, in the end, doesn’t turn out to be that useful to the plot.

I think that’s what annoys me – not just these elements that are very good at slowing down the pace of the book but it also comes at the cost of many excellent elements not being developed. A lot of time was spent on Lilith’s excellent story – but Ana and Kalaziel sorely needed more development and place in this book (in fact, if it weren’t for a short story, these characters would have been grossly lacking in development which is especially problematic as they represent the minority representation of the book).

The training montages of Ana and Michael needed more context. The whole plan of the rebels actually needed development - what exactly was it? I still don’t know, beyond a vague sense of “change” “shades of grey” and “choice” but they were just that vague. That needed development. What Lilith intended for Hell? That needed developing. Some of the other angels, their personality, motives, actions, opinions – all of this needed developing to make all these angels something other than names on a page.

This left me kind of feeling like the book was a short story – but a very very long one. (I know that makes no sense but I bet you all know what I mean). It frustrated me because it had a lot of excellent points in it but they were struggling to be seen under the padding.