The Leftovers, Season 2, Episode 3: Off Ramp 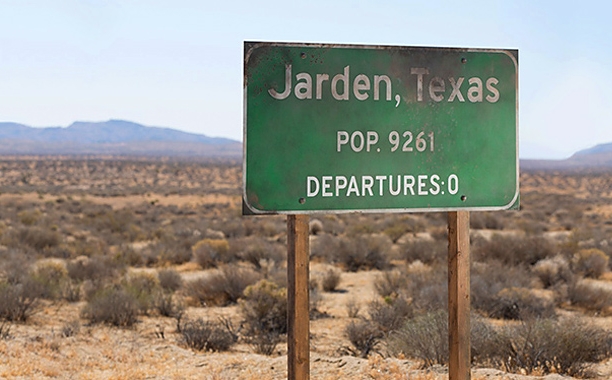 This episode we’re with Laurie and Tom who clearly have the Guilty Remnant in their sites. Tom infiltrating them and trying to get clearly upset doubting members out and Laurie stockpiling Nicorette.

Yes, they’re running an ex-Guilty Remnant support group/safehouse and they’ve managed to get a lady called Susan out – and giving her a phone which can’t text which forces her to talk.

Tom and Laurie are seeking out the Guilty Remnant bases (which Tom dubs “hives”). Infiltrating the Remnant is taking a toll on Tom as well (and it wasn’t like he was in a great place since leaving Wayne either).

There are mundane problems as well – money is tight. And he Guilty Remnant do find them in the middle of one of their circles (which was excellent) but Laurie doesn’t bend or let them write.

They keep fighting, Laurie supporting Susan returning to her family (which is really well done) while Tom brings in another ex-Guilty Remnant, Howard.

There’s still some strain between Laurie and Tom (he is definitely a little frayed) and Tom arranges the meeting with Jill we saw last episode – Laurie wants to go along but Tom warns her that Jill really isn’t ready to see her mother who left them to join the Guilty Remnant in the first season.

Either money troubles or the angry Guilty Remnant get them evicted – and Laurie’s laptop with the book she’s writing goes “missing.” She also has no backup. When her landlord denies having her lap top she decides to sneak into his house and snatch it from his child

Her decision making may be slightly impaired.

Speaking of impaired decision making – some Guilty Remnant members decide to play chicken with her car. She runs them down and rinses off her car afterwards. From attempted murder, she goes back to counselling ex-members and their families: making sure the blame rests heavily on the Remnant not the ex-members.

Tom continues his infiltration which is very unfun – and one person he tries to free turns out to be a true believer and warns the others. He is captured and imprisoned in a truck and taken out the city. There he is brought to Meg, full Guilty Remnant member, who strips him from the waist down and then rapes him…

…what? What is this?

After he is raped he is dragged out of the van, thrown to the floor and doused in petrol. Meg lights a lighter – but only uses it to light a cigarette. She then speaks and tells Tom to tell Laurie “Meg says hello” before driving off and leaving him.

Laurie has finished her book and is all preparing to see a publisher when she comes home to find Tom demanding who Meg is. Tom has also completely lost faith in what they’re doing – even refers to Laurie recruiting him like she once recruited for the Guilty Remnant – not only that but he even says the Guilty Remnant make sense. She insists he can’t go back in – and focuses on her book being published which she is sure will expose them.

Susan is also having great trouble integrating back into a normal life. She finds and keeps a note from the GR saying “Any Day Now.” While driving with her family she seems to enter a fugue state and drives into oncoming traffic.

Laurie gets a call about the accident while waiting for her meeting with a publisher. After briefly considering leaving to go see them, she is called into the meeting and sees the publisher instead. There he’s all enthusiastic about her book but trips over one main absence in the book – what does the Guilty Remnant actually believe, why do they do what they do? Of course to make it sell he also wants to play up the emotional angle – she thinks she’s publishing a hit exposure of the Guilty Remnant but he wants a powerful emotional testament of her own story – drawing upon a whole lot of buried guilty (since her membership of the GR nearly got Jill killed). Her account lacks her emotional viewpoint on what happened. When he pushes her she attacks him

This is not how you get a book deal.

It does get her imprisoned and Tom bailing her out and her collapsing in tears in his arms. In the car, Tom tries to convince Laurie that Susan’s death isn’t their fault – he recognises she’s falling apart but needs her to hold together for the rest of the group. Laurie can’t understand why they’re not succeeding and Tom has some powerful insight – the GR is giving their members something and they can strip it away but they’re not replacing it

Which means they need to give them something. Laurie returns to the group to give her own personal story. Then Tom offers his story, his experience with Wayne, presenting Wayne as a messiah with true powers. Yes he’s given them a new cult to follow. And now he’s offering his own holy hugs.

First let’s address the elephant in the room – the rape of Tom. The gratuitous rape of Tom – there’s absolutely no reason why they couldn’t have dragged him out of town, poured petrol on him and then threatened him with a lighter – there you have a dramatic, threatening menacing scene without either gratuitous rape or nudity. Rape should not be used as a throwaway tool

Especially since I think there’s unlikely to be a real treatment of the rape as rape since there so rarely is – it will just be one of the random stuff that The Leftovers likes to do.

And on the nudity – this is, again, something we’ve commented on before: when men are naked on screen it is usually treated in a very different way from female nudity – this case to emphasise Tom’s vulnerability (it wasn’t sexualised: NB, no the fact that Chris Zykla is a very attractive man doesn’t mean the nude scene was sexualised).

A lot of this whole episode reminds me a lot of some of the better moments of the first season – focusing on the emotional impact and development of the characters, on their emotional pain and how they’re dealing with it rather than on random events. Watching Laurie worry so much about the mental health of the Guilty Remnant members she’d saved while watching and ignoring Tom’s own descent was especially telling. She’s out for revenge not healing (running over GR members is also a biiiig hint there). And is it surprising that Tom would be tempted by them? He already ran to Wayne’s cult looking for somewhere to belong, for some meaning – and since then he has had a rough time and is clearly vulnerable. He’s a classic recruitment target.

Which brings us to Susan and his wise words on the GR “giving them something”. The GR members are people who were vulnerable, hurting who turned to the GR for a reason – and you can strip that away and be left with… hurt vulnerable people who are still looking for something

Her book also gives us the keys as to her hatred – because if she can blame the Guilty Remnant, she doesn’t have to blame herself. One of the things she said constantly to Susan’s family is not to be angry with her, be angry with the GR. It’s the GR’s fault. If she can’t blame the GR, if she can’t hate the GR then she has to see herself as responsible for Jill’s near death.

I also think it may be the last “catch up” episode. In some ways I’m glad of the catch up episodes – I find shows that completely reboot (like Helix did) tend to annoy me – here we’ve had a reboot but they’ve drawn lots of lines back to the first season so we can see how we got from there to here

However, the recapping also kind of feels like the show is standing still. The last 3 episodes have all included the same time period and I feel we’ve kind of abandoned the Murphy family after they were almost set up to be new protagonists. Now that’s left me with a terrible feel of character bloat