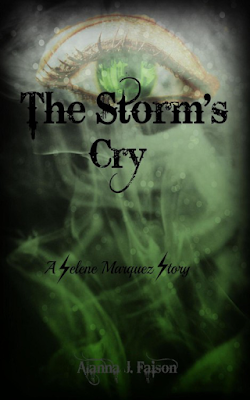 This is a book that gives us some of Selene’s history before she joined the story in t Rayne Whitmore series. We knew her past was bad… and this book is very very very clear how very bad it is.
This means this shot story comes with a whole lot of trigger warnings for rape and abuse.
We’ve read a lot of books and seen a lot of shows that have used rape as a gratuitous plot device. It is used for titillation, sexualisation and clumsy gross characterisation all of which is usually unnecessary and thrown in for various shallow, terrible reasons.
But this book is a good reminder that just because there are some utterly terrible depictions doesn’t mean that all depictions have no worth – especially since, as we’ve said before, it isn’t a good idea to ignore that these things exist
Selene is a lesbian – and though a powerful witch her father has no interest in her happiness, but what she can bring to the family. Her treatment and abuse stems very much from the dual opinion – and the opinion of the men around him – that women exist to be the property of their fathers (and husbands) and that heterosexuality is compulsory. These oppressions all too often and do lead to women forced into relationships with men they don’t want, rape and corrective rape.
Selene, for all her power, is seen as an asset to her family, she is seen by her father as someone who can be used to further the power and influence of himself and his family- her sexuality is irrelevant to her making an “appropriate” marriage. It’s an oppression as old as matrimony itself.
We see a lot of this through Selene’s point of view and the brutality she faces but there are some other subtle notes as well especially for such a short story – from the helplessness of her mother to the complicity of her brother to her father’s willingness to use the lives of women around Selene to control her behaviour.
It’s a good reminder that personal power and strength doesn’t mean you can easily overcome and oppressive situation – and it’s not “weakness” that  prevent people from leaving or saving themselves.
And, of course, it ends with some righteous arse kicking – and we can read this book after reading the rest of the Rayne Whitmore series to know where Selene went from here, how she grew, how she developed and how she demanded to follow her own path
It’s a hard book to read, but not all hard books are wrong because of that.