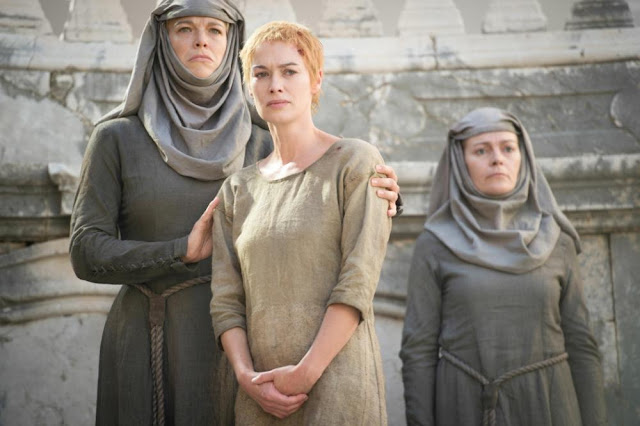 When you produce media with marginalised characters at some point the thorny issue of prejudice and bigotry is going to raise its ugly head. Sadly, prejudice is an unyielding fact of existence for most marginalised people, it’s something that cannot be ignored or brushed over and a marginalised character who manages to live a charmed life avoiding all prejudice is not necessarily going to be a great reflection or portrayal of actual marginalised people and their experiences
Are these characters going to move through some kind of fictionalised utopia where prejudice doesn’t exist? It’s certainly tempting and a perfectly valid choice – especially for more fantastic settings. After all, if your quasi-medieval setting is going to have a completely original map, 10 year winters, dragons, super-cold-zombie-makers and a completely fictional polytheistic religion where half of the aspects of deity are female, then why shouldn’t it also have gender parity, for example? This isn’t our society, this isn’t our world – there’s absolutely no reason why our prejudices and bigotries need to be exported. If reality can change enough to allow elves and wizards, it can certainly change enough for people not to hate each other because of their race.
In fact, in some ways it’s offensive to assume these prejudices should be exported to a fantasy setting – especially if you’ve made no real effort in the new setting to explain it. If you’re willing to change so much to make this fantastic, alien world then not only refusing to remove bigotry but then not even trying to add to your world building why this bigotry still exists actually implies that said bigotry is inherent, expected and even natural. If you’re world is misogynist just because our world is (and was if we’re using historical settings) then you’re implying misogyny is inevitable – that we don’t need a reason why a society would become misogynist that misogyny is an inherent ground state of being for

Again this doesn’t mean your fantasy setting shouldn’t contain prejudices – but work in the sources, reasons and development of that prejudice; make your portrayal of prejudice fit the world rather than assuming that misogyny/racism/homophobia/ableism et al simply must always be present.
We have also seen that attempt at a prejudice-less utopia fall flat, especially when it is set in a world that is very close to our own, as most Urban Fantasy is. Teen Wolf, for example, often claims to be set in a world without homophobia – yet we still have homophobic jokes (and the whole concept of coming out and the closet) that can only exist in a world where homophobic prejudice exists; Scott could not have made the Coach back off from kicking him out from a school event by dancing with Danny if they did not live in a world where gay teens are banned from prom for being gay. This lack of follow through is not just lazy, but also implies that the whole concept of a “utopia” is less to present a world where gay characters don’t face bigotry, but more to create a world where gay characters don’t have to be developed or have storylines that may centre on them.


At times, not only can these utopias fail, but they can look damn awkward – one cringeworthy example is from Resurrection when Agent Bellamy, a Black man stands in a bar full of White people and says, to a White man “do I look different to you?” but it’s all about people coming back from the dead? At this point there’s not just an elephant in the room, but it’s eaten all the house plants and has made a monumental mess on the rug. Sometimes not including prejudice can look ridiculous – like in Sleepy Hollow having Abbie travel back to Revolutionary America. There’s no way a Black woman in those circumstances is not going to be faced with racism and sexism, it had to be addressed (though it was exceedingly sanitised).

So there are certainly times when prejudice can be portrayed and even should be. But how to do it right and how to appropriately challenge it?
Firstly, there’s a huge difference between portraying bigotry and supporting it. An Alpha male hero declaring all women are delicate little flowers who faint at the sight of danger and don’t have a thought in their petty little heads is an example of portraying bigotry (and it will be great fun to have a heroine cut off his head and use it in her bowling league). Said Alpha Male hero rescuing ditsy damsels who have been captured because they did something monumentally stupid and could only flail ineffectually before fainting is an example of perpetuating bigotry.
The first shows prejudicial attitudes. The second says those attitudes are correct.
Take Dorian on Penny Dreadful as a perfect example of this being mixed up. Is it reasonable that people of that time (and certainly even today) would believe the bisexual Dorian who has sex with men and women (including a trans woman) is a jaded pervert just seeking forbidden sensations out of sheer boredom? Yes. Would Victorians believe he was damaged and his sexual exploits are a manifestation of that sickness? Certainly. Those are prejudicial attitudes. But the fact that Dorian himself is portrayed as actually being jaded and just seeking experiences, when he drops Angelique when something more “unusual” comes along and when the actor – the nice, 21st century actor – outright describes his bisexuality as “self-harming” then that is not portraying bigoted attitudes, that is supporting those bigoted attitudes. It is not attitudes that are being depicted, but Dorian’s actual character. Not only does this support bigotry but it also makes it pretty difficult to challenge – how can you challenge bigotry when the very reality of your book or TV show supports it? You could hardly challenge people for thinking Dorian is a depraved attention seeking hedonist when he actually is a depraved attention seeking hedonist and that is directly linked to his sexuality.
We see something similar American Horror Story: Freakshow with a positive stable of depraved gay sociopathic murderers. Here, again, there was some attempt to address the homophobia of the times but equally it falls flat because the gay men, lesbians and bisexual women are either non-entities or the very embodiment of the very tropes and traits they’re accused of. This doesn’t portray bigotry, it supports it.
Which comes to another pit fall of portraying bigotry – failing to make us care. If you’re going to portray bigotry and the audience is indifferent to it (or, worse, actually cheering it) then we have a problem. No matter what your setting, bigotry should not be something to casually consumed – or supported.
One of the common ways this happens is simply lack of development – especially since so many marginalised people in the media are undeveloped tokens. How is anyone going to get invested in the homophobic persecution of Loras on Game of Thrones when the character is little more than a walking gay joke – and even that persecution was just a prelude to the REAL plot against Margaery and, eventually Cersei, leaving him forgotten.

Another way this can terribly play out is when the perpetrator is a fan favourite - especially when his victim has not received a particulalry compelling portrayal. Look at Franklin on True Blood and his repeated rape of Tara (and her fleeing-the-plantation scene!). The amount of denial of this and the fawning over Frankling ans his rapid typing completely failed to depict the horror he was perpetrating on Tara.

Worse, we can outright cheer the prejudice – when Cersei was forced to endure the humiliating and deeply sexist walk of shame were we expected to sympathise with her? To condemn what was happening to her? To recognise it as outrageous? Or were we expected to be satisfied that she was getting her comeuppance?

This doesn't help that the High Sparrow isn't exactly unambiguously cast as a villain - especially with his support of the poor and the hungry against the often rapacious predation of the nobility and his displays of humility.
Or were the numerous depictions of rape on Game of Thrones intended to make a point about misogyny or just for wallpaper or simple, redundant character demonization? Gratuitous repetition is another way to make these events meaningless – blatant shock value or titillation doesn’t encourage investment either.
The same thing applies to American Horror Story: Freakshow – there is no way anyone can be expected to care about Dell’s closeted life when the man murdered La Petite (I don’t think there is a single act on all of American Horror Story guaranteed to make you seem more evil)? Are we expected to care about the bit part gay men or Chester‘s dead wife and her lover who literally appear just to be murdered?
Contrast that with the racism and classism faced by Tigg or the sexism against Claire, Maggie and Lizzie in the Magnificent Devices Series – these are characters we are expected to invest in and value who have been given characterisation and growth and for whom we sympathise with when they’re faced by the prejudice of the steampunk setting. Contrast it even with the very difficult and pain scenes of homophobia in American Horror Story: Asylum which were so painful to watch precisely because time was taken to make them and Lana’s character and story meaningful.

It doesn’t even have to be a major character or a particular developed character to create some level of investment in a character and consequently some meaning to the depiction of prejudice against them – a good example of which is Stephen in Jonathan Strange and Mr. Norrell. He’s hardly the most developed character or the most involved character and there were certainly problems with his portrayal, yet there was still a decent depiction and call out of racism against him.
It doesn’t actually take a huge amount of effort or even, as we see, screen (or book) time to make a portrayal of prejudice meaningful, but it is vitally important to do so. While our media often serves as excellent and very needed escapism, it also should not whitewash over the ugly realities of the world; in many ways denial can be just as cringeworthy as wallowing in the ugliness out there. Bigotry cannot be ignored – but it must be treated as the dangerous and powerful force it is for fear of causing still further damage.