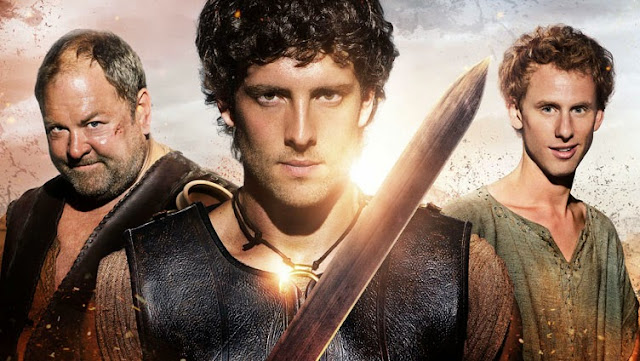 Oracle #2 is now restored to her role – where she instantly condemns everyone with her new holy authority. Hah, no.  Absolutely no-one comments on the fact she just disappeared for several days and how having an Oracle around would have been quite useful when trying to find the truth of who killed the last one (actually, that’s a lie, Oracle #1’s predications have always been so supremely useless).

She gets a vision – or maybe she’s just slightly more adept than… well… anyone on this show. She says that the gods are furious and are going to rage righteous destruction down on them because the rightful heir
Oh Pasiphae, someone wasn’t worthy.
Pasiphae decides to have the Oracle taken away by the guards.  Cilix desperately tries to spin the result and decides that Ariadne must renounce her throne in favour of Pasiphae which will make her the rightful heir.
Y’know, gaming prophecy is all well and good when Melas is your mouthpiece. But if you keep looking for loopholes, Oracle #2 can keep “clarifying”