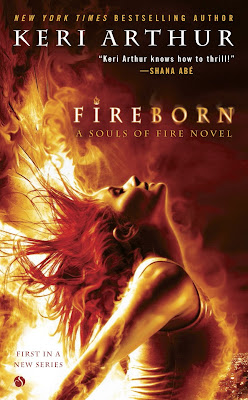 Emberly is a phoenix and has spent several lifetimes living under their curse – to never know love and to have their heart broken each lifetime. She’s also seen no end of bad results come from her attempting to save lives

But when Sam, the lover who broke her life this incarnation, is imperiled she can’t help but act despite all the bitter memories.

Now she finds herself facing something new even after all her lifetimes – humans infected with a whole new condition due to unwise human tinkering into vampires. They’re dangerous, contagious and must be stopped. And they’re gunning for her.

This book ticks a lot of boxes – a rich original mythology. A protagonist who is clever, capable and determined as well as sexual without shame. Throw in a setting we don’t see often and a storyline that is nicely paced and full of fun and it’s definitely pulling me in.

One element that really intrigues me is romantic and sexual nature of the phoenixes. They are paired together, sexually. They must have sex with their soul-mate – but at the same time they’re cursed never to love that soul mate. Inherently, if they want any romantic connection, they must seek romance outside of their partnership while also continuing to have sex with their soul-mate. They are inherently polygamous beings – but there’s no shame or angst about that. They know what they are, they are happy in the sex lives they have and even when Sam accuses her of cheating she doesn’t feel slightly guilty; she’s clear that he only accuses her of that because he is utterly ignorant of her nature.

It’s nice to have a female protagonist who is sexual, has multiple partners and doesn’t even have a moment of angst about this.

I will say that her relationship with Jackson is distracting. I can get they find each other hot and love that she’s eager to explore that – but their timing is far too often ill-advised when they’re already neck deep in other things going on

The whole nature of phoenixes in this is quite original, I don’t think I’ve seen anything like it in any other book: the reincarnation, the many lives and lifetimes, the connected souls. It’s all very new – and that’s rare considering how much of the genre I’ve read.

This couples with things like the fae connected to their elements and a whole lot of creepy difference with some vampires that brings a lot of unique aspects to the story. I say again, I’ve read a lot in this genre which makes me really value the original. I love to read something completely new and this book definitely brought the new

An element I found annoying under-developed was the lack of examination of Sam‘s police unit. It is shadowy, has all kinds of nebulous power and not even the slightest nod towards due process or respect for human rights. And absolutely no-one challenged them on it or expressed how shadowy and terrifying it was. Even if there had been some comment about how Emberley wasn’t surprised or that shocked because of her age and she had seen how power was abused over the centuries, it would have been something. Instead we just seemed to have a general acceptance of this amount of power. There wasn’t even a huge amount of wariness about him – even when Sam took extreme measures like drugging Emberley and Jackson against their will. It was treated as… a faux pas? Something to give him a good talking to about but generally to get over and not worry about. Emberley was even quite friendly with him afterwards and any efforts to stay away from him were presented more as… petty, childish revenge than actual outraged avoidance of such an abusive person.

Like many books in the urban fantasy/detective genre there is also a big question as to WHY Emberley is getting involved. She’s a secretary/admin/assistant for a boss she didn’t like all that much who ended up being murdered. Why did she take it on herself to play plucky amateur female detective? I can understand it when the enemies started targeting her as well, but she decided to dive in there well before that. It also made Sam constantly trying to sideline her seem much more sympathetic because she really didn’t belong in the investigation

Inclusionwise, this isn’t great. Emberley is a strong and capable female character who I like a lot – but the only other women in the book are side characters – one of them a sexual, black widow assassin, her distant briefly appearing boss and Rochelle, a future love interest for Jackson. They’re just quite minor characters and both Sam and Jackson, the only other major characters are male. There are no LGBT characters either. The only POC in the book I can remember is one Black vampire who was only, again, a brief character.

This is the first book in a series and, between the world, the meta plot, the characters and the original characters, I’m in. I look forward to book 2 and seeing where all of this is going – because I think this is going to be excellent fun.