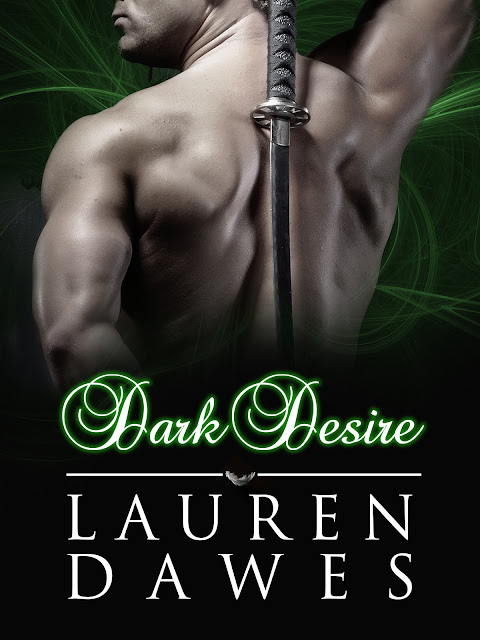 After the events of the last book, several people are reeling from their losses but each deal with it in different ways

Eir, goddess, Valkyrie and healer may find a way to mend her inured heart with a new love

But Taer, dark elf, can only be sated with revenge.

I have a lot of the same frustrations about this book as I had for the first book. Some of the core characters of this book are Valkyries and/or Norse goddesses and they are treated as the daintiest most delicate porcelain figures you could imagine. Korvain even refers to the Valkyries as “Bryn’s girls”.

I really dislike Eir’s storyline. She’s a Valkyrie, she’s a goddess and she is treated like a delicate fragile toy to be sheltered and protected – or an errant child because she is scolded and chided if she doesn’t do as she’s told for her own safety. She has to go everywhere with a man protecting her (even a human is deemed sufficient to keep the frail goddess and Valkyrie safe) and she has to check in at all times. Korvain in particular constantly orders her around, scolds her like a child – and decides who she can and cannot meet. She’s a thousand year old goddess – she can choose her own lovers! Except she never has, of course, because like all the “good women” in this book/series she has ensured her precious hymen remain unruptured through the centuries for REASONS.

Even her trauma after the last book is used more as a purpose to keep her vulnerable and, therefore, subject to control.

This also leads on to Korvain – who has pretty much assumed leadership and constantly dishes out orders to pretty much everyone. Brynn has faded entirely into the background after the first book and Korvain just feels like he has taken everything over. She was the protagonist, now it’s Korvain. She was the leader, now it’s Korvain. She used to protect her sisters and rule them – but Korvain has, effectively, completely taken over. But he isn’t their sibling, he isn’t the leader of the Valkyries – he’s just taken over with very little in the way of reason for that other than him being so big and strong and dangerous.

In some ways Taer‘s story is better because she actively pursuing something, she is actually doing something, she is seeking power and agency and revenge. But I’m still not a huge fan of it. Firstly, it’s all defined by Taer seeking permission and training from Korvain – another woman under his control. When he refuses her, she turns to another trainer so we can also have lots of sexy-time drooling

But her whole storyline just doesn’t impress me. Her training largely consists of her being beaten up repeatedly and then getting frustrated and angry… in the end her power and strength comes not from her skill or training or effort – but special woo-woo is just dropped on her (pretty much cancelling out the whole point of the training beyond having the sexy times and Korvain telling her she’s not ready). She gets a super powerful dream skill for Reasons, and she, along with all Mare’s develops

Can I just say now how very very tired I am with katana fetishism (and don’t tell me about the many time folded metal – it was many timed folded because it was pig iron) especially in a setting that has no Japanese characters or setting? Why is this Norse being mystically connected to a Japanese sword? Shall we have karate Thor next? Oh but this katana is a Norse Katana – because Odin taught the Japanese apparently – so we’re not only appropriating the weapon of a non-western culture but then invalidating their ownership of it.

But at least she does have agency and does fight her own battles which is something, I guess.

On top of this, the book just has a lot of what feels like bloat. We have Eir’s romance and we have Taer’s revenge. Then we have two guys running around killing people in, what is, probably a set up for the next book but has so little relevance to this book. But there’s a lot of it there for something that isn’t relevant. Worse, especially in a book and series that plays so much on female victimhood, they’re depicted as brutal rapists to… actually there’s no reason at all I can see other than to convince the reader that brutal, mob-enforcer assassins are not nice guys? Well without a brutal rape scene I don’t see how we could possibly have figured that out! Them slaughtering entire rooms full of goons and playing with their entrails afterwards clearly did not get the message across.

We also have Loki who is around for, again, foreshadowing.

There’s also a lot of this with the backstory – Darrion the bad guy has a huge number of flashbacks about how his people are destroyed by Odin. But, ultimately, that’s kind of all these flashbacks tell us. The Mares/Nightelves/Svartlafs were killed by Odin. We knew this in the last book. Darrion is sad about losing his family and angry? Well… yeah? This revelation is not exactly a grand shock to me, nor do I see why we need this much information about Darrion who, ultimately, is the big bad of badness anyway and none of this adds to him. What it does add is another load of women being used as property and sex-slaves which is apparently a big think in Mare culture because REASONS.

In between this is my frustration in that there has clearly been a lot of research gone into this book – but none of it is used! Gods are referred to, their names are dropped, but we have no development of that. They’re just names. You could change everyone’s name to “Bob” and “Jane” and it wouldn’t actually affect the story – because names is all there is from the original mythology. I don’t even know why this is based on the Norse Eddas? Why include things like Skadi and Njord and Tyr when they don’t actually do anything?

One bright spot in this book is Mason, Eir’s human love interest, who is battling with PTSD after his time as a soldier and it’s actually a really good depiction of the steps he takes, the therapy he works through and how much Sophie, his dog, means to him to help him through this.

Beyond Mason, there are no minorities I can remember from this book.  And, frankly, little praise I can gather for it either – it immensely frustrated me over and over again. It manages to be better than the last book only because we have at least one woman trying to be competent and kinda, sorta pushing some agency in that special skills are just dropped on her. That’s it, that is the faint praise with which I damn this book.