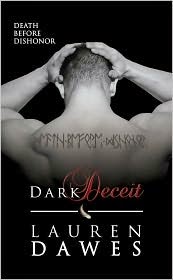 Bryn is a Valkyrie, leader of her sisters especially now they had broken away from Odin. But despite the rift, she is the key to Odin’s immortality

And Loki is loose – and looking for vengeance

Korvain also hunts Bryn, seeking to bring down Odin in revenge for his lost people and at the commands of his clan leader – but shortly after meeting Brynn his resolve crumbles and he soon finds himself in the role of protector, not assassin.

I have to say I hate the way that women are depicted in this book. All of them. Now, there are possibly some women in this book who I may have appreciated if they were separate, but collectively it’s just one mass of badness

Most of them are victims. And not just victims, but pretty much helpless victims. Frigg, powerful goddess, is thoroughly demonised before becoming a victim; we never see one scrap, one iota of power or capability from her. The Valkyries – VALKYRIES! Warrior women, dressed in mail with blood stained weapons – exist to be a collection of damsels to be saved. We never see any real fight or power from them – they’re just hunted down one by one, put up no fight and are easily brought down. The whole book revolves around rescuing and protecting these utterly helpless figures.

Even their leader and our supposed protagonist, Bryn, is an immensely frustrating figure. She never actually does anything. She constantly talks a good game but we never see her fight or actually show any toughness or even make a good decision. Or make a decision at all. When her sisters are targeted she has a tantrum, falls apart and asks a man to go check on them. She doesn’t even all them and ask them all to gather up – she sends a man round to help. Her one and only attempted plan is to sacrifice herself and hope that Loki, the big bad, doesn’t hurt anyone else and can be trusted

Her master plan is to trust Loki. No, really.

At least there’s a big strong man to rescue her!

As well as victimisation there’s some severely dubious sexual issues going on here. Firstly the Valkyries are all virgins – thousand year old virgins by the command of Odin. This could have been used to present Odin’s oppressive patriarchy- but no-one treats his demand as unreasonable, only his harsh punishment of Kara, a Valkyrie who broke it – as wrong. The other Valkyries MAINTAIN their virginity after they have left his side. On top of this Kara, that one Valykrie who broke the taboo, is continually sex shamed, throws herself relentlessly at Korvain and is generally cringe worthy in her utter desperation to get laid. This is also the totality of her character. And Frigg, villainous lady that she is, is of course an adulteress who tries to seduce, well, every man she sees and, again, is lacking anything else in terms of characterisation – she hates Odin (because she’s jealous of the oh-so-chaste valykries) and wants to have sex with any and all men. She is slut shamed pretty horrendously for this including the line:

Then there’s Taer, the sister of Korvain’s best friend. Why does she exist? To have a crush on Korvain (like all women everywhere it seems) and to be extra angst and leverage as bad guys force menfolk’s co-operation by threatening her with rape and murder. That’s pretty much the entire point of her.

I’ve opened with these problems because they consume the book – and kind of define the book. While this book throws around a lot of names from Norse Mythology (and was what made me so intrigued in the first place) it does very little to use Norse Mythology, develop the mythology or make it relevant beyond names.

We have a story of an angry, unhinged guy with a knife (yes trope) who is released by evil-and-foolish Jezebel McSlutwhoria and then goes torturing and murdering other women while Protagonist Lady wrings her hands and does very little that’s effective until the Big Strong Super Sexy Man moves in and rescues her. He’s supposed to kill her and is part of a super secret organisation of Deadly Sexy Dudes but he doesn’t because he knows her for 5 seconds he finds her super sexy and happily risks his friends, his life and his people because The Cock Hath Spoken.

There’s no attempt to develop these characters even slightly and less to make their Norse mythology relevant. Hati and Skoll could just as easily have been Thug #1 and Thug #2. Frigg is never developed beyond evil Jezebel McSluthWhoria (we could have at least had some cynical witty snark about the serial adulterer who broke up Odin and hers marriage being the goddess of marriage!). Odin is some distant figure who does nothing, despite Loki’s rampage. Why is the All Father so completely and utterly uninvolved? The most he does is fret about where Loki is – oh if only he had, say, two birds that flew around the world to bring him information!

The Valkyries may as well be Disney princesses collectively eating shiny red apples for how useful they are – they all have special tattoo swords but they may as well be glass slippers for how useful they are. Not only does Brynn not protect the others, but she can’t even manage to send a text round warning them – she has to rely on Sexy Guy Korvain to do home visits.

And Loki? He’s an angry, dangerous insane man with a knife who stabs people. And once disguises himself (and even that is terrible because he tells us how much he hates disguising himself as a woman. Really? The guy who became a mare to distract a super-stallion and ended up giving birth to an 8 legged spider-horse is upset by assuming a human female form?) Again, no sense of mythology to him. He may as well have charged in and yelled “My name is Loki Freyrson and you killed my son, prepare to die!” and it would have been as relevant to his characterisation.

The whole concept is pointless and completely interchangeable with any other mildly powerful group you could imagine – witches, mutants, aliens, Norse gods, it’s all irrelevant which means, with an equally uninspiring plot, pretty pointless.

In terms of minority – the only POC I remember is a briefly appearing Black drug dealer and maybe a bouncer in a club and there are no LGBT characters – but a fair amount of homophobic insults.

Finished this book highly disappointed and pretty much bemused. Why go to all this effort to pull out all of these Norse names – including all of the not-very-well-known names of the Valkyries – if you’re going to do so very little with them? Why, apparently, do a fair bit of research to then include none of it? Why do this much work and develop none of the characters? Why tease us with such potential and present such generic dullness full of terrible depictions of women? I can’t even say this book has potential or that I think the next book will improve because there’s no hints of that at all. It’s all very sad really.