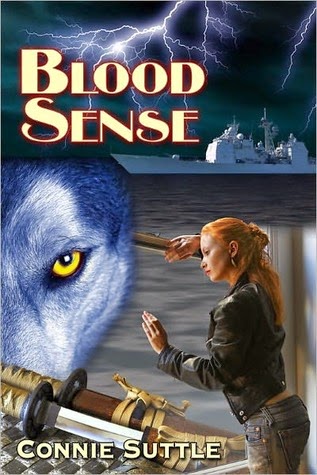 Despite the abuse she suffered at the hands of her vampire “family”, Lissa is quickly pressed back into service – her skills needed by Homeland security Agent, Tony to defend a series of politicians.

But Lissa is still being used as a tool – and is learning harsh lessons on betrayal from several angles.

Whatever potential this book has, though, is utterly shadowed by most of the men in Lissa’s life. They are terrible terrible people who all need eviscerating at her earliest convenience

I simply cannot understand Lissa’s relationship with any of the men around her, I just cannot. I cannot understand how she tolerates it, or regards any of these men with anything but contempt. Not one of the main male characters shows her even a crumb of respect, not one tiny iota of it. She is a tool to some, a sex object to others, but ultimately a thing to use as they will. They just dress it up in endearing, and often patronising, words.

This book opens with her being driven to suicide by her treatment in the last book – after being kept in the dark she acts how she thinks is best, ends up saving people and is then brutally beaten, stripped and humiliated for her disobedience. I said in my review of the last book that whether this book was a trainwreck or not would depend on how she reacts after she is saved from her attempted suicide in the last book

All aboard the next train to wrecksvile!

Yes, she spends a long time healing and a much much much shorter time nursing any kind of grudge against her tormentors. She quickly focuses most of her ire on one vampire (who is conveniently revealed to be a bad guy in the b plot) and pretty much absolves everyone else after a few snipping remarks. Just to make it extra galling, the vampires put her angry reaction down to her being a woman (because weak and feeble woman can’t take her beatings like a man!) and her being traumatised by an abusive childhood – and yes, it would definitely be triggering to her – but there doesn’t need to be a special REASON why Lissa objects to being used as a weapon then beaten because she isn’t slavishly obedient. She has enough reason! Her outrage is not due to her fragility because of her gender or her childhood. Her outrage is justified and self-explanatory! This ends up casting their actions as “reasonable” and their failure only in not taking into account her extra specially delicate she is.

So Merril continues to be looked upon as the doting, kindly father figure (Lissa has a brief moment of excellence when she calls him out for treating her like a child and a weapon- insisting that she can’t possibly be both and how his use of her as a tool blatantly put the lie to his paternalistic affection). And Gavin is her loving spouse despite, quite literally, the only thing he does in this book is call her and scream at her for daring to put herself in danger (her wilful danger-seeking would be following the orders of people she has been told to obey – after just being beaten for disobedience) until she’s near tears.

She also spends much of the rest of the book being given to Tony to use as his personal vampire agent to personally bodyguard various politicians. I have no idea why they need vampire bodyguards, why they are being targeted by the supernatural or anything else. No-one bothers to explain this to Lissa, she’s just around to fight and do as she’s told; so when the big-bad-hinted-meta-plot arises we’re still unsure as to exactly WHY this is happening. Why has the big bad suddenly decided to appear and be involved in human politics? Did Tony know or was it just a convenient coincidence? I have idea.

To make matters worse, not only is Lissa an abused tool (and Tony certainly joins in on that, moving her while she’s asleep, revealing her secrets to other agents without even thinking about consulting her first – which in turn endangers her and all vampirekind because Tony is so  cavalier with her secrets), but Tony constantly hits on her, tries to kiss her and tries to get her to sleep with him despite her repeatedly telling him to stop.

Top that off with him deciding to perform medical experiments on her while she was asleep. But he totally said sorry. I’m going to bet that in the next book she is embracing him as a friend again – just as she did with Gavin (he who ejaculated all over her. No really. And still felt he could call on her for favours in this book) and just as she did with Tony and, frankly, everyone else. No matter how much a man abuses her, she will forgive him and even love him.

In parts I see glimmers of Lissa beginning to understand and treat the men as they deserve – but it is very much in small parts. So she will challenge how Merrill as I said above – but it won’t last. Her anger is a brief flash before she returns to calling Gavin darling, embracing friendship with people who have only ever treated her appallingly and generally continuing to be the abused, maligned slave to people AND refusing to treat them with the contempt they deserve

Thankfully, there is a suggestion that someone is mind controlling her to make her feel that way – and I actually hope so. Yes having the protagonist be mind controlled over several books is preferable to her actually genuinely feeling this way.

On top of this characterisation, the plot is just kind of lacking. Lissa is sent to bodyguard people, but we have no idea why they’re under threat or what the big bad intends to achieve (beyond him being a terrorist and middle eastern because even vampires from the middle east have to be terrorists, of course!). We have a b plot where Lissa shows how brilliant she is because everyone else loses every shred of common sense or basic brain cells and a meta plot that still doesn’t make a great deal of sense or get developed that much.

Then there’s the treatment of women – as mentioned with Lissa, for all she is the most powerful vampire who ever bared fangs and she is so utterly awesome and skilful and powerful, all that means is that she is a tool to be used by a whole crowd of men. Her skills are just tools to use. Worse, she is in a nearly entirely male world – this is another world setting where supernatural woo-woo seems only to fall on men with both female vampires and werewolves being ultra rare to the point of non-existence. This is a terrible use of the “exceptional woman” trope amnd Lissa has no female peers. The one woman who is mentioned to any great degree is an evil, conniving woman who uses her looks to seduce a poor poor man into a marriage he hates by maliciously becoming pregnant by him

Yes, really. And she gets her comeuppance as well and the man is saved from the dreadful machinations of it-takes-two-but-it’s-all-her-fault.

On the LGBT front, Lissa continues to have 2 GBFs who exist to fawn over her. We do have one developing a lethal illness which makes her very concerned – except this is after her fawning recovery phase so her concern happens briefly and at a distance. For POC we have a Middle Eastern vampire terrorist and a few background Black characters – a briefly appearing werewolf and a briefly appearing federal agent goon. This book has a pretty large cast of characters for so few POC

In the end, I am just so angered by these series. I’m angered because I think I could like Lissa, her strength her power, her somewhat intelligence. But I’m constantly angry on her behalf – not because of enemies, not because of terrible situations, but because of the way the people who claim to love her treat her all the time. Sadly, she only seems to share my feelings half of the time and the rest of the time she’s calling Gavin darling or giving Tony a free pass or worrying that she’s hurt Merrill’s feelings as they call her sweet endearments and pretend they’re not abusers. No-one in her life respects her and that only seems to bother her half of the time