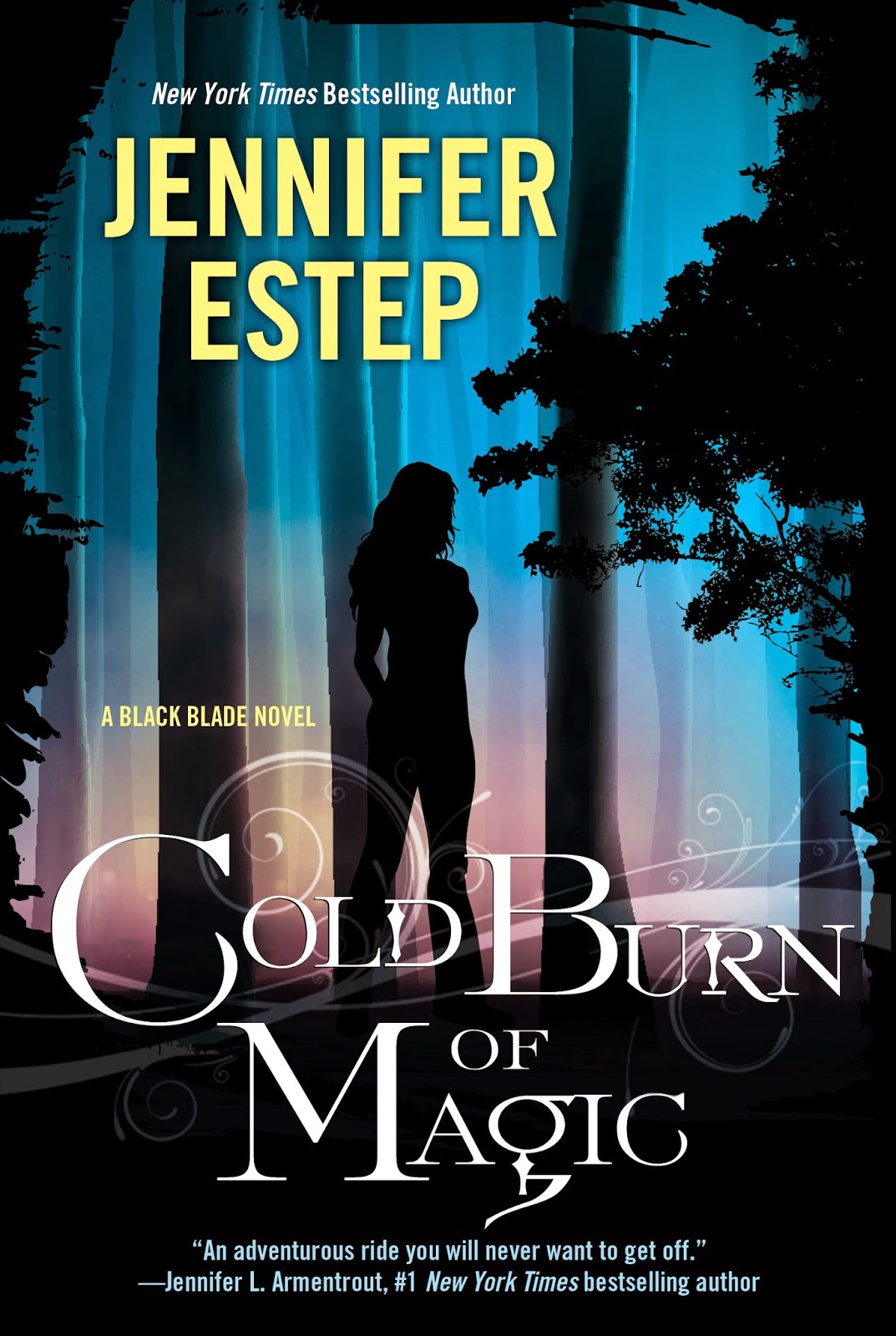 Lila tries to stay under the radar in the magical town of Cloudburst Falls. Her mother’s death when she was caught between the feuding magical houses drove that lesson home long ago

Not that she keeps her hands clean – she’s a thief and a very very good one. She’s also very handy with a blade and more so with her powerful magic – but even then she needs to keep that quiet; powerful magic is another desirable trait the magical families will target her for.

But she can’t close her eyes when an attempted assassination happens in front of her – and finds herself inevitably drawn to the Sinclair Family – and in the sights of the powerful Draconi family.

Having read Jennifer Estep’s Elemental Assassin series and generally being a huge fan, I was eager to pick this one up.

What struck me was that this book is very similar to that series. In both cases we have a corrupt system largely controlled by supernatural organisations/families/houses/criminal enterprises that have little or no respect for the law which they pretty much own. We have lethal protagonist who have lost most of their family to the cruelty of this organisation (and are carrying around great bucket loads of angst because of it). They are dangerous, lethally skilled and have a super-special, super-rare woo-woo that makes them even more dangerous though they generally keep it hidden. They don’t play by the rules, are a rogue, even a criminal but have hearts of gold and have to do what’s right even if they know it’s not exactly sensible

And that’s not a bad thing

No, really. I love the Elemental Assassin series, I’m not going to complain about another series that has a similar tone and brings many similar elements from a setting I love. That’d be like playing a game, loving it then not wanting to play any games that are similar. I loved the series, I will probably love any series that is similar to it.

Of course, that works so long as there are sufficient original elements to the new series – after all, “similar to” and “complete copy” are very different things. And this book does do that – the magic system is very different, the world setting with the monsters lurking in the corners is really fun with added little sinister darkness to the background. I like that the threat here doesn’t just come from the corrupt organisations, but lurking in the corners are the lethal monsters of legends ready to pounce on anyone who doesn’t know the old stories, the old fairy tales; it’s a nice creepy addition. The protagonist also approaches this corrupt world from a very different angle – working much more within the system and having a much more business-like approach rather than the family approach that characterises the Elemental Assassin Series

So I like this world setting, I like it’s mix of open magic and carefully hidden underworld. I like the corrupt, manoeuvring political families and I like that the protagonist is involved in all that political machinations – we get these wonderful elements of the old series I loved, the writing I loved and added different angels, different focuses and lots of new elements to bring originality.

As to the protagonist – I can’t say I’m the hugest fan of Lila. She’s not a bad protagonist but I think that’s kind of where I remain on her. There’s nothing wrong with her, she’s strong, she’s capable, she’s skilled, she plans well, she has the super-woo-woo but doesn’t rely on it to make her special (though she does her lethal combat skills). Her reactions are reasonable and while she does have the beginning of a relationship that I’m not a fan of (very unoriginal and not really interesting and Devon increases the amount of angst in the book to unfun levels) and a whole lot of parental angst, neither of them are overdone or excessive or all consuming. I just don’t really see anything about her that really makes her stand out; for good or bad. She doesn’t annoy me, she’s not bad, she has several good elements but nothing raises her above the pack.

We do have several POC – we have one prominent Black character with Mo, Lila’s caring father figure she has to keep at a distance because of her angst. I like him, he’s clearly caring, capable and fun – but without more development and exploration we have a Black character who wants to support and help a White protagonist without a whole lot of development as to WHY he is so invested in her which doesn’t work well with an ongoing trope of POC servants to white protagonists

One of the major families of the city, Ito, is Japanese and Poppy is a moderately appearing character from that family (I also like that their family means we don’t see all the Houses working against each other and these two houses can co-operate). Love interest Devon’s best friend Felix is Latino as well. They’re not the biggest characters, but outside of Lila and Devon there are no characters that are more important.

The majority of the people around Lila are men but there are some interesting female characters. Poppy is an interesting character and potential friend. Deah is demonised but at the same time complex – she’s from a rival House but equally not utterly demonised despite Lila’s personal disdain. Lila can hate her, even have reason, but that doesn’t make Deah a terrible human being. Even Claudia, Devon’s mother, is ruthless and capable and passionate about her house and, equally, clearly a far better and compassionate house leader than her rivals even if Lila does, justifiably, hate her (since she uses that ruthlessness to coerce Lila). Even the women who are enemies of Lila are not demonised which I really appreciate. It is possible to have a villain without demonising them – and especially to have women who even dislike each other without one side being irredeemably loathsome.

There are, sadly, no LGBT characters

I like this series, I like it a lot. I love the world setting it has so many elements I love. I like the theme and sense of the place, I like all of the possibilities in their politics and I like where the story is going. The plot and the world has definitely been sold to me – the characters are decent enough to carry it and have a lot of potential to grow and develop further. I want to see more, I want this series to keep going – I want to become a fan of this long running series. Please make it so!