Deadline's Bizarre Idea that Racial Inclusion is Going Too Far 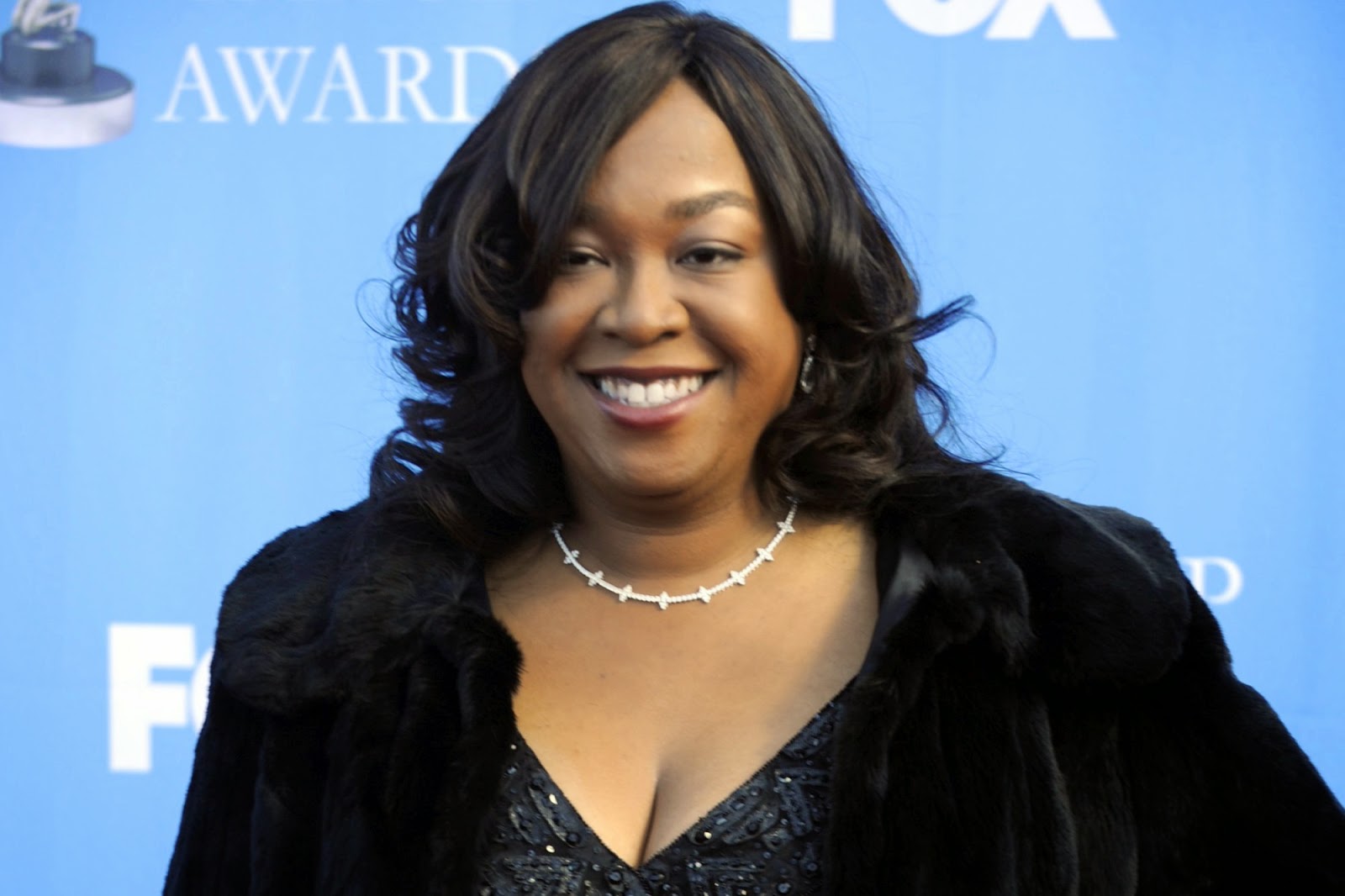 Recently Nellie Andreeva for Deadline posted a much criticised (and rightly so) article about the number of new pilots with “ethnic” casting this year. Unlike us, the writer does not celebrate this minimal increase in representation- in fact she frets and worries at the direction the media is going. Clearly this small increase in the amount of melanin is just going too far.


This piece does seem to be an extremely pertinent example of the power of the societal default. As a society, we see certain people - inevitably the most privileged people (white, straight, cis, able-bodied men) - as the default; the basic human being. There are many things that come with being the societal default, but among them is the ability not to be noticed. Describing someone as, for example, white is often seen as necessary as describing people as not having tattoos. We see this in many books we read where POC are described by race but White people are not because if race is not described we assume the character is white just as, if we do not describe someone as having tattoos we assume they don’t have any


It is why we still get an enormous amount of people demanding justifications or reasons why a character is a POC - or any marginalised group - because you can’t just include the Other, you have to have a REASON.


Or, to put it another way, people act like having an 18% POC cast is as ridiculous as having a network with an 18% elvish cast. Sure they could picture one or two programmes with elves, but they find it really weird when nearly 20% of the network’s characters have pointy ears. If we accepted POC - or any minority - as human beings on the same level as white people then the whole idea of them making up a mere 20% would not be seen as odd or out of place.


This is how a pretty small number of POC characters are seen as an overwhelming wave that is driving out White characters - despite the fact you can turn on just about any channel at any time and still be assured of seeing many white faces - including on most of the protagonists and major roles. We do not see those White faces, they are covered by a veil of perceived normality that we still see as how things should be.


Which is also why I’m not crying any tears over the idea that there are POC “quotas” being “imposed” by big meanie networks that are denying skilled White actors their rightful jobs (with the added implication, of course, that white actors are inherently superior) because that is dwarfed by the huge number of POC actors who are struggling to find roles because of the assumed “quota” of white characters imposed on so many casting decisions - especially of main characters. The quota that will put Friends in a glaringly white New York, that will put Charmed in an extremely White and straight San Francisco and Atlantis in a white Ancient Greece. The quota that will have shows like Game of Thrones decide POC could only be minor occurring, exotic “others”. A network quota that means out of the 87 shows we’ve watched for Fangs, only 6 of them have NOT had a White protagonist or co-protagonist (and some of them are frankly dubious choices - like Z Nation) and virtually none of them are lacking significant White characters. Or a the quota that means Steven Yeun is struggling to find roles despite the success of the Walking Dead.Or the quota that made this year’s (and, frankly, most previous years) Academy Awards whiter than a Klan rally.


This whole article seems to echo with accusations of “reverse racism” but not only is reverse racism not actually a thing (and claims of it would be laughable if they weren’t so damaging) but it blatantly overlooks the extremely racist standards that are already in place.  A network quota demanding a certain number of POC actors will only put the tiniest chip in the massive unspoken White quota that already exists and always has existed
And as for the idea that some characters are being “changed” from White characters to POC - this, again doesn’t stand up to scrutiny. White characters being made into POC? What you mean like Vampire Diaries that made Bonnie Black compared to the books which are whiter than a polar bear in a snow storm? Or the Secret Circle which is also so White and Delightsome? Too often these “changes” of white cast to POC serve to do little more than add some desperate token inclusion when an original text was so utterly erased - this isn’t stealing roles from white actors, this is a desperate and highly lacking attempt to pretend that the erasure in our media isn’t happen. We can also hardly pretend that POC aren’t repeatedly changed to be “more identifiable” white characters especially when the character has any kind of major role - look at Khan in Star Trek: Into Darkness, or most of the cast of Exodus (who aren’t servants) and Aang, Katara and Sokka in Avatar: The Last Airbender.


This is before we even consider how irrelevant changing a white character to a POC in our media culture is, especially compared to the damage that erasing those few POC characters does - as is so perfectly illustrated by Timemachineyeahs’ excellent analogy and as we have repeatedly pointed out in our posts about erasure and tokenism.


There’s also another very simple reason why shows with POC protagonists and heavy minority casts are doing well - and it’s nothing to do with PCism or network quotas. It’s because people are watching them religiously - not least of which because they are actually depicting the world as it is, rather than this ridiculous whitewashed fantasy so many writers seem to think we want to see.


It also allows stories to be told that are not being depictedd, that are constantly passed over as we tell the story of yet another cis, straight, white able-bodied man over and over again. By finally opening up their casts - especially the casts of main characters and protagonists - to POC and other minorities then we have a whole wealth of neglected stories and experiences and viewpoints to draw upon. In a media far too often stuck on reboots and tropes, we have a whole treasure trove of original stories to draw upon and present in fascinating new ways. All these stories that cannot be told with an erased or tokenised cast - and some of these stories are extremely important and relevant to so many current events.


And, at the most cynical, there’s also a huge audience of POC (and other minorities) who are, frankly, pretty desperate to see themselves in a meaningful fashion. After so much erasure and tokenism and shallow tropes, opening up the casting of protagonists and other major characters finally gives these audiences characters they can identify with, characters they have been craving for so long. Characters who look like them who are finally being included in a meaningful fashion and are telling stories that are actually engaging as well as being their own stories - not additions or extras to some white protagonist’s story. Stories that are evocative of the culture and experiences of POC, like Empire. Is it any wonder they tune in every week? Is it any wonder they tweet and facebook and talk it up everywhere they can? This is a largely untapped gold mine and a nearly assured fanbase before the pilot even airs (though, as Sleepy Hollow has shown, that fanbase can still be Cranewrecked).


Commenters who lament this small reduction in the number of White protagonist need to pause and think what POC and other minorities feel about the current state of the media.


There is so much wrong with this article - from the idea that these relatively few POC roles is somehow excessive through to the idea that this is a negative trend rather than seeing the power and opportunity of it for original storytelling, representation of sorely under served groups and of expanding everyone’s experience. Visibility matters and far too many people manage to live lives insulated from the experiences of POC and other minorities which, in turn, allows them to maintain blinkers to a lot of severe injustices in our society or maintain their own prejudices, fears and ignorances. Bringing minority experiences and minority characters to these sheltered bubbles is a powerful and vital opportunity we should be embracing - not fretting over because White characters are less an utterly overwhelming majority on a relatively minority of shows.
Posted by Sparky at 9:00 AM