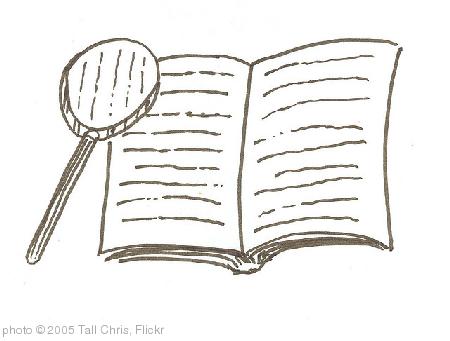 What is wonderful about Dystopian and Paranormal Steampunk is that the author has the opportunity to either create a brave new world, or an alternate past. Obviously in all fiction this opportunity exists but dystopian and paranoramal steampunk lend themselves remarkably well to this idea. Unfortunately instead of taking the opportunity to do something different, the majority of the authors that we have read have simply recreated the world as we know it today with the addition of fantastic steam run objects, or a sparse earth with no difference to the power structures currently in effect.

In the case of Dystopian worlds, this erasure has a particularly unpleasant implication. After all, we know marginalsied people exist - we know there are people of colour and GBLT etc people out there - so where are they? Or, rather, what happened to them?

In a Dystopian world something has happened. Be it major societal collapse, nuclear, alien/vampire/monster invasion, environmental disaster, mandated playing of country and western music - some dark and terrible thing has afflicted the world and, usually, decimated the human population. And when we take the idea of a decimated human population and then show no marginalised survivors the natural assumption is that the marginalised people are dead.

This turns the dystopian world into a post-eradication world. And, in the case where it has been an active attack or invasion, it turns it into a post (or pending) targeted genocidal world. The implication is that whatever disaster happened - or whatever force attacked - it wiped out marginalised people first. Your zombie apocalypse apparently had a horde of zombies that just looooved the taste of GBLT brains. Your marauding monstrous horde really hated people of colour. That supernatural plague for some reason picked off the minorities first.

And this is rarely touched in the series either. We have the implied eradication, but it’s never addressed or explained or referred to. We have implied targeted eradication and this not considered relevant by any of the cast of survivors.

I know we’re going to get people answering this with “you’re reading too much into this” “the author didn’t intend this” and even the dreaded “it’s only fiction.” But the author carelessly erasing us rather than intentionally portraying us as eradicated doesn’t remove the implication of targeted destruction. If a minority is absent where we would expect them, and if there has been a great loss of life, isn’t it reasonable to assume they died?

And is it that odd an assumption? It’s not like there aren’t real world examples of people of colour, GBLT people, the disabled and minority religion adherents all facing actual genocide. We have many powerful real world examples of societies actively attempting to eradicate these marginalised groups. Is it that ridiculous to look at a post-decimation world, see our absence and assume that there has been a targeted eradication? I would say to consider it ridiculous is to live in inexcusable ignorance of the genocides - both past and present - of our real world.

So when we see the Walking Dead survivors outside of Atlanta - Atlanta of all cities - and no GBLT survivors; it looks like the Walkers were hungering for some GBLT flesh. We also assume that they definitely have a preference for people of colour, given the small percentage of survivors. When the vampires invaded and destroyed all of Northern Europe in Vampire Empire it looks like they picked off the GBLTs first. These are automatic assumptions and, frankly, perfectly reasonable explanations for a completely unexplained absence.

And from one failure to take an alternate world yet still keep all our old prejudices, we move on to another - paranormal steampunk.

Paranormal steampunk tends to erase GLBT people specifically with the excuse being that men and women of this time did not live openly as gay. We all know that GLBT didn’t suddenly appear in the 1960’s and have been part of society since time began. If not always living openly, there has always been a sub culture and in specific areas a thriving sub culture. There are even criminal records that detail their imprisonment for buggery, and therefore erasing them at a time when they were so openly persecuted, denies homophobia as a historic wrong.

One of the few books in which gay men are present in steampunk is Gail Carriger’s Parasol Protectorate series. As much as it is wonderful to see characters who aren’t straight, her dandies though competent, represent some of the grossest stereotypes of GLBT people. Cassandra Clare also has a bisexual character in the form of Magnus the great who gives new meaning to the word camp and exists solely to serve the straight people around him. It is hard to praise these authors for inclusion, when the representation is so incredibly lacking.

The other major fault with paranormal steampunk is the continual erasure of people of colour. When they do occur they are largely in a servile role as can be seen, in the Vampire Empire series. Obviously steampunk takes place in the 1800’s and so there would hardly be much interaction between the races, but that should not preclude have a character of colour as a protagonist or even antagonist. The erasure of people of colour means that there is never a reason to discuss either racism or Whiteness. I find this troubling because at the time that these stories are occurring, the western world was busy ravaging the Global South and creating colonies. The erasure of characters of colour make it seem as though colonialism and imperialism were a good. As the characters consume items that they could only access because of colonies, no thought is given to the cost, which btw these former colonials are still carrying to this very day.


There is also the issue of a very marginalised presence of disabled characters. To be fair, disabled people are largely erased in much of fiction; however, in this case it particular it smarts because the authors have the opportunity to do something new. In the case of Paranormal Romance because the power structure has very much been kept in place that should necessitate the inclusion of disabled people. Obviously nutrition and medical standards were not what they are today, and still yet, there is little to no reference to disabled people. Most writers get around this point by focusing their stories on the upper classes, who would be less prone to illness or disability, but that still does not exclude the near erasure of disabled people. Instead, what we get are hyper able people in the form of various supernatural entities, and so-called normal humans.

The sad thing is that these genres, perhaps even more than the rest of Urban Fantasy, present us with a radically different world, a massively alternate history - a place that is so much different form the world we know. Not just the inclusion of supernatural creatures, but our entire world drastically changed, often with countries radically different or removed entirely, with a different history and rich alternate worlds.

Yet with all this difference, where so much of our world has changed - we’re still carrying over the same -isms. Presented with such a golden chance to make something different, we tread the same prejudiced paths.
Posted by Sparky at 9:00 AM