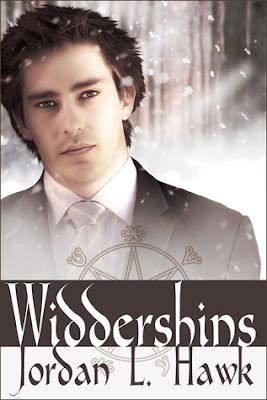 Isolated, lonely scholar Percy tries to live a quiet life under everyone’s notice, living with his haunted past and hoping no-one learns the secret of his sexuality

When a private investigator enters his world, demanding his expert help and dragging him into  world of dark mystery and death – and sex.

Some books are written with delicate nuance, carefully crafted writing and gentle subtlety that gracefully introduces you to the world, the characters and the plot line, allowing them all to grow and be revealed with beautiful, natural flowing style.

And some books handle the plot with all the gentle subtlety of a sledgehammer being wielded by a drunken carnival barker. Guess which category this book fits in?

Our hero, Percy Whybourne is awkward and clumsy and self hating and self-conscious and isolated and hates company and his family hates him and has a desperately tragic past which he feels terribly guilty about but, because he’s the hero, of course he isn’t actually to blame for it but he feels all sad and guilty about it anyway.

This is all dumped in ridiculously vast detail very early in the book. In fact, Percy feels the need to clumsily reference the childhood friend who died by page 16, his dad hating him by page 18 which also includes a full description of that child’s death. Seriously this is just info-dumped in there, the book hasn’t even started Percy’s clumsy awkwardness is referenced about once every other page. In all this time he’s missed the bus and arrived at work. Subtle, it ain’t, nor is it particularly endearing to the character. I can’t even picture Percy as a character because he’s more a collection of tropes – the awkward, clumsy, tragic closeted gay academic who doesn’t love himself.

Unfortunately, this lack of nuanced writing pretty much tells you how the romance is going to be depicted. 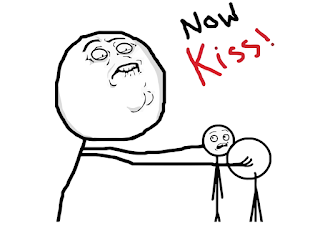 We meet designated love interest Phillip. Who is hot. So very hot. And Percy mentions this a lot, in between stammering, being clumsy and being all tingly every time Phillip touches him (which he does a lot, always through layers of clothes but super-hot – this heat is always mentioned. I’m sure he has 3rd degree burns from all this heated touching through clothes), stands near him, breathes on him or glances in his direction. We also have repeated mention of malachite eyes and lips. Oh gods the lips.

By page 37 there are 24 separate references to the hotness of Phillip and Percy’s red hot reaction to him. It most certainly does not reduce as the book goes on but I did get tired of counting. Not only is this rather dull but it’s somewhat damaging to the world setting – this is a Victorian era setting where being gay is persecuted by law. Percy’s existence as a gay man is a crime and I have never known an LGBT person who is just this bad at hiding his arousal. Even as a horny teenager, most of us are simply better at hiding than this even when we don’t live in a world where discovery will arrested and imprisoned. Percy, how can you be this bad at this!

It’s also about the only desperate reasoning behind some severely forced plot. After having the obligatory Misunderstanding (why do we have to have these in romance? Why?) which is quickly resolved, Phillip then invites Percy to join him for a bit of late night breaking and entering

Whyyyyy? Why would Phillip invite this complete stranger with zero relevant skills to illegal activity? This makes no sense – the only possible explanation is that he’s using Percy’s powerful family name to try and escape consequences. But Percy just had a convoluted, misunderstanding epic shitfit over the idea that Phillip was trying to use his family name not 5 minutes before – and the idea doesn’t even occur to him now!

This is the problem with this book – because between the romance there is a potential plot there, but it’s handled carelessly, often put on hiatus (despite major threats, monsters, and chthonic beings ready to break through) so we could focus on the romance which is the overwhelming purpose of this book, which is the problem I have with it. I was told this book was an Urban Fantasy and not a Paranormal Romance… well that’s blatantly not true. There is a plot there, but it’s there to display the romance – mooshing these two characters together as soon as possible is the point of this book and it’s clear from the very beginning and we never get far from that. I love the book has gay characters and I’ve read so very few books in this genre with any LGBT protagonists and definitely few with a gay male protagonists which I really want to see. But I really want a story with a gay male protagonist – and not two gay men pushed together to have sex and then a plot sort of built around that. And honestly that kind of covers the romance as well, beyond the requisite Sad Pasts both characters have I have little feel for them as people beyond The Sad Past and their attraction for each other which they act on within, perhaps, a week of knowing each other DESPITE the homophobic setting. It wasn’t developed it just happened – I see him, he’s hot, angst angst angst, misunderstanding, sex. Oh and plot, sort of, tucked in between.

Which annoys me as well, this is a world where being gay is a crime, but there’s very little about their interactions to indicate that’s a concern for them. I mean, Percy worries about it as part of his eternal angst, but they both still end up in bed within that week despite neither of them being in any situation where it would be safe or expected for them to reveal their sexuality. A lot of LGBT people in a country where being gay is legal would be wary hitting on a guy after a week’s acquaintance when not in a gay location or knowing the other guy is gay – let alone in a place where being gay is illegal. It strikes me as undeveloped world building, it’s there to cause tension but the full concepts of it has hardly been properly developed.

The plot, as I’ve alluded to, could have been interesting – chtonic monsters in a nicely Victorian setting? Dark and sinister magic? Archaeology, cryptography and sinister resurrection? Sure – but it wasn’t really followed through. Parts of it were dragged around with little reasoning (like Percy going housebreaking because of course), the two main characters themselves seemed to get surprisingly distracted from this life and death, world-ending issue and we had frequent interludes for Percy’s moping, angst and Convoluted Misunderstandings (words cannot describe how much I hate this romance trope) where the plot would just be dropped.

One real bright spot in this book was Dr. Christin Putnam – female archaeologist, master of the scathing put-down and bale to put someone in their place with 3 simple sentences. She was awesome. She was interesting. She challenged the misogyny of the era and her profession with style and wit and force, she expressed her struggles and problems which comes from the hyper-scrutiny she’s under and the inflated standards she has to meet. It’s almost sad, I was recommended this book as inclusion of gay male protagonists but had little interest in the collection of shallow, tired tropes attached to genitals that constituted their “characters” and was far more interested in this side character.

Thre are no POC in this book at all, that I can remember, despite an expansive cast.

The whole problem of this book is regardless of the potential plot, regardless of the potentially interesting world building and regardless of an actually interesting side character, none of this changes that not just the main – but the sole – purpose of this book is to watch these guys have sex. Only enough attention is given to the rest to allow that sex to happen – character development, plot, world setting – it’s all given enough attention to be there but not enough to actually work and hold together.