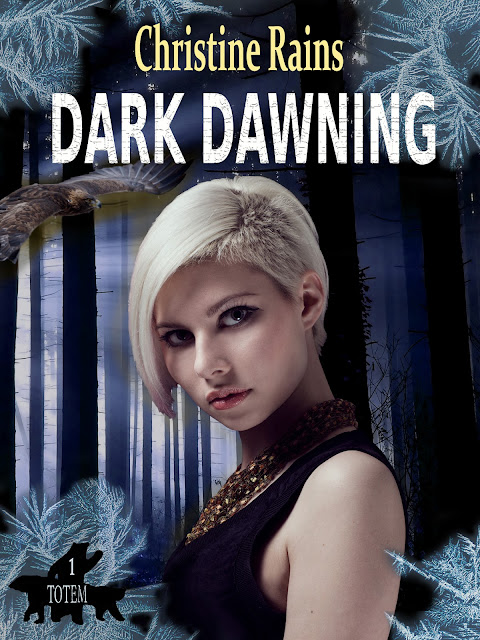 Ametta is an interior designer in Alaska – but this werepolarbear has ambitions far beyond her state: she wants to head south, to the great cities and really build her business.

Her family does not approve

But when wereanimals are being hunted and killed and skinned any disagreements she has with them about their future need to be shelved while they focus on desperately surviving.

Werepolarbears! Werepolar-bears. Were-polar-bears? I don’t know exactly how to write but this is awesome and so rare

So I’m already praising this book for slaying this trope of acceptable feminine wereanimalness (feline, it’s always feline). We also have an interesting main character: she’s not exactly completely original: she’s wants more than her provincial life in Alaska, she wants to move to bigger cities and expand her business as an interior designer. She has ambition, she’s driven and she is willing to stand up and demand this. It’s an excellent example of a strong female character who is strong in ways beyond fighting.

The plot itself is well written, nicely twisty as they try to figure out who is attacking and killing wereanimals, why they’re doing it and how they’re doing it. The tension is kept going and the obligatory romance between Ametta and Lucky, a were-kodiak bear – doesn’t get in the way of it.

This book does seem to be drawing at least a little on Native Alaskan mythology, beliefs and traditions. I say seem because I know so little about this that I honestly am not even going to try to say if the depiction is accurate or drawing on actual beliefs or not.

Even if they are sincere beliefs – including Ametta’s older sister Saskia keeping to taboos and following rituals over the food of animals they’ve killed to eat – there’s not much indication that Ametta and her family are Native. They refer to Native Alaskans as “them”. Ametta is an English name. Her father is called Kunik which I think could be an Inuit name – but could also be Slavic or Nordic or even Indian. The overall feel I get, due to them referring to Natives as separate from themselves, is that we have a lot of white people who have Native culture dropped on them to give some shapeshifter culture

This book has no POC, no disabled people and no LGBTQ people.

The book is also really short. My app says it is 90 pages long. This is the first book in a series and I think it would benefit a lot from being a lot longer. There’s a lot of really interesting elements that could be expanding without cutting into the plot or pacing. Ametta’s work, the different shapeshifters, the nature of their beliefs, the nature of the Black Shamans and the greater supernatural powers that are referenced but badly need to be expanded. A book this short with this interesting a world building that has been had space to build this further.