The Librarians, Season 3, Episode 1: And the Rise of Chaos 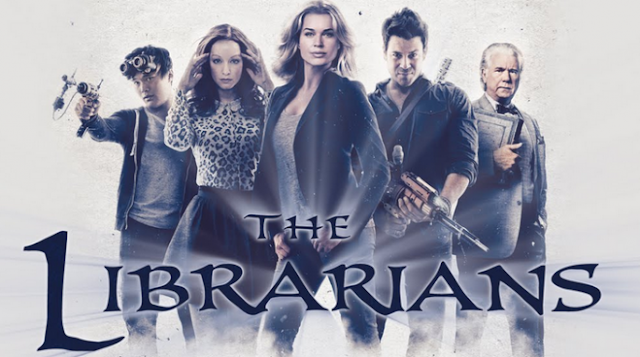 Librarians is back! Awesome news for anyone who doesn’t hate joy and have no soul *ahem*

And so begins the cheese. Perhaps too much cheese. I mean this whole series is devoted to the glory of cheese but by the time we get to the harmonious singing even my cheese quota has been exceeded.

We’re reintroduced to the gang in the best way, we get to see each of their talents with none of them really eclipsing any of the others, really showing what a team they are and how they work best as that team

This is why I don’t particularly like Flyn around. I mean, I like him but I think he messes with the balance and why the series did such a great job of ensuring he was separate from them. Without him we have Eve and the four librarians working together – if there’s any leader it’s Eve. With him it’s hard for the show not to become The Librarian + sidekicks. We didn’t quite reach that here, but the threat is always there with him around. Which is an issue because the focus is TEAM. The team working together. The team being so much greater than the sum of its parts

Especially with Eve’s ominous but excellently referential (I hate it when shows ignore previous seasons) to how she has seen how awesome each of the Librarians could be and she’s desperate for them to reach their potential for the ominous trouble incoming.  (This includes a nice poking at Jake and his own acknowledgement of his sexist bias).

And Jenkins continues to be awesome, dishing out sass and awesomeness. Because Jenkins

They do need to be ready because the clipping book bursts into flame, bad stuff is happening

The bad stuff is a released Egyptian force possessing a man. He’s Apep, the ancient Egyptian god of chaos. He wanders around causing just that since he has the power to cause everyone to attack each other in a glut of chaos.

To get his full power he intends to open a vault full of Pure Evil. Which is, as is expected, pretty bad if rather clichéd.

Begin the shenanigans as the team rush to try and stop him, involving the antikythera mechanism (which is awesome), submarines, everyone’s excellent expertise and a huge amount of geeky enthusiasm and almost silly childishness

And yes, it’s silly and yes all the Librarians are pretty much overgrown children – but that’s what being a Librarian means. Not just being intelligent and knowledgeable, but bubbling with such a vast enthusiasm that is, yes, childlike. Which is why Eve is there, the parent – and yes she is a parent. She’s the grounded one. She keeps them focused, she tells them “no” when they want to play submarines, she keeps them on track; but, and this is the key element which makes her character more interesting, she isn’t just the parent/nag/scold. She has her own skills and her own place

I think this is the gem of this episode, it kind of sums up everything the Librarians are about in one nifty re-introduction.

The power of chaos does nearly cause the gang to fight each other and let Apep win, but it is fought by the Power of Cheese. Such terrible cheese. So much cheese. 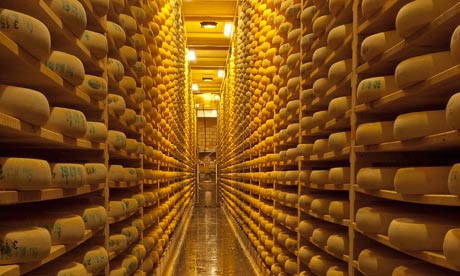 It’s cringeworthy, it involves close harmony singing and a totally-over-the-top-declaration of family and friendship and unity that it was just awful. Do you know what it missed? Jenkins. If you’re going to throw this much cheese around you need Jenkins in a corner rolling his eyes and making a quiet quip at the ridiculousness of it all. Jenkins was the cracker to go with this cheese and without him it was just a goey mess

Apep duly nauseated we get an introduction to the second antagonist of the season: DOSA

The Department of Statistical Anomalies. A new government department created to, well, do what the Library is doing. The problem is they know enough to do be dangerous… but not enough not to make things worse (among the statistical anomalies they’ve analysed is the presence of the Librarians everywhere there are shenanigans). Not least of which an organisation which knows pretty little about magic starting to horde magical artefacts.

And lo, we have a glorious reintroduction and a nice set up for the season of the two main antagonists as well as a reminder of ongoing conflict: whether magic can ever be used safely. And far far far far too much cheese