The Vampire Diaries, Season 8, Episode 11: You Made A Choice to Be Good

It was late at night, a writer stirs in her bed, unable to sleep – fitfully she mutters the same word over and over again… elena… elena… elena – feverishly she reached for her script coming awake in horror… The Vampire Diaries has only mentioned the precious Elena only half a dozen times this whole season. Desperately she staggered towards the shrine in the corner of the room, feverishly shoehorning Elena references into the latest episodes regardless of whether it fits, pausing only to mutter “mea culpa” and punish herself by reading past Vampire Diaries scripts.

Yes, The Vampire Diaries has realised that the centre of the universe has been peskily absent this episode, time to try and make her relevant again. 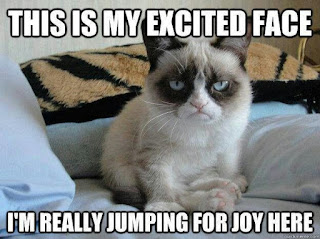 Seriously, remember last episode when he was literally comatose because of his grief? He’s over that now. All better. No guilt any more. All is good.

Last episode Cade escaped, handily brushed aside the pesky Siren storyline and has now rescued Stefan. He wants Damon to get back on script and kill 100 bad people by the end of the night. Or Caroline since she’s Stefan’s fiancée and apparently fucking with the emotional lives of people he barely knows is as good as 100 souls for him.

Damon has decided he’s all about redemption – by which he means “I’m good now” rather than “I must make amends” and doesn’t want to do that. But Cade seems to be annoying invulnerable (or, possibly, the super powerful telepath is just able to create hallucinations of being on fire/having his heart ripped out etc to convince Damon he’s invulnerable. Seems more likely to me, to be honest). So they need a plan.

Caroline, meanwhile, is involved in a new town historical event because that is ALL THIS TOWN DOES all the time which involves a time capsule and lots and lots and lots of nostalgia and a couple of decodes belonging to Matt’s ancestors which Dorian decides to hand over to Matt because that’s totally how archaeology works, y’know.

Thankfully, Cade decides he cares less about Founder’s day events than I do so decides to start killing people to get Damon to get moving. Despite being a telepath who can read people’s minds and then set them on fire in seconds, Cade still thinks it’s a more effective use of his time to pressure Damon into killing people than just doing the killing himself.

While Caroline worries about Matt dying (I don’t) and offers him vampire blood just in case (immortal Matt! NOOOOO!). Matt responds to her gesture with venom and loathing about how terrible it would be to be a vampire – despite him not being one – and kind of blames Caroline for everything Cade does. He’s kind of got this whole idea that all things supernatural are related and equally to blame

See, I can see blaming Caroline for the people she’s killed (and she has). But to blame the supernaturals who are TRYING to be decent for the evil actions of those who are outright embracing monstrosity is not only ethically dubious (because The Vampire Diaries has a very broken moral code) but also throwing away the one asset you have in actually stopping the big bads. Let’s be clear here, for all his eternal disapproval, Matt has not been an effective tool in stopping the supernatural badnesses breezing into his precious Founder-obsessed-town

I mean, I get Matt’s point – they are constantly forgiving the main cast for their constant murders over and over and over again. This is important. And Matt agreeing that Stefan turning his humanity off AGAIN doesn’t mean that Stefan gets a pass for this. All agreed – but he weakens this by then giving Caroline shit for what Cade has done. And I think that’s intentional – because (oh gods I can’t believe I’m going to say this) Matt is right. (Ugh I feel unclean). He’s right about the moral code of everyone around him, their evil and how everyone totally forgives them all the time. It’s only by having him attack Caroline unfairly that the show can stop everyone basically being Team Matt (that and by making him about as likeable as kale).

Caroline also offers her blood to Dorian who says no because he’s influenced by Matt. He may even have a back story which surprises me – especially since he recognises Cade

To Bonnie! Bonnie and Enzo are taking the evil magic siren bell to Bonnie’s hidden cabin in the woods (which she has because of course she does) which is also where she’s stashed Elena. Bonnie wants Enzo to do lots and lots of fun stuff as a vampire because he’s going to take the cure from Elena’s blood and become human because getting old and dying is so romantic. Damon is pouty about this because no-one consulted him and he intends to take the cure and grow old and die for Elena because ROMANCE.

I. Do. Not. Understand. This. Trope. And it’s only more nauseating when we have characters who have not yet reached their mid-twenties waxing lyrically about how lovely it would be to suffer the ailments of old age.

I’m not going to lie, I’d laugh myself silly if Damon took the cure and then was hit by a bus 3 months later. I would. I’m a terrible person.

Caroline also wants the cure – to use on Cade. Because the cure to cure vampires is going to make the immortal devil psychic mortal. Apparently. And then she wants Enzo to use Cade’s blood to cure himself and then Damon to use Enzo’s blood. This sounds ideal but both Damon and Enzo seem to the think the cure’s a one shot.

Anyway, Bonnie has an excellent scene where she agrees to Caroline’s plan while making it clear that, yet again, Bonnie is expected to defer her own wishes, she’s expected to put her own wishes and desires and future on the backburner. This has been a repeated theme of Bonnie’s since the very first season and thank gods they’re finally calling this shit out.

And I’d cheer this if she wasn’t talking about her relationship with Enzo which I’m still not buying.

Now for the Elena moment. See in addition to telling Damon he needs to kill 100 people or kill Stefan’s love interest, he apparently gave the same deal to Stefan – kill 100 people or Elena. Because CADE CARES ABOUT ELENA WHY?! Stefan decides that though he loves massacring and torturing people he’d totally love to kill Elena more because it will mean Damon will hate him forever and stop trying to save him and everything will be good. Is this reasoned? Nah, because even if Damon hates him he’s still going to chase him and try to kill him. The whole logic behind this is LETS MAKE EVERYONE CARE ABOUT ELENA

Even though she has been comatose for over a year now. She is still the black hole pulling in all plot

Oh and when Damon realises this he kills a random disposable person to prove to Cade that he's totally on murder side so long as he'll let Elena live. So much for his fecking redemption.

…wait, what? This counts for transferring property? This has absolutely no legal position at all!? How does this owning property even make the slightest sense?! Does someone just have to scream “it’s mine!!!!!” really really loudly and lo they own the house for vampire invitation purposes?! Y’know having someone notarise a document to have someone transfer their house to THE NOTARY without any consideration at all has less legal standing than one of Trump’s executive orders!

So Damon races to try and get to the house before Stefan. Clearly he’s not going to make it. A sensible person would call ahead and let Enzo and Bonnie know that a murdering Stefan is on the way. But he doesn’t

So Enzo is completely surprised when Stefan arrives and rips out his heart.

Enzo isn’t an immortal agent of Cade. Enzo is a vampire. A normal vampire. Ripping out his heart is lethal

Enzo is…. Dead. Actually properly dead. I thought we would never see him die! I… wait… Bonnie loved him. Oh damn it Vampire Diaries, so you finally get rid of this annoying excess character but only when it’s going to cause Bonnie maximum pain.

She stabs Stefan with the cure. So now we’re going to have cured Stefan and pissed Damon and no doubt human Stefan being ALL THE ANGST

I hope Bonnie takes the chance to cut bits off. Or at least stomp on his balls. Or shave him bald. Something.