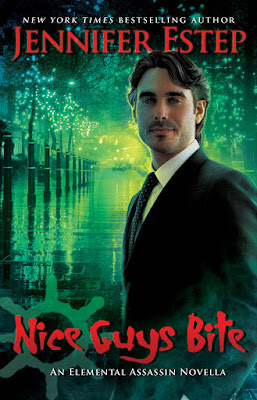 The foreward of this book says it’s for Silvio fans. Which was a hook for me because I’ve been desperate for Silvio to be developed in this series for some time.

Silvio is an interesting concept – the admin support for the criminal empire. The PA for the mob boss. A man – well vampire – who lives in a city that is so corrupt and so overtaken by criminal gangs that it needs its own bureaucracy.

And Silvio has been such a blank slate for a long time which is a shame and deeply problematic. He’s a skilled administrator who likes order and values Gin –but that’s not exactly a personality, it’s a series of quirks that just make him useful to Gin. Which is basically what we see of him – an admin assistant who is there to, in Gin’s words “mother her” without actually having anything in the way of his own life.

This was a chance for us to see a lot more of him, his memories, how he feels about working for Gin. Also what it means for him to be a vampire, what blood he drinks, how he gets it, how he feels about that. This series often treats the various creatures that inhabit the world somewhat casually – “Fred is a Giant”, “Latoya is a Dwarf” without much looking through the eyes of them. So seeing Silvio talk about his blood drinking, think about it and relate to it is an interesting expansion not just of him but the entire world.

This story gave Silvio a relationship, opinions, nice quirks like his sweet tooth and generally made the first steps towards turning him from a random extra who existed to serve into an actual character.

I do have issues though. Firstly, my issue is that this is a short story. Silvio has, since his introduction, been a blink-and-you-miss-it LGBT inclusion, as well as a Latino character (though we do have other latino characters as well) There are several books with Silvio in them which you can read and you won’t realise he is a gay character at all. So this definitely needed expanding and developing to actually make his inclusion more than the very thinnest of tokenism – but this doesn’t do that. This is exactly what we talked about in our post of Quite Portrayals of minorities. Rather than having Silvio’s relationships, sexuality and character development happen as part of the main plot line, it’s relegated to a side-book, a short story, a fluff piece that has no real connection to the main plot line. More, the story is even set up so Silvio doesn’t tell Gin, Sophia or anyone else what happened so they will never bring it up again. Sophia, Roslyn, Finn, Owen all had major books devoted to their personal storyline and trauma – and the whole cast were involved in it. They reference it because of that (I am currently reading Snared in which Gin refers to Sophia’s past as a perfect example)

Silvio’s story has been put in a short story aside from the main plot, ensured it’s completely separate from the other characters and generally has the feeling of box ticking; like “damn we’ve only had one LGBT character in 18 books and short stories (just the ones I've read - there are several short stories I haven't. Which is kind of my point, I'm not the only one who doesn't read short stories for series), and single mentions don’t cut it any more” so this book is released and lo, problem is solved. Now Silvio can go back to “mothering” Gin as her gay latino assistant while having no story or life of his own all without a single ripple in the main plot line.

I’m also not thrilled with how this book ends, with Silvio being bitterly disappointed and resolving how bad it is for him to hope for any other relationship in the future and anyone he loves is going to be dragged into the evil badness of his life and be endangered. It’s both sad and, again, feels less like representation so much as a pre-justification for why Silvio will never ever ever have a relationship again

It’s a good story, it’s got some excellent action (I’ve always said that Jennifer Estep is peerless when it comes to her action scenes) and it’s a nice exploration of this excellent world (though sometimes I do wonder if there is actually anyone in this city who isn’t connected to a criminal gang. I kind of feel if Ashland really existed, someone would have carpet bombed it by now) and a definite fun read. But the purpose for this book – examining a side character and ticking some representation boxes – feels like it missed the mark

I mean, it’s something, don’t get me wrong, and there are series this long which have no LGBT characters at all, or tokens that don’t get their own short story to make them more than the dutiful assistant. But I’m not cheering something that manages to quietly step over a very low bar.