Ashes of the Phoenix (Phoenix Rising #1) by Jess Haines 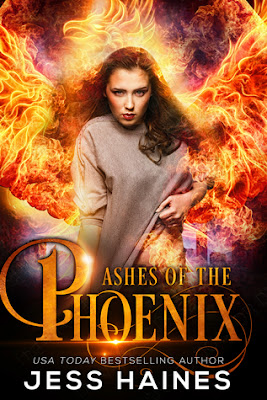 Lyra runs a magical book store - despite having no magic herself. Still, she thought she was well protected against most of the tricks wizards can pull

Until a man stole one her more valuable books

And turned her into a bird. Neither of those are things she’s willing to let go

This book caught my attention because I haven’t seen a lot of phoenixes in the genre. And a book where the main character spent it entirely as a bird is definitely incredibly different and a completely novel concept. Things like this interest me as it points to an author thinking so far outside of the tropes we’re used to having

It’s also really well done - I can see this as the struggles a human would have when forced into such an alien body they don’t know how to pilot.

The world setting also is highly promising. Not just phoenixes and demons but a definite range of magic, magical creatures and big differences and implications with which with a clear rich and involved magical world.

The concept of the phoenix is also really original and curious - even if it’s only fully realised at the end of the book which is epic and is the main thing about this book that really drew me to wanting to see where this is going. There is a foundation for an absolutely awesome series here - so much can be developed in so many amazing ways

I did have an issue though - beyond the complete erasure of POC and LGBTQ people and any other minorities.

Unfortunately I kind of feel like a deadline was looming and the author had to get this book to the publisher like yesterday because it feels vaguely unfinished.  I know less is more (except when talking about bacon, of course) but in this case I could have used some more expansion

Same with James,Ii know he’s a thief with dubious friends but I don’t feel I know him - and these two are the main characters and I don’t feel I got to know them. Maybe if we’d spent a little time pre-crisis (and pre-bird) i’d get a better feel for these characters but at the moment I don’t know these people.

This applies to the woo-woo as well - we have a demon and talks of necromancers and talk of at least 3 kinds of sorcerer/magician/wizards but they’re all mentioned and then not really developed - i want some explanation!

And Moira! She’s a… shadowy…. Thing? I… don’t know and I kind of feel i should have some idea.

There’s even an utterly really awesome montage of what it means to be a phoenix, what a phoenix actually is. But this could have added so much character and meaning if we’d seen more of that throughout the book

Yes, I know it’s generally a great idea to avoid info dumping, especially in a first book - but those hooks to draw us in need settling in. And I’m caught, in part because I’ve read this author before and am willing to run with it, but I’d like a little more here to pull me in. And I have to make it really really clear that if the worst complaint you have is “I wanted more of it” then you’re ahead of the game…