In Defence of Reboots 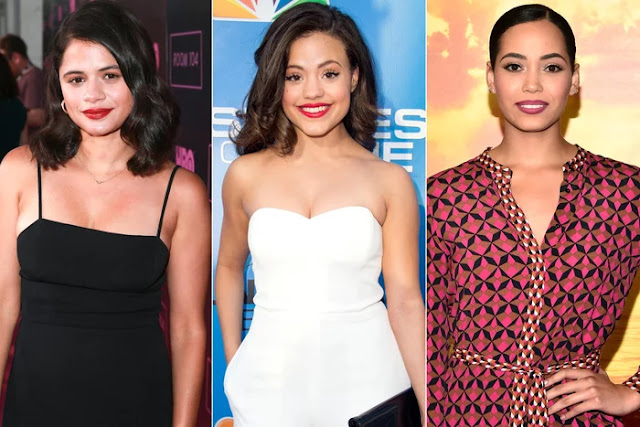 Nerdy nostalgia and a quick and easy way to produce a new show or film means reboots are becoming an increasing go to for media producers. After all, you already have a proven recipe for success and a presumed established fanbase that will already flock to the new creation. Win, win, right?

Well, let’s just say not every fan is quick to rush to praising a reboot - and there have been definitely poorly executed ones as well. But I think there’s also an almost reflexive resistance; that same nostalgia that can make reboots so attractive can also make devoted fans demand a level of purity which a reboot both can’t achieve - but shouldn’t. It’s similar to the same purists who turn out every time a book is turned into a film - just look a the Lord of the Rings fans who demand everything - including the endless, songs and Tom Bombadil added to the Lord of the Rings Movies. This should be proof that a dedicated purist is willing to suffer for their faithful adaptation

I am actually a fan of reboots. As a lover of long series - both in terms of books and television series. But eventually everything reaches an end - and we’ve all seen series that should have ended so very very long ago. A reboot gives the opportunity to explore this world and characters but without quite so much of the baggage that any long running series is dragged down; it gives these concepts chance to return, chance to be updated and chance to explored in new directions - after all, every storyline taken inevitably cuts off other possibilities. A reboot allows the exploration of the path not taken.

It can also be used directly to revitalise a long running series: like we just saw on Once Upon a Time trying to revitalise the series (albeit unsuccessfully), recognising when these characters’ storylines and this particular meta is done and it’s time to see what else can be done with this world.

But it has to be done well… and people have to approach them correctly.

Reboots are not Sequels

Or, aren’t usually. Sometimes they follow on from the original series, like the various Star Trek reboots (and I know there are people even now rushing to tell me that Star Treks are not reboots - but they rather clearly are. Taking the same world, the same concepts, even if not (necessarily) the same characters and building something new. The foundations are the same, the concepts are the same but the characters and plot is rebooted - and even if they take place in the same world there is enough time and space between each production of the franchise to make them decidedly separate entities. They’re not sequels - which seems to disappoint fans.

Whenever a reboot is proposed one of the regular complaints I see is fans of the original wanting a continuation of that. Look at the drama around the Charmed reboot, many people are upset because the new Charmed witches are not the Halliwell sisters and not continuing their story. And no matter what was produced, ultimately the fact they’re not those original sisters means fans rebel. We’ll see something similar with Buffy - they don’t need a reboot, they want the old story to continue. But I ask you to take off the rose coloured glasses of nostalgia and ask… really? Because, well, really? Do you remember late season Charmed and Buffy? These weren’t Firefly, cancelled before their time

But they’re not. They were cancelled; clearly these original stories weren’t doing it for us. But maybe new stories in the same world could bring you the same joy that that nostalgia clings to without the crushing disappointment that an actual continuation of those storylines we apparently long since lost interest in could bring.
Which also brings me to another way reboots can go very wrong:

Don’t be shackled by the old

You’re making something new with this world/concept/characters - right. Do it. Make something new; because if you’re clinging too much to the old? Well, as I said, there’s a reason we stopped watching. A reboot shouldn’t look like a bad copy - it needs to be a fresh start; go big or go home. And this is one of the main issues that Once Upon a Time’s reboot had: we got a new story working on the same concept, new characters - Adult Henry, Jacinda, Lucy, Tiana, Alice, Victoria, Drizilla, Gothel with which to tell this story… and then you had to drop Regina, Rumple, Killian and Zelena in there

I love these characters, of course I do, they’re fan favourites. But this is a reboot and I’m supposed to be investing in Henry, Jacinda et al but they can’t possibly compete with the more compelling, more established characters. These new characters never had a chance to establish themselves or attract a following because the scene was stolen by these old favourites. The show wasn’t brave enough to do a true reboot; followed the fan favourites around while still maintaining the fiction that Henry and Jacinda are the protagonists.

This applies to the audience as well - as fans we need to approach these shows without all the expectations and demands of the previous incarnations of the show. Just as you can’t what Next Generation while also pouting that there’s no Spock and Kirk. No we’re not going to get the old Buffy or the Halliwell sisters and maybe no Willow can match Allison Hannigan for you - but the reboot is not the old show; and out memories of these old shows are fraught with our rose tinted nostalgia glasses. Especially when we talk repeatedly (as fandom often does) about how much these shows meant to us, how important they were, even how revolutionary they were: that is a bar nothing can compete with and we’re going to lose shows that could be as awesome - or revolutionary to someone else - because we refuse to accept this concept can be reworked unless it matches our skewed memories of the original show

And on being revolutionary...

This is especially true of shows where one of their major selling points was how original and progressive they were. Being the first is important and, again, nostalgia makes us look back on a lot of shows with happy rose coloured glasses. But being the first ages really quickly- and just like a lot of millennials binge watching Friends have discovered, old beloved shows can come with a whole lot of really nasty, bigoted baggage with an overwhelming amount of homophobia.

We’ve all read the many many many pieces on how limited Joss Whedon’s feminism is and, looking back, there are definitely issues with Willow and the show’s pretty much non-existant racial inclusion.

And I can perfectly understand why Holly Marie Combes takes issue with the Charmed reboot being described as “feminist” Charmed implying that the old Charmed wasn’t. And clearly we had a story with 3-4 powerful sisters whose sister relationship defined them and was the overwhelming powerful theme of the show, of course that was central. But those sisters also spent an awful lot of time focusing on the men in their lives (my gods how sick was everyone of the Cole storylines or Phoebe desperate to get pregnant storyline by the end?), the show had pretty much one token POC who was there for utility more than characterisation and, despite being set in San Francisco, covering 8 seasons, 178 episodes and innumerable characters, still managed only one dead lesbian for LGBTQ inclusion.

This isn’t say these old shows are terrible - but just like the original Star Trek was hailed for it’s progressive nature in the 1960s but looked through a modern lens has several…. Rather glaring problems, so to do many of these revolutionary shows we remember with nostalgia. Rebooting can make take these concepts we fell in love with, bring them back for a new audience - and not just a younger audience but also a more diverse audience. I can’t think of many of my peers who didn’t watch Friends - but those who didn’t (myself included) were LGBTQ people who were just TIRED of the homophobic nonsense (and no, this wasn’t just young millennial outrage, there were plenty of LGBTQ people back in the day who were unimpressed as well - but no-one listened to us). What was revolutionary, personally defining and vitally important to you deserves a chance to be important to others - even tro be accessible to others who were previously driven away. You loved this show and it was defining? Well let’s have the chance to remake it so it is as defining and powerful and meaningful to others.