But it’s all a Sam dream because today is the day they all go through the rift and do a rescue. There are doubts - Rowena in particular isn’t especially sure 24 hours will give them enough time to do all the rescuing but hey it’s the plan they have

I’ll admit, yes, I was amused. This turns into a whole thing with Gabriel and Rowena realising how hot the other is which really didn’t need all the smoky voiceovers and saxophone music since Rowena was quite capable of selling it with her eyes alone. And we’re all Dean with his facial expression when he catches the 300 year old witch and the Archangel at it in the library

With Gabriel’s grace not doing it everyone admits yes they need Lucifer. Which leads to Castiel, Dean and Sam having a big argument and Rowena telling Gabriel it will take some time with the “brohugs, peptalk and the melodrama”. I think at this stage Rowena is just all of us. And awesome.

I think it was Castiel’s pointing out Lucifer is only free because of them that swung the balance despite everyone being so afraid of him.

Lucifer is conveniently drinking himself to oblivion, or trying because alcohol doesn’t do a whole lot to an Archangel, but Rowena’s spell does. Between that and Gabriel’s trickster mojo they manage to subdue Lucifer surprisingly easily and bring him back to the Winchester cave to bleed his grace into a bowl

Constantly - but leaving Rowena on guard to watch him continually drain grace into a bowl they get to keep the gate open way way longer than the usual 24 hours. And when they come out Lucifer will be all graceless and killable.

I’m assuming this is only possible because of the Archangel Blade because killing Archangels and Lucifer like this in previous seasons would have made things a lot easier.

Dean, Sam, Castiel and Gabriel go through the portal and begin their journey (and writers, trying to make a joke about Gabriel nearly landing face in Castiel’s crotch isn’t funny. It’s not the 90s any more) - one that is likely to take several days before they reach Jack and Mary’s rebel camp. Along the way Castiel quietly tells Gabriel about the state of Heaven, the near extinction of angels et al and Gabriel seems genuinely shocked and horrified by this. Cas gently suggests that maybe Gabriel is needed there but he insists that he’s a screw-up, Heaven wouldn’t want him. Welp, as Castiel points out, all those fine upstanding angel leaders haven’t exactly done a great job, now, have they?

They also find 2 refugee humans who tell them that the way to the camp is a tunnel full of feral vampires (with humans in such short supply, creatures that fed on them like vampires are now starving and become near animal monsters) which they decide they have to go through because going round is going to take too long.

And they have an angel and an archangel and really since when are vampires a concern with that kind of firepower?

And Dean is super super sad!!!! 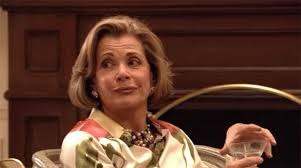 And when they get through to Mary and Jack the reunion all falls because Dean cries a single, proper manly tear (men don’t sob, men get the single manly tear to use once every 6 months at most) because SAM IS TOTALLY REALLY DEAD GUYS!

I’m not even going to burrow into the whole idea that they couldn’t possibly fight through to Sam or how the angels were so useless here.

Back to Earth and we have Rowena and Lucifer. Lucifer first tries to distract her by playing on the misogynist idea that she’s been left behind while the men go hunting: Rowena isn’t impressed or moved. She knows bait when she refuses to take it. He next tries singing really really annoying songs over and over and over and over again. Rowena is annoyed but doesn’t break

So then he tries to twist the knife with the horrendous traumatic experience of her death. So she hits back - deeper and twistier - with how Sam, Dean and Castiel are going to find Jack and he’s going to greet his fathers - because all three of them are more fathers to Jack than Lucifer is. He’s meaningless, he means nothing to Jack, to anyone

When Rowena twists the knife she doesn’t pull any punches and she knows all your tender spots.

Unfortunately this enrages Lucifer and, as we’ve seen before, rage tends to surge his powers and he manages to break free. It looks like he’ll kill Rowena but she uses magic to throw him back - through the rift. Oops

With no replenishing grace she realises the portal will close. So, damn, so sad for the Winchesters they’re all stranded with the devil, bye…

...except all that guilt kicks in. She comes back because the new Rowena won’t abandon them. And she looks for a way to keep the portal open.

In the evil world, Lucifer snacks on many of Michael’s angels before joining… Sam. Who he saves from the vampires and brings back to live 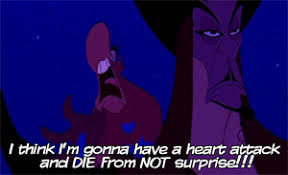 This moment of compassion is, of course, self-serving. He’s realised Rowena is right that Jack does see the Winchesters and Castiel as father figures and if he wants to get in good with his son he really needs to come with a present: Sam alive and well.