We begin with a flashback. Shane (who isn't dead and wasn't then either, alas) is in the hospital where Rick was when he was shot. It's in chaos, being overwhelmed by Walkers. I loved this scene simply because it showed us a hint of how great the chaos was at its peak when the Walkers were coming, people were running – apocalyptic rather than post-apocalyptic. There's gunfire and panic, people screaming. He tries to get Rick out but he doesn't know what to do, how to disconnect him, how to move him. The power goes off, and the machines – it seems that Shane can't find a pulse (you'd think he'd have better training) The building is becoming overrun by Walkers – he blocks the door to Rick's room with a bed and runs. He isn't eaten.

Back to the present day – the gang runs into the CDC compound. The contrast is stunning – the building is in good repair, unworn, not covered in corpse and jury rigged repairs – it's untouched in a world that is ruined. A wonderful symbol for hope.

They meet Jenner and he asks what they want – A chance. An awful lot to ask these days. He demands they all submit to a blood test (pointless but its a procedure they cling to) then locks the place down. And they learn that he's the only one left.

But there are a lot of supplies – and copious amounts of red wine. Which means, since they haven't eaten in days they can have a party. It's probably the first time we've seen them all together happily and it really stands out because of it. In some ways this party communicated more about how hard their lives had become more than anything else by showing this rare moment of joy.

Of course it can't last, not only is Jenner silent and broody in a corner but Shane just cannot let the happiness stand (pouting over partial success of Rick's plan?) and asks where the doctors are – again it seems less about curiosity and more so he can say how wrong Rick is. (Did I mention how much I hate this guy? Something needs to eat him). Jenner reveals that most of the doctors ran – or committed suicide when all seemed lost, leaving Jenner as the last one

They head to the showers and it's like a recap to episode. Hot water – something we take for granted has become such a luxury to them. Everyone enjoys the showers except Andrea in her grief and Shane in his petulance (he still didn't get eaten). Andrea is sick and Dale is there to comfort her. She is utterly depressed with everything lost, nothing to cling to. I really love the bond developing between them – I have seen father daughter teams in other shows that didn't have half the bond as these 2.

Rick decides to thank Jenner some more by making the extremely depressed doctor a little more depressed by telling how depressing and desperate it is out there. He then unloads his bottled up worry and despair on the doc. Which, y'know, fair enough Rick has kept moving kept things together and maintained a perfect aura of confidence for so long now and in such extremely situations of fear, grief and loss – and when you consider that because of his coma he's had far less time to come to terms with all this than everyone else. So yes -0 he's more than due an unload and I'm glad to see it, this takes its toll. But I think Dale or even Jacqui would have been a better confessor (I'd suggest Lori but he's got too much of a protection thing for her and she's got too much of a guilty “I slept with someone else must be perfect to make up for it!” problem). I think unloading to the Doctor with the dead “it's all over” eyes isn't the best bet even if you are drunk on the CDC's infinite supply of red wine (and how much does the CDC have do you think? I mean these are top notch doctors so you know it's not the cheap stuff! Do they always stock it or when the world was ending where the scientists doing Supermarket Sweep in the local off-licence?).

But I digress (it's the booze). Dr. Jenner tells him it'll all be ok in a deadpan “there is no hope” kind of voice before panning back into the depressing and desolately empty main room (I think “it'll all be ok” is probably a lie).

We cut to Lori, Carol and the kids in one of thr rec-rooms which looks comfortable and positively luxurious, especially after what they've been living in. Carol points out there are enough books to keep them going for years – she can already see them staying there. Lori browses and seems to pick up a crime thriller – what you need a thriller after living this life? While Shane (still not dead) looks around the corner and ogles her in her short nightdress. Stay classy Shane. He's drunk and decides he's got stuff to say to Lori (oh yay. I hate this guy). He pouts that she's not treating him right – I wonder what Ms. Manners has to say about how to treat one's lover who crawls into your bed after inaccurately telling you your husband's dead? I imagine it's not very nice. Lori doesn't seem to think so anyway. He explains the flashback at the beginning, the chaos and how he put an ear to his chest and didn't hear a heartbeat (that actually was him checking for pulse. Surrounding by gunfire and screams he put an ear to the man's chest and didn't, say, check the carotid artery. Ok then). She keeps trying to leave and he keeps forcing her to sit down – he says she wouldn't have left if she thought Rick was still alive – so he saved her life by lying to her (not only paternalistic, it doesn't gel well with his “I didn't hear a heartbeat”).

He takes skeevy to the next level by declaring he loves her and trying to kiss her, even as she struggles and pushes him away. She tells him to take his hand of her – and he puts a hand between her legs – yeah. She has to scratch him to get him off her at which point he leaves with a wounded look. Yeah, I loathe this guy. Lori is in a tearful mess afterwards.

The next morning everyone's hung over and just in case anyone still liked Shane, he says he scratched himself in his sleep and he'd never done that before with a significant look at Lori. Did we catch that? He's slept with her before and she never protested, and now she's protecting herself from his assault? How very dare she! I hate this guy. Something should eat him.

The doctor treats them to a resume of what the Walker plague does and we see Jenner's grief – as they watch the infection and the death of his wife. It's yet another powerful very impactful scene that Walking Dead is extremely good at. And in the end they have the dark truth – the CDC doesn't know what causes it and can't cure it. There is no hope here or anywhere.

It's then they see the ominous count down clock. Counting down for when the generators run out of fuel – and when that happens the whole facility is decontaminated. And the time is running out. The building continues to shut itself down and conserve power to the generators. Lights and air and heat are turned off. It's another horror to see people who thought they had found their safe space slowly face panic again. I actually think that was one thing they missed, there wasn't the sense of relief and then relief shattered I think it deserved. Not until the last minute when they try to flee.

And they find out that “decontamination” means – the building will burn to destroy all of the biological specimens in the building. The air will be set on fire and they will die – it's Jenner's suicide. Jenner considers this a relief – dying painlessly rather than a short painful death and living on as a Walker.

They escape the inner room and head upstairs to escape – but Jacqui and Andrea refuse to leave. Jacqui doesn't want to end a Walker, she doesn't want to fight any more. Andrea is driven by grief – and it's Dale who sits with her, talks to her and eventually refuses to leave without her. Refuses to live on fighting Walkers after losing someone else. I love the dynamic between those two – they have a real beautiful connection that's really well acted. And of course they both leave.

I really wish there'd been someone to do that for Jacqui as well. She was a great character who didn't get nearly enough screen time or development – and its that lack of development that makes her decision to end it all seem so hollow as well. Of all the people there we've seen her the least and know about as little about her. And it was a crying shame that she decided to end it, take out one of the few remaining POC (and yes, with the Morales leaving they have plummeted in number) and one of the characters that they could have done so much more with. Why wasn't there a Dale for her? Why wasn't there someone who cared that much about her, who had forged that kind of connection with her as there was with Andrea? And why couldn't it have been Shane?

They break out – amusingly using the grenade that Rick had found in the tank way back in episode 2. The grenade Carol has been keeping in her handbag ever since she washed his uniform. See, never doubt the usefulness of things women carry in their handbags!

The ending is desperately sad and, yet again, powerfully portrayed. The Walking Dead has some of the most powerfully emotional scenes I've come across. They drive off – but to where and what for remains unknown. Wherever they go, we can hope that something will eat Shane. 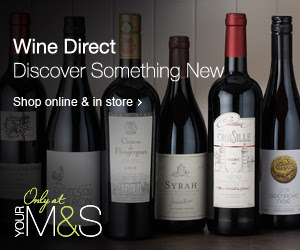