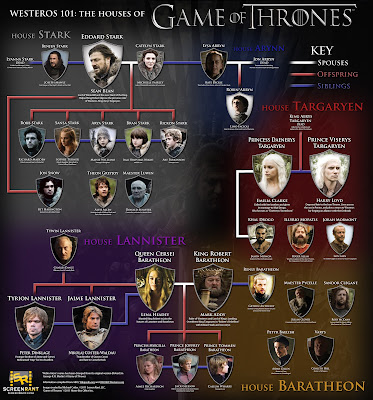 And... wait let me recap... this whole episode didn't have a single breast. Not one naked woman all episode... NOT ONE! Oh my gods, someone send a doctor to the studio - is the writer ill? Game of Thrones without any humping, without any gratuitous female nudity? Daenerys even changed her clothes and we didn't see it! Even Margaery wore a dress that didn't require copious amounts of duct tape to hold it in place. I am shocked - and vaguely worried that they may try to make up for it next episode.
Posted by Sparky at 9:00 AM