Submitting A Book for Review 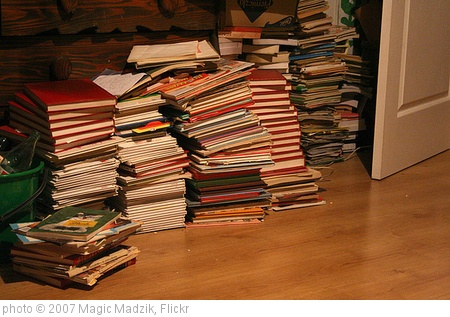 Every week we receive several requests for book reviews by authors - which we’re always really happy to receive despite our rather huge backlog (it’s almost terrifying but we will get to them all eventually). Most of these requests are wonderful and there’s no problems but some of the pitches are... bemusing.

Lying about the Book’s Genre

The first thing that always bemuses me is people who lie to us about the genre of their book. We read Urban Fantasy. Yes, we can stretch to other speculative fiction but, for the most part, we’re really focused on Urban Fantasy. This works for the author as well - if we don’t enjoy your genre, then we’re not likely to be enthused by your book.

So I can’t imagine what would possess an author to tell us a book is Urban Fantasy when it isn’t. Do they think we’ll reach the end of the book, realise the vampire we were told about don’t actually appear, and be happy about this? If you promise me vampires, I expect vampires.

Second book in a Series

I’m reading along and I’m sure I’ve missed something. People are talking about things I don’t recognise and these characters clearly have history. Yes, the author has sent us book 2 or book 3 in a series - and not told us. At least give us a heads up and let us decide if we want to dive in.

So your book is existential is it?

One the most common descriptors that we read in pitches is  the word "existential".  The moment I see "existential" in a description I know that the book is going to be boring.  It usually reads as someone who has a passing interest in sociological theory without any real in-depth study.  Most of the ideas that they decide to include can be found in a first year sociology text book.  These ideas aren’t new or innovative and it makes it look like the author is struggling to include a concept that they themselves barely understand. It reads as pretentious.

Recently we have received pitches where the author tries to convince us to read their work by telling us that they are donating a portion of the proceeds from their book to charity.  This normally comes along with links to an organisation. Look, we support various causes, but none of this is going to compel us to read your book and it reads as desperate. If you don’t think that your book is strong enough to attract our interest on it’s own, then you probably shouldn’t be sending it out for review.

Similarly, authors can sometimes include epic long biographies, lots of news about their pet causes or even recent tragedies in their lives. I dislike the feeling of being “guilted” into reviewing a book or reviewing it kindly.

We are reviewers, not beta readers. The difference is that when you submit a book to us, is that we expect it to be the finished product. If we review a book and comment on any problems - especially  ones as major as terrible social justice fails or a plot that makes no sense - we don’t expect the author to email us to tell us that these problems have been changed and there’s now a brand new book.

What do you expect us to do? Re-read it? Edit the review? Even for minor matters like fixing the grammar and spelling issues or errata (which we understand people changing), we’re not going to go back and edit the review because you’ve edited the book. We expect the book to be a finished product.

Lack of Any Release Date

Now, we don’t promise to get your review up for any particular date (you can ask for one and we can try, but you have to ask us for us to try) but we do like to know when the book is available. I don’t want to write a review, put it up and find that it’s going to be 4 months before its generally available - that’s not very useful to the author either, I imagine. Also fun is the “ARC” for a book that has been released for years.

This is surprisingly common, someone will send us an email full of breathless gushing praise (and I do like me some of that breathless gushing praise) about how wonderful it is that we’re examining the genre through a social justice lens. They love that we’re concerned with marginalised issues and stereotypes and tropes and prejudice - it’s so wonderful. And could we review their book through that lens?

Then they submit a book that is completely straight, cis, white and able-bodied. The female characters are full of Spunky Agency and hate all other women. Any marginalised people who appear are either stereotypes or tokens.

I boggle, I do. They must know how we’d react to such a book! They even praised us for giving the stink-eye to the very same!

We get that authors get excited at making a new contact, or a possibility to promote their book; however, if you don’t actually send said book, no matter how promising we may think it is, we won’t be able to review it if we don’t have it.  You should make it as convenient as possible to review, which means sending us coupons to download it, or telling us that it is free on Amazon for a set number of days is not a good idea.  We are not going to jump through hoops to read your book.  They have invented a great tool and it’s called an attachment and this means that you can attach your book in your email.  If you are worried about protecting your rights, then get your work on Netgalley or Edelweiss.

When we agree to do a review, the one thing that we promise every author is that it will be an honest review. We don’t ever hold back and as is clear from our site, our reviews are going to be done from a social justice perspective because we are a social justice blog.  This means if you have an all White, Straight, able bodied world world with weak or annoying female characters, we are going to say it and say it quite bluntly.  That said, writing us after the fact and getting huffy because you got the social justice review you were promised is not professional.  Getting an honest review means we don’t hold our punches and that is what a professional review is.  Writing to us after the fact that you don’t agree with our review and going on ad nauseum about how we got our review of your precious wrong is not only unprofessional, it assures that we will never read anything that you have written again.

Thankfully, the vast majority of author correspondence we get is to thank us for our reviews - even the critical ones. There are few things that raise my opinion of an author so much as us writing a critical, even a harsh, review and still getting an email from them thanking us - and even agreeing with the problems we spoke about. That is not just professional, it’s a sign of pure class.