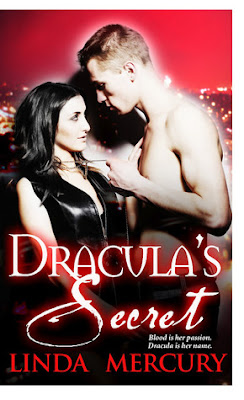 In the 15th century, Vlad II, Vlad Dracul, is struggling to keep his home, the unstable and war torn land of Wallachia safe – and part of that requires a second heir should his eldest son die. But his wife gives birth to a daughter and they face the harsh choice of exposing her to the elements – until he looks at the new born child and sees a strength in her beyond anything he imagined – or would dare cross. They raise her as a son, Vlad.

Who would later be known as Vlad Tepes. Dracula.

And it is as a man that Vlad lives down the centuries until the terrible events of the Second World War, where Vlad fakes “his” own death and is reborn as Valerie Tate – free from her past but laden with a mission; to find redemption for the horrors she unknowingly abetted.

Lance has his own sins to atone, deeply hidden in his past that stretches far further than his human façade would suggest. He is caught in his own redemption, trying to maintain a shelter for the homeless and dispossessed, no matter who they are; a novelty in world where the supernatural is shunned and persecuted. But an act of kindness brings him to the attention of the national media and to the compelling beauty Valerie, one of the last vampires

And of Radu Dracul, Vlad’s brother – who has ambitions of his own.

Early in this book I was quickly hooked seeing the massive potential it had. Imagine, a female Dracula, raised as male, living her entire life – centuries – as male and then finally having the chance to present as female. The debate as to what was truly her and what was the act, how comfortable is she assuming a female role – how much of it is liberated desire and how much does she miss of the persona she has maintained so long? How much of her is Valerie? And how much is Vlad Tepes?

Then there’s the conflict with her brother Radu – the combination of love, shared experience and bitter hatred, vengeance and a need for redemption.

There’s Dracula’s involvement with Nazi Germany and her desperate need to redeem herself. There’re fallen angels seeing a way back to heaven, nascent angels seeking to offer guidance. And across this is a backdrop of a vast world full of a huge range of supernatural beings seeking to enter politics and find legal recognistion. Even a battle to try and keep a homeless shelter open in the face of fierce opposition and lack of resources

…so let’s do none of it and just have a purple-prosed romance, ‘kay?

The very potential of this book and the incredible world and premise that has been established just makes the actual book produced so much more disappointing! It’s not that some of those issues are all absent – we definitely touch on a few – but only shallowly because by far and away the dominant focus is on how very very hot Valerie and Lance find each other. Which is very very hot indeed. Extremely hot. I cannot stress how sexy they find each other. I mean, the first time they see each other we get three solid pages of description and how very compelling they find each other. This is before they speak a word. This is before they even stand within 10 feet of each other.

Hooking a fang around a fold in the leather covering his middle finger, Valerie tugged and sucked until his glove peeled off of him. Her mouth undressed his hand in a slow strip-tease. She heard his heart accelerate as the glove surrendered to her oral prowess.

Is this actually sexy to anyone? Because I found it hilarious and have been quoting it aloud to make people giggle. Or there’s a scene where she gives him her car keys:

She pulled out keys, complete with a battered leather Mustang fob, and dangled them in front of him. They chimed like the church bells in the dark. Her smirk still-extended, wickedly delicious fangs. His mouth watered at the thought of those 350 vintage horses under his fingers waiting for his command.

It’s rare that I have come across such overly elaborate wording and there’re few books that have achieved this level of purpleness. And while it can certainly be entertaining from a comedy point of view, it does rather derail the plot of the story – and certainly any attempt at theme.

I want to read this book. I want to love this book. I don’t want to feel like a prospector desperately seeking the nuggets of story and world among the dross of purple dripping sex scenes (also, an aside, but this man’s foreskin is described as purple. Purple. Foreskins shouldn’t be purple. If your foreskin is purple you need to seek medical attention.)

The romance between Valerie and Lance is not just frustrating because it’s a rather clichéd (love at first sight, conflict which is convoluted and doesn’t develop, characters knowing each other for a few days and now being willing to die for each other and throw away decades long goals) romance written in brilliant purple prose that consumes vast chunks of the book. And it’s not just frustrating because of all of the depth we didn’t get and the storylines we didn’t pursue. No, it’s ALSO frustrating for the way it breaks its own story

Lance starts out with a passionate dedication to keep the homeless shelter open for all – supernatural and otherwise. Half way through and with a few sessions around the bedroom and absolutely no-one cares about it any more. And then we get John – or we don’t get John. We have some flashbacks with him in lance’s childhood, then absence, then sudden presence and he and Valerie are living together – why? How? What? When did this happen? Why did this happen? WHO IS THIS PERSON AND WHY IS HE EVEN HERE?! All of the political machinations devolved into a simple fight scene and odd ascension moment that just left me kind of lost because none of it was developed or truly explored in between the eternal turgidness, moistness and humping.

The story becomes actually hard to follow – and where you can follow it, it lacks the foundation or the development that would make it make sense or make any of these characters’ actions meaningful because we’re too focused on Lance and Valerie bumping naughty bits in a variety of purple ways.

But there’s more – appropriation! Oh yes, many many books and shows in this genre love to appropriate the battles of various marginalised people for equality – but this book gets a special prize for the amount of direct, cringeworthy appropriation. Radu Tepes is the new Martin Luther King. Lance is the new Rosa Parks. Vampires are fighting for the right to marry who they want. It became almost a game to see if which line would be crossed next.

On the plus side, it does manage to actually portray a decent depiction of marginalisaiton – for example with homeless werewolves whose parents were murdered and shelters refusing them. But even with this it’s still pointed out that the humans heckling them are the ones in danger since the werewolves could easily rip them apart.

Even aside from appropriation, even aside from the parallels drawn between marginalised people and super powered beings, the whole thing falls apart simply because of so much of the portrayal. Supernatural beings are persecuted without full legal citizenship – yet Radu Tepes thinks he can run for president? In fact, Radu is using the whole rights movement as a path to power. Or how Radu resenting the two humans leading the movement is just more of his plotting – but if you are going to accept that supernatural beings are a marginalised group, then, yes their movement being led by humans would be a problem. Similarly, the scandal he exposed was scandalous, it was shameful – and it was completely ignored except as proof of how evil Radu is

There’s also Valerie’s entire living as a man – it’s just all brushed over. There’s odd, vague references but very little analysis of how Valerie relates to gender beyond a lot of “oh yay, sex with a man” talk. She had a wife in the past she apparently cared for, but that wife also thought Valerie was a man and though Valerie talks about having sex with women, sex with lance is the bestest of best sex ever ever ever. The story seems inconsistent in deciding whether Valerie has had sex with men before – and whether that was as Valerie or as Vlad. It’s just alluded to, often in an inconsistent manner and, again, really really undeveloped.

All together I’m just disappointed because this was a pretty bad book. I've read worse, but not many. Though it was unintentionally funny and cringeworthy at time, it was never dull or boring, the action moved at a decent pace even if it did often end back in the bedroom or beaten down under the weight of purple prose. It had some compelling characters, some really interesting plot lines and a really good world – if all had been developed just a little more. Because they weren’t it ended up as a poor book, badly written with unrealised characters and a plot that went nowhere and a big heaping of fail laid on top – which was just tragic considering the potential of it.
That potential - and the fun I had reading aloud the purple prose, are why this book gets 1.5 Fangs and not 1 Fang