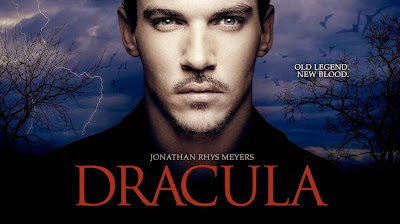 Grayson, Kowalski and their minions fiddle with engineer electric stuff – but Van Helsing has a more fleshy concern – exactly how long has it been since Grayson actually fed? Grayson dodges the question and refuses to answer so I’m going to put that down as “faaar too long.” The experiment appears to be a success and Grayson is confident the Ordo Draco will be well and truly screwed.

Returning to his office, Grayson finds a mopey Jonathon who is all angst ridden because he’s ruined the reputation of the innocent General Shaw (possibly all manipulated by Grayson because messing with Jonathon’s brain is funsies). Grayson says, not very convincingly “who would do such a thing?!” and even Jonathon realises that it was Grayson himself. Grayson stops trying to defend himself and just dismisses poor General Shaw as collateral damage while Jonathon is suitably outraged and intends to expose… himself… for doing it all on his own… with Grayson expressly forbidding him!

Realising how trapped he is, Jonathon falls into line. Good boy.

Meanwhile the Ordo Draco are all huffy that Grayson is showing off his device again and have decided to go on the offensive rather than reacting all the time – which requires their man in Scotland Yard. And calling in Jonathon.

Back at Grayson’s, Renfield is sent to Budapest to acquire the triptych (apparently a family heirloom of Grayson’s family that means a lot to him) and we again see Grayson’s concern for Renfield – offering bodyguards though Renfield is confident he can protect himself. Grayson also tops up his sunlight immunity which Van Helsing has extended to 4 hours now; Van Helsing presses him about the whole not feeding thing. It seems Grayson has decided that the anti-sunlight treatment has removed his hunger as well! Yay! Van Helsing is less sure.

Grayson heads off on his happy sunlit stroll so he can stalk Mina some more – seriously his constantly just hanging out places he knows she will be (and even knowing her routine sufficiently to point out she is 5 minutes early) is so ridiculously creepy that it’s almost laughable that Grayson would consider it seductive. They talk oh-so-progressively about Bethlem and how the inmates would be much better off dancing before some heavy let’s-all-ignore-this flirting from Grayson. He’s not even subtle about it

On from one stalking victim to visiting Lady Jane, commenting on her butler’s performance with the cook (most vigorous) before getting down to some vigorous fun of their own. After which, Lady Jane shares her little quandary – her husband in the country is having an affair with his nurse. Not particularly concerning, given the givens, but he is claiming to love her and is being quite foolishly brazen about the whole thing – most unseemly. Grayson advises her to get back at him (since she can’t shame him directly without risking her own reputation) but targeting the woman he’s fallen in love with.

Back at his home, the fasting Grayson is slowly being consumed by his hunger, fixating on the maid – only distracted when Jonathon arrives with news that the newspapers won’t be spreading word of his new invention because he’s a charlatan, a circus performer. Grayson takes inspiration from this and has small boys spread bright fliers of his event as if it were a circus – bound to gather attention. But even while smugly successful, he fixates on women walking down the street, his hunger taking over again. Even Jonathon notices he’s unwell.

Mina takes Grayson’s dance idea to her father who isn’t a big fan but agrees when she presses. She then hurries over to surprise Grayson (oh isn’t his constant stalking such a jolly jape?) and to borrow his phonograph for her dance. And for more not-subtle flirting from Grayson

At the auction for the Dresden Triptych, Renfield dramatically buys it with a massive big far outweighing all the others – it seems awfully wasteful but it is dramatic and you have to admire the drama. The man he outbid seems less than thrilled with this turn of events. Renfield takes considerable steps against theft and is very very suspicious and paranoid – I approve.

Lucy, meanwhile, tearfully confides in Lady Jane about how utterly utterly awful her advice was and how Mina now feels utter revulsion for her. Lady Jane calls Mina a coward, claiming she truly does feel for Lucy but she’s afraid of it – and manipulates Lucy into considering Mina monstrous and venomous (can’t say I disagree) and then how Mina should feel what Lucy does – and have her loved one disappoint her. Jane can help with that – teaching Lucy how to seduce Jonathon.

Which starts with her helping Jonathon in a fitting for his wedding suit. Which means measuring him to spare the tailor’s back – including inside leg

While Browning plots with his police contact, Chief Inspector Moreau, Grayson makes the final preparations for his exhibition – but his hunger is making him irritable and Van Helsing again challenges him about not feeding, but Grayson is determined not to feed, not to succumb to the curse the Ordo Draco put on him.

Renfield arrives back in England with the Triptych – but when he delivers it to Dracula it has been replaced – the maid he was suspicious of was working for Lord Davenport and has arranged a switch. He now has the painting – of Ilona, who looks just like Mina. Lord Davenport decides that this shows who Grayson loves most

Inspector Moreau’s plot involves dropping some powder in the milk cart outside Grayson’s company. Browning’s men also “invite” Jonathon to a quick word, saying no is not an option. Jonathon is taken before a full meeting of the Ordo Draco – but with all but Browning’s faces obscured. They’re on a recruitment mission, to get Jonathon to believe the need to save god and country against the pernicious Ottomans, whose control over the oil supplies would destroy western industry. Jonathon, showing a surprising amount of sense, points out that Grayson’s invention doesn’t need oil therefore would render such control irrelevant. But no, Grayson is a self-interested money-maker selling pipe dreams no no no, they must stop Grayson – and here’s 30 pieces of silver if you help.

Meanwhile Grayson, again, steps out of his elaborate plotting to amuse Mina – showing up at her dance at Bethlem not with his phonograph, but with a small string section much to her delight (despite how very very creepy this is) and charming her by dancing with one of the inmates. But as the dance goes on he has to leave for the demonstration – and his hunger is becoming worse and worse. But Mina hurries after him and encourages him to stay – and dance with her. He flatters her more and she says it makes her uncomfortable – but not to stop. They start to kiss – but his blood hunger rages out of control and only her cross stops him biting her. He quickly leaves and heads to his demonstration

Where things are getting out of hand – Kowalski and Van Helsing are frustrated by Grayson’s absence – and outside in the streets nurses and doctors are collecting dozens of sick people – made ill by the poisoned milk. Inspector Moreau and his men move in and have the demonstration cleared before it even starts, claiming the machine is making people ill. Grayson arrives in time to protest but Moreau stands firm – describing the dying babies outside; Grayson accuses Moreau of taking a bribe but it gets nowhere.

After all the drama, Jonathon goes to see Mina who is clearing up after the dance to apologise for missing it

Inspector Moreau heads home – and Grayson breaks his fast. He then returns home to where Van Helsing is looking over the Ordo Draco files and drips blood into his whiskey. He snarls angrily at Van Helsing who brought him back and gave him hope – calling him more of a monster than Grayson himself is – and swears to one day kill him for it, before vanishing.

Oooh Dracula’s bringing back the creepy

Ok, point of contention. Grayson tries to acquire a painting that is hundreds of years old and Davenport decides this shows who Grayson loves most? Even if it does resemble Mina fairly strongly, it is only fairly – and it’s a bit dubious to assume the man is acquiring ancient medieval art that resembles someone he loves.

Mina and everything around her continues to annoy me. She has an idea about Bethlem – or kind of an idea anyway – and it’s a good one. But then Grayson has to add to it to make it workable and make it his idea. Why couldn’t it have been hers? And there’s Jonathon yet again blowing off anything that’s important to Mina

But, hey, he’s being stalked by the predatory, bitter lesbian now. Ugh this show is determined to hit homophobic bingo.

I do like it when Grayson does all the corporate thing, all the business manipulations and then ends with “screw it, I’m Dracula NOM NOM NOM NOM!”