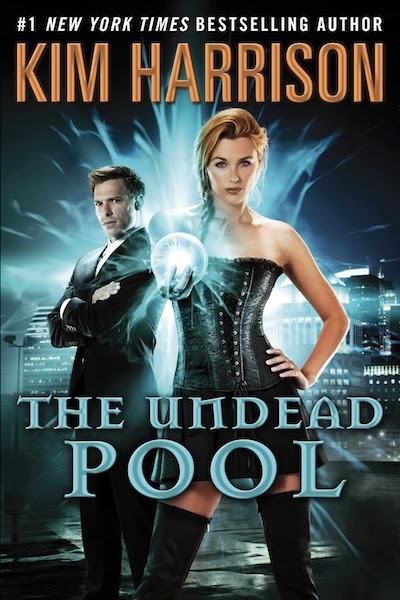 Chaos comes to Cincinnati again – magic is raging out of control, waves of unpredictable, boosted magic is messing up spells and charms throughout the city, causing havoc. The Undead vampires, whose mere presence keeps their younger, living counterparts in check as well as organises the Inderland world have fallen to slumber and will not wake. The whole city is falling apart

And Rachel is in the middle of it. Pulled between the elves and the demons, trying to deal with the inexplicable entity that the elves worship as a goddess while dodging her fellow demons who will never tolerate such a betrayal and hunting down the dissidents who are willing to tear the whole system down.

All the while trying to decide exactly what there is between her and Trent, while duty remains an extreme barrier between them.

Bad book. Naughty book. And may the next one be as epic. I don’t need sleep.

Where to begin on all the wonderful things about this book?

First, the world building here is epic. Complex and complicated and wonderfully integrated and explained. The whole concept of the elven goddess, what she is, her very nature and the competing opinions of the elves and demons was incredibly well done. It was both brain hurtingly complex but at the same time amazingly well explained. At the same time it added so much context and information to the elves, their magic and the battle between the elves and the demons; how the elves could be powerful enough to subjugate the demons yet the demons then obtain the power to break free and drive the elves out.

But it’s not just the magic system that has been amazingly developed and explain – the whole context of the elf/demon war has been wonderfully expanded in this book and the last book. the nuance of it, the powers each side had, the crimes each side committed, the reason for the demonic fear and hatred and elven loathing and contempt. There’s a richness and a depth to the world as it builds up book by book – shown in the Undead vampires as well. For much of the series the undead vampires have been a constant, menacing threat, a worry, something everyone could very much do without. We’ve seen how abusive they are to the living vampires who look to them as well as how corrupt they can be – and how untouchable. But this book brought the flip side of the coin – and with The Hollows there’s always a flip side to the coin. The elves are after their own agenda and in hiding, both the witches and the weres being scattered it’s the Undead who hold Inderlander society together. Without them everything falls apart, including the IS – they’re both the glue that holds Inderlander society together and the force that creates order. It’s wonderful to see that, to see the other side to the cold, menacing threat they’ve always been. In turn that creates order for larger society because the Inderlander/human hatred is still there, just under the surface which is so often hinted at through the books.

But we don’t just flip the switch – through Ivy and her struggles with Nina, with the very nature of the Free Vampires reminds us that while the Undead are essential, their reign is still cruel and badly in need of reform. But then, as we learn more of the elves, it’s clear their reign would be far from perfect.


There’s also some excellent character development – and even of minor characters like David, absorbed with the focus, how it has changed him, how it has changed the pack. Even Algariept and Newt have grown (and I love learning more and more about Newt and why she is the way she is, the method to her odd actions). While Ivy is more in the background than she was in the past, that’s partly because she has her own problems with Nina now (though it would be nice if Ivy could be in a relationship with a woman that wasn’t tragically painful) also reflecting both Ivy and Rachel’s growth in not needing each other all the time.

Perhaps the biggest change is Trent and the endless circling between him and Rachel as they approach a relationship and back off then circle in then out again. It’s frustrating and natural and powerful – and it all works in the story BECAUSE this is the 12th book in the series. That’s 12 books of steadily growing sexual tension. That’s 12 books in which the antagonism can flip to love, that’s 12 books in which respect can be built, lust can simmer and love can grow. The 12 books allowed these tropes to work, allowed the characters to grow and allowed Trent to make the massive change as layers of him have been slowly revealed.

There’s still a problem that the past treatment of Rachel by Trent has been more brushed under the carpet than been addressed. Yes we’ve seen him grow, yes we know why he did what he did, yes we know the pressures he is under, yes we know so much about him and have seen him change and move away from the man he was – but that still doesn’t change that he did some pretty horrendous things to Rachel and that hasn’t been addressed.

Another problem is that this relationship did become a focus of Rachel’s character – and between the focus on Trent, Ivy taking a back seat and the magic working on her brain, Rachel’s character didn’t grow and wasn’t particularly well shown this book. We had confusion, a lot of lust including at inappropriate moments and a whole lot of worry about her friends and loved ones, but not as much of her.

On the plus side I have to give props to Ellasbeth – she’s certainly not someone we’re supposed to like by any stretch. But she hasn’t been demonised as the evil evil evil woman after Rachel’s maaaaan with no redeeming features

The story? I have no words adequate to describe the awesome. It was epic and involved, exciting and confusing and intricate and full of this glorious world and lots of twists and turns. It was excellently well written, excellently presented and just all round excellent. There’s a reason I’m sleep deprived.

In all, I loved this book. My only disappointments are, with Glenn gone, we have no POC in the story which, with this many characters sorely needs them. I’d also like Ivy to stop having trainwrecks with women (especially since even though her relationships with men ended, they were also much calmer and more stable); and Rachel herself needed to be more steadily present without the constant lust distracting her. Blemishes, maybe, but important ones that prevent me being unflinchingly fanpoodly over this book.