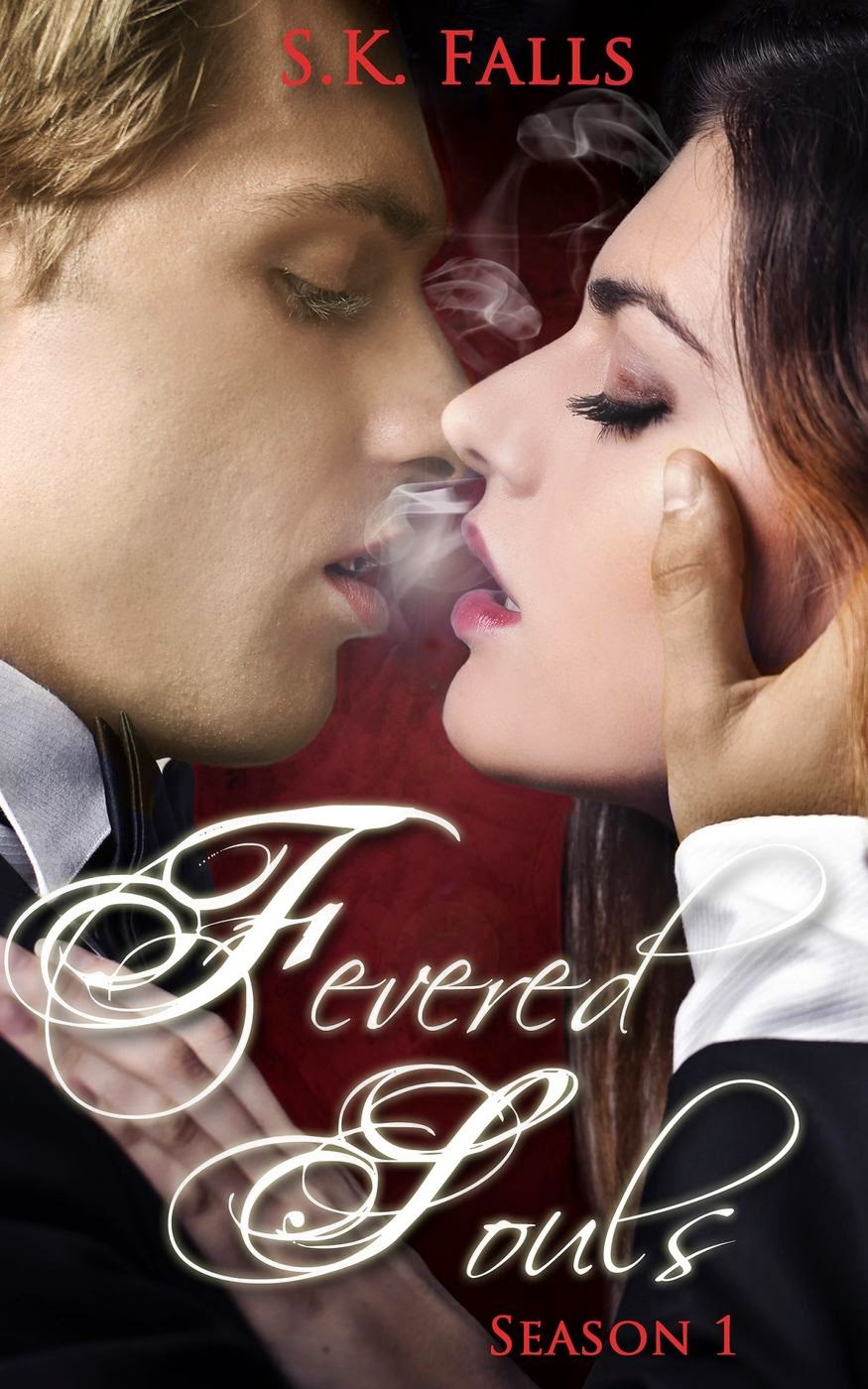 Cara dreaded returning home from Chicago – but with no job and no job prospects, she didn’t really have much choice but to return to the small town of Eden

And get a job with the mysterious and wealthy Dax Allard – but an encounter with a hellhound and a strange mystical connection has made this small town far more exciting than she imagined.

I am often wary of romance in books – not because I’m against a romance plot, but because there are so many ways a romance plot can be written to guarantee I’ll hate it. What are those ways? Well there are several. And they’re in this book.

Cara and Dax meet and LOVE STRIKES! Special Woo-woo love that means she is now his betrothed (which totally doesn’t mean the same as what we usually mean by that word – it also includes a compulsion to murder as well). She is dramatically attracted to him at first sight, tearful at the idea of his rejection and neither of them can stay away from each other.  No development, no character (at all), no relationship, no interaction – just ZING INSTA LOVE FOREVER! Not only insta-love, but she is addictive to her – even her smell (like a certain sparkly vampire we may know) meaning it’s almost impossible for him to be around her without a relationship happening (at least in the beginning of the book, not so much by the end because consistency is not one of this book’s strong points).

Dax is a demon which makes him super dangerous and deadly to Cara – but she doesn’t care! She has known him for precisely 2 seconds and will now be with him forever EVEN IF HE MAY EAT HER SOUL! Of course he nobly warns her several times which she just completely ignores, maybe pausing long enough to insist that he’d never hurt her because she just knows. She’s also the one to keep pushing for the deadly soul eating sex because life and limb meaning nothing to this woman.

Being a noble love interest, Dax decides to protect Cara by staying away from her – something she takes as devastating, tearful rejection. In a job interview. Yes because he’s a complete stranger looking to employ her and him not doing so is enough to cause an epic tantrum of “it’s not fair!!!!” Frankly, I wouldn’t have hired her anyway, because she went to this interview for a job she needed and wanted and didn’t bother to research it first – not even realising Dax was a person, not a company. She googled him after the fact.

And while Dax is a demon he’s a super-special nice demon, not only abstaining from human souls (a demon vegetarian? Do they have golden yellow eyes) but being a special kind of demon that has SUPER BINDING LOVE.

We have a love triangle – but not really. There’s a guy, James, who’s really into Cara but she doesn’t like him that way – so she invites him to talk in the middle of the night, hugs him a lot and generally keeps him hopeful and he remains on call. He constantly worries about Cara being in an abusive relationship because Cara, well, basically keeps sending up red flags that she’s in an abusive relationship.

Dax is super protective and/or super jealous. To the point of breaking down a fire-station door in case the firemen had kidnapped her. No. Really.

Let’s take a pause here to look at our romantic characters Dax doesn’t have a character. He’s rich but I have no idea what he does except give money to charity. He doesn’t seem to do anything that doesn’t involve Cara, he’s just a big sexy cardboard cut out. Frankly, I found him immensely dull – and if you find a demon dull then that is a very very poor demon indeed.

And Cara makes Bella Swan look like someone with a beautifully rich and nuanced mind (I am trying so hard not to make Twilight analogies with this book, but really, it’s one tub of body-glitter away). No, really. She has this vast hatred for her home town that is never explained and quickly evaporates when it no longer serves a purpose. Her father is dead and she blames herself for it – for reasons unknown by is useful for extra angst in the beginning.

When the insta-love hits, everything else goes out the window. Cara’s concern for her severely troubled mother? No longer a concern. Her dreams of living in Chicago? Gone. Her loathing of her home town (described in ridiculously over the top terms)? Gone. The degree she fought for, the low means she lived with, absolutely anything in her life but Dax? Gone. Gone. Gone. She now has a job attending parties Dax doesn’t want to go to.

The plot between the “romance”? It’s pretty weak. They develop a rivalry with another clan of demons over a dead dog which ends up with lots and lots of peril for Cara and some big head honcho demons called the Astaroth sticking their noses in the relationship as well.

We also have lots of weird moments that make little sense to me – like she’s pretty pissed at Dax and his second in command Oscar keeping secrets from her… 4 hours at most after she met them. Why they should tell her anything is beyond me. And Dax saves her life… so he owes her. Somehow. He offers her money, she demands the job that he turned her down for. She decides he’s a demon because of a big black dog with a skin like iron. She isn’t told – she guesses based on this dog.

Let’s turn to other women in the book – don’t worry, I’m sure expectations are suitably low enough by now to ensure this won’t be too much of a shock. We have Cara’s mother – who is near catatonic after her husband’s death many years before and is badly in need of help no-one is ever going to get for her. We have Victorine, half-demon woman who hates Cara and has a pointless scene of ineptitude just to make her owe Cara. We have a prom-queen who went to school with Cara who crushes on James (hah, there’s a protagonist here, hon, all the men belong to her!) and hates Cara. And there’s an acquaintance from school who just kind of gushes on Cara and kind of exists only to be much fatter than her.

Top it off with no POC or LGBT people at all in this book. We do have a disabled person in the form of Cara’s mother – but I think her mental illness is just an excuse to have her not do/say/think anything and just be there.

On a final note, I’ll say I didn’t like the format either. This is an “omnibus” of several “episodes” that were released separately. The whole thing is 140 pages long, which tells you how short the 5 episodes were – and part of them includes some brief recapping as well.

In all, I have to say I’m not eager to pick up the second omnibus