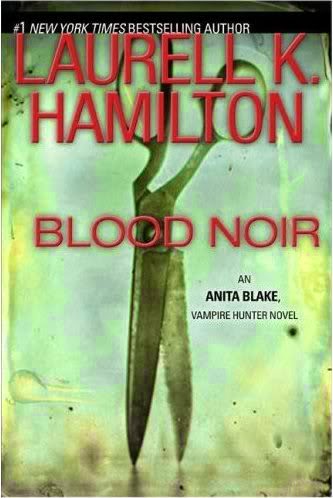 Jason’s dad is dying – he has to go home to try and make amends. And make sure his dad knows how very straight he is.

Unfortunately, a case of mistaken identity gets him and Anita drawn into far more drama than expected. And with the Mother of All Darkness popping up at random to play with Anita, some drama is always going to follow Anita around.

Oh lordy, this one’s a doosey, even by the standards set by this series. Cover me, I’m going in.

The book opens with a heavy wollop of ridiculousness. Jason is sad. He is doubly sad. One, the girl he likes/loves/is in a relationship with has dumped him because she wants to be monogamous (how dare she). Two, his dad is dying of cancer

Also because Perdy (Jason’s ex who is female and near one of Anita’s love interests so is obviously EVIL) is the worst person at sex EVER (unlike Anita) and so boring and pedestrian and limited (unlike Anita – though you may prefer Perdy if you prefer your lovers not to shred your skin to the bone with their nails and not to shriek like a chainsawed banshee while having a seizure at orgasm. You may find these things not sexy. In fact Perdy is so boring in bed she is “killing his soul.” No, really, your lover not wanting to be polygamous and have sex on the television is soul killing). So they decide to really go to town – by having sex not in a bed and using Velcro cuffs (OH HOW VERY NAUGHTY!). If this is your definition of edgy kink then you are more vanilla than an ice cream truck. This stands out as especially ridiculous because one of the many many many many oh-gods-so-many angst moments in this book is how desperate Nathaniel was for someone to push his kinky buttons… and this is it?

This is the opening scene and in addition to be especially ridiculous even for an Anita Blake novel contained all of the long standing Anita Blake stalwarts – long windedness, angst, ridiculous description and even when Jason is describing his issues having to take time out to calm down Anita’s ruffled feathers.

Right with that due warning of the ridiculousness within let us delve into the plot. This won’t take long. Jason wants Anita to go with him to see his dying dad (I’ll get back to why in a bit), this is a moment that will be used in a later book with Micah. In both cases Anita actually spends almost no time at all on the grieving loved one and dying relative (Jason actually begs her not to go chasing issues so he can actually focus on his family for five minutes). Unfortunately, Jason looks EXACTLY LIKE another guy who is up to all kinds of naughty shenanigans and is also son of a US presidential candidate who is in town to get married. Hijinks ensue. And by “hijinks” I mean lots of complaining at said candidates security/press detail, before some actual action tucked in at the very end of the book when it turns out said shenanigans are dangerous (and ridiculous).

This is a plot line that your average soap would look at and say “no, this is far too ludicrous.”

Back to Jason’s issue – see, his dad thinks he’s gay because Jason is short, has female friends and likes dance. His dad is a homophobe so we’re treated to lots of very not fun homophobia in a book that has one walk-on lesbian who appears for maybe 2 pages: Jean-Claude has been put in that “heteroflexible” box Laurell K Hamilton loves so much and both Jason and Nathaniel overtly confirm straightness in this book – what starts out to be some kind of clumsy object lesson on bisexuality instead ends up just being a useful tool for everyone to assert the essential straightness (and it is really clumsy, because they use Nathaniel to assert that bisexuality exists… then overtly label him as as straight). To bring comfort to this dying man Anita agrees to pretend to be Jason’s girlfriend. No, really, this isn’t a bad soap storyline, it’s in the book.

Richard also shows up for a whole lot of pointless page filling and he tries to supernaturally rape Anita as well. True love is achieved through mystically forcing people to love you and have sex with you! At least this is called out for exactly what it is – because Anita is the victim, not the perpetrator. Then he goes home. Seriously that’s it. I have no clue why he’s even in that book.

Let’s dive in for another annoying issue with this series – abandoned plot lines. Many of the books will have random side-plots that appear, fill pages, cause a distraction and are NEVER DEVELOPED so end up being a really pointless insert. Case in point – Bartolome and Valentina are STILL hanging around St. Louis for no damn reason. In Danse Macabre we had some mermaids introduced with lots of talk of sirens and power etc etc etc – and this book a tiny side reference saying the mermaids have gone home. End of story, we will never speak of them again. That renders a huge chunk of that book utterly pointless – why was Samuel even introduced? Why did I spend so much time reading about it?

Blood Noir has its own edition: Jean Claude looks weak to the other Masters because Anita has so much power and freedom and they come from a patriarchal time AND think human servants should be under the thumb. Jason and Anita spend page after page discussing it, thinking how to fix it, setting it up for the next plot – and it will never come up in a meaningful fashion again. All of this debate and rambling was pointless and irrelevant.

Let’s hit the inclusion before I hit the booze. Other than Anita we have no meaningful female characters at all. There’s Jason’s sisters and mother who appear for a couple of pages the nice ones hug and make tough-guy-Anita uncomfortable. The nasty one is insulting and nasty. And there’s a bachelorette party full of women who grope Jason and then have to make a mea culpa to Anita. Finally there’s a PR executive who talks about how she gets married thinking of the alimony. Unlike Anita who could never do such a thing.

LGBT people – one of those gropey women is bisexual. But we do get lots of homophobia.

POC, one of the random governor’s bodyguards is Latino. You can tell how meaningful he is by the way I remember his name.

This book isn’t just a bad book. It’s a bad book even by the really low standards set by the later Anita Blake novels. The plot is ridiculous, nonsensical, pointless, irrelevant to the rest of the world and completely ignored for most of the book. Most of the sex is non-consensual. Random woo-woo is used as page filler and we have emotional issues thrown in just to stretch the book out. Top all that off with writing that is overloaded with recap after recap and rehashing of old issues.

I think the cover picture may be a suggestion of what to do with this book should it land on your shelves.