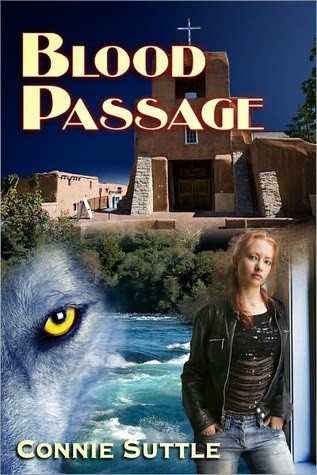 Lissa is finding life as one of the few female vampires difficult – she’s in demand and forced into a relationship she would certainly not choose – definitely not the engagement. Her special powers also make her special to the Council who are more than willing to use her as their tool and instrument.

On top of that, the rules she’s under because of her unconventional siring leave her stifled and controlled and subject to harsh and deeply restrictive supervision at all times. Then there’s the werewolves, as a member of their pack she has been called upon to help the Pack leader try and fix some of the issues of the last book – leading to more duties and repeated danger as she’s again drafted as bodyguard. Danger which only becomes more acute as an ancient enemy starts to test both the vampires and werewolves

There’s a whole lot of people making demands of Lissa and she has little freedom, space or agency in which to be herself.

The ongoing conflict of this book is Lissa feeling trapped and constrained by the vampires around her. And rightly so. She is continually kept in the dark, told to follow orders, never has anything explained, is expected to drop everything and be sent across the world at a moment’s notice. She lives under a death threat from the events of the last book as well as continually compulsion forcing utter and complete obedience. She rarely goes out without escorts, she rarely goes out at all. Even Merril’s training is full of orders without explanations, unpleasant situations and only reasons why after the fact.

On top of this she doesn’t trust any vampires not just because of the death threat she’s under for existing but because of the way Gavin dragged her in to that trial – compelling her so completely she couldn’t even blink without permission and leaving her like this for three days.

Even more on top of all that we have the situation where she is one of only 16 female vampires in the world (there are literally hundreds, if not thousands, of male vampires) and there for she is in high demand to marry one of them – and basically given the ultimatum to pick one for the sake of vampire peace and vampires not all fighting each other for the precious, rare womanfolk. Oh and she has to pick one based on one dance – a scenario which would only be less plausible if the picking were based on her running out at midnight and leaving a shoe behind. This leaves her with a choice that is basically a) Gavin (who scares her for the whole compulsion thing), b) French vampire who scares her and she thinks may want to kill her because of another arseholery plan Wlodek & co have come up with to test Lissa’s abilities without telling her (even after the fact because REASONS), c) strange Russian vampire who scares her and is boring.

This needs more salt in those wounds – so Gavin is then ultra-super-awful possessive and has a habit of ranting and raging in several languages if anything comes near his now fiancée. He is “protective” which basically translates to screaming at her because she goes on dangerous mission which she’s instructed to be part of. And in an extreme case where Lissa was sexually assaulted he outright strips her in front of other people and scrubs her which she protests – the whole thing is revolting.

For some of this book, Lissa is duly angry and enraged by the way she is treated and realised this is forced to tolerate all of this on pain of death. She’s angry and resentful and… it doesn’t last. She’ll be angry over the way she’s treated or tried of Gavin’s ranting and raging – but still maintain a father/daughter relationship with Merril with only the odd passive/aggressive moments. She still loves Gavin (yes, really. I was bemused by the very idea that she would love this man and for very little reason), she remains very friendly with the werewolf who dry-humped her against her will. For that Lissa continually has her clothes taken from her and Gavin continually forces himself into her presence while she’s naked and this is never even remotely treated as outrageous as it is! And it’s not just because she has to put a good face on things and there’s no way out for her – this book is told from her POV, we know her opinions, her thoughts and her emotions. I’m constantly left asking myself why Lissa isn’t more mad, why she is allowing these abusive arseholes around her the pretence of a loving relationship? Why she is actually HAVING a loving, affectionate relationship with them? How does the word “honey” not turn to acid in her mouth? Why is she still maintaining an idea that these men are even close to decent people?

At the end of the book we have a very dramatic turn where Lissa does finally react to the way she has been treated – but it takes another event (where they keep her incredibly ignorant, she reacts to the circumstances they don’t tell her about and she is then punished brutally for her reasonable actions) to finally push her over the edge – and there’s a strong sense that her dramatic snapping moment is due to that event more than the events through the rest of the book. Still, we do, at the end, have a full outraged reaction to how Lissa has been treated the whole book. Which then ends on a cliffhanger.

So that leaves me in something of a limbo on what to think here. Lissa is treated terribly all of this book, but at the end we do have a sense that Lissa is fully labelling what happened to her as appalling and intolerable and quite literally unendurable. Which, as we’ve said before, isn’t a bad thing – abuse and horrendous treatment happen and are definitely elements that can be included in a story – so long as it is labelled as such and not handwaved (then we have skeeviness). This leaves me in a position of withholding judgement on this whole storyline until the next book because it’s an ongoing issue. But I am wary. If we didn’t have that last moment this book would have been a 0.5 fang and had me ranting – now the ranting is delayed.

The story itself isn’t particularly high intensity but I don’t think it’s a bad thing. She has some involvement in vampire politics, but mainly around the edges and how she is being treated but there is a dramatic moment near the beginning that is foreshadowing of a greater meta plot. She spends some time with the werewolves who are recovering from the dramatic events of the last book. There are a series of mini-adventures as they travel around the country. Towards the end of the book that meta-plot raises its head and makes it clear it’s going to be a major element for future books.

In some ways it’s a little disjointed because we have all of these little mini action scenes, but few of them are connected. It’s almost like a lot of teeny tiny short stories with lots of action then the next place. But I think the book needs it – between the vampires and the werewolves and various other sundries there are a huge number of characters in this book. By keeping it focused on Lissa and her plight and keeping the story elements relatively short and simple while still quite action-y we get a chance to revisit all of these characters and re-learn them. There’s a lot of “so who is this guy again?” moments but it’s ok, because we’re shown and told all over again without it being too blatant.  It actually reads very well because of that and, even better, has left me feeling a lot more confident reading more of the series since I have a better idea of the issues, the meta and the people involved. It needed this reinforcement

Back to the skeeviness. There’s a lot of skeevy here and a lot of the skeevy comes from a skeevy world that just isn’t necessary. I’m not a fan of these tropes where the protag is the only/one of the very few female vampire/werewolf/woo-woo in the world. It seems convoluted, unnecessary and just a way to push the idea that women are desirable objects to be claimed while at the same time ensuring the super-special female protagonist doesn’t have many women around her (and Lissa doesn’t, there’s only one woman who hangs around for any length of time and she is a slutwhorejezebelhussy in Lissa’s eyes and derided near constantly). There’s also a strong element of exceptional woman here since not only is Lissa the only non-derided woman who is constantly in the book, but she also seems to have super woo-woo that is more special than any other vampire’s woo-woo because WOO.

It’s used as a weird kind of justification for the whole forced marriage idea (which I still don’t follow – since vampires can and do have relationships with humans. Why do they want an immortal companion when there seems to be little interest in her AS a companion?) Even the whole sexual assault is part of some kind of ridiculous werewolf ritual (that requires dryhumping after execution? Because?) and everyone treats it like a damn joke afterwards.

In terms of POC we’re dealing with some very minor background characters. We do have the introduction of 3 gay characters: a servant and his briefly appearing lover, a vampire who acts as a chauffeur (and practice biting but him being gay is mentioned to calm poor poor Gavin down). They’re pretty replaceable background support staff.